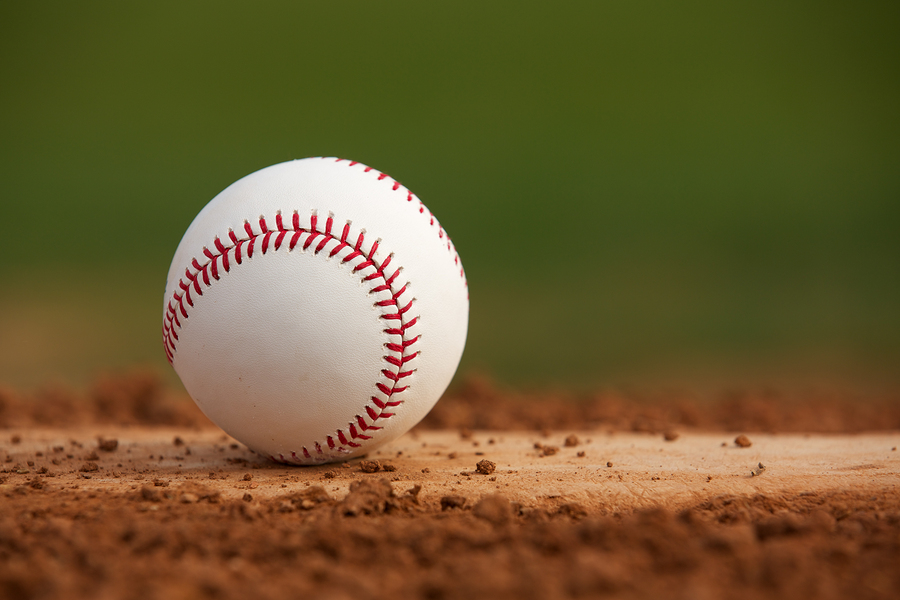 You can learn about leadership from a variety of places.  Researchers Howard Fero and Rebecca Herman decided to study leadership principles in Major League Baseball.  Touring numerous MLB clubhouses and interviewing managers from Tampa’s Joe Maddon to Los Angeles’ Don Mattingly, they developed what they call the 10 bases of leadership.

“Hope is energizing, engaging, contagious, and increases our spirit and ability to be resilient.” -Fero and Herman

Their new book is called Lead Me Out to the Ballgame: Stories and Strategies to Develop Major League Leadership.  It explores the insights learned from the game of baseball and how they apply to leaders in every situation.

I had an opportunity to ask the authors a few questions about their conclusions.

“If you want to be a leader, the first person you have to lead is yourself.” -Mike Scioscia

The idea came to us about 2.5 years ago when we were in a session at a management conference.  As leadership professors and consultants we know how important it is for people in all walks of life to develop their leadership skills and also know that quite often, they just don’t know how to do it.  As we sat at the conference we had the idea to marry together our love of leadership with our other love, baseball. 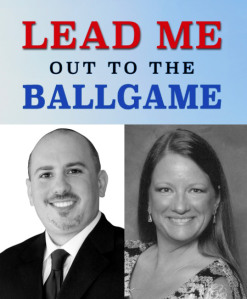 The goals for our project were pretty ambitious.  Without having any idea of how to go about achieving our goal, we decided we wanted to gain access to the players and managers from the 30 teams in Major League Baseball and find out from them how managers lead their teams, inspire trust, manage diverse populations, and deal with success as well as defeat.  Our objective was to take the stories we heard and use them to develop strategies so that people outside of the game could develop their own leadership skills.  We are proud to say that the ten Bases of Major League Leadership that are included in Lead Me Out to the Ballgame come from the interviews we held with 17 Major League Baseball managers and over 100 MLB players and executives.

Our research took us into the inner sanctum of Major League Baseball as we met with managers in their offices and in their dugouts during batting practice, and even on the third base line as they watched their players warm up.  We also met with players in the clubhouses and learned from them some of the unique ways that their managers helped them to achieve success and overcome obstacles.

Your book shares 10 bases of leadership and is broken into 3 major sections:  Leading Ourselves, Leading Others and Leading the Game.  Let’s touch on one of the bases in each section. 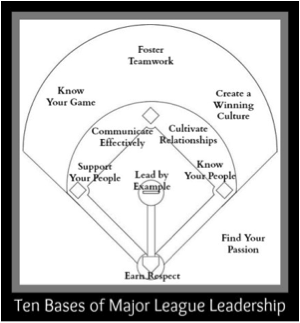 Leading Yourself.  Base number one is finding your passion.  What advice do you have for someone looking for what really makes them tick, what really drives them?

We heard some great stories from managers and players about the importance of not only finding your passion but showing it to those around you.  Ryan Doumit, a catcher, now with the Atlanta Braves, summed up many of the sentiments we heard when he said, “When the leader, the guy at the helm, believes and is passionate, it’s tough not to feel that same energy.”  This is such a great point as it’s not enough for a person to be passionate about what he or she does. To be a leader this passion needs to be seen by others.  In order for an impact to be made on a team, passion needs to be visible so that others will become excited about a goal as well.

Finding one’s passion is something we all need to do; we need to determine what it is we like to do.  Do we like speaking with people and solving problems?  Do we like crunching numbers and seeing the results emerge in front of our eyes?  Do we like teaching others and seeing the light bulb go off when an idea resonates with them?  To each of us there are different things which excite us, and it’s an individual’s task to identify them and determine what careers are a good fit for the things which excite us.

“What I’m most proud of is the culture change, the belief in how it should be done, and then going out there and doing everything they can to make it work and make it happen.” -Ron Washington

Leading Others.  Base number seven is effective communication.  What tips do you have to help leaders communicate vision and inspire others?

This is an interesting dimension to discuss as the managers we spoke with each had different strategies that they used to convey their vision and inspire their teams.  Bob Melvin, manager of the Oakland A’s, spoke with us about how he spends time making sure that all members of his team know their value and their role.  He explained to us that since he was never a player who played every day, he understood how hard it can be to ‘ride the bench’ day after day, never knowing when it’s your turn to play.  Melvin makes a point to let his backup players know when they will come into a game and why the team needs them ready to go each day.  Melvin, like any manager inside or outside of baseball, knows that if his organization is going to be successful, then each member of the team needs to know how they contribute to it.  Whether the organization is a hospital and relies on the maintenance staff to keep the hallways sanitary or a Fortune 500 company who has back office personnel who don’t get the ‘glory’ of the organization’s stars, a good leader will make sure that everyone knows their role and everyone knows how what they do each and every day contributes to the success of the organization.

The 10 Bases of Major League Leadership

Another example of how managers can inspire their teams comes from nonverbal communication…it’s not always the loud manager who gets his or her players to listen.  Joe Maddon, manager of the Tampa Bay Rays, recently brought cologne into his clubhouse and sprayed his players before their game, telling them to quit stinking up the game!  In our interviews we were told by some players that their managers would sometimes leave energy drinks in their lockers as a not so subtle sign that they need to wake up.  We also heard from players and managers alike how important it is for managers to know their players (another base of leadership we discuss in Lead Me Out to the Ballgame) so that they know which players respond best to different styles.  To inspire a team and communicate vision it’s important to know each member of your team and know what it takes to keep each member focusing on their goals.

A winning culture is one where the players on your team want to be a part of the organization and want to work their hardest for the leader as well as the team.  An example of this is the Tampa Bay Rays and their manager Joe Maddon.  Maddon has taken a team that used to be known as the “Devil Rays,” a place where no free agent would want to go, and turned it into the “Rays,” a place where free agents want to play.  Maddon, along with the support of ownership and his General Manager, created a culture where people have fun, can express their individuality, and support each other.  Maddon leads his team by example, showing support and consideration for all the players on his team, and by doing this his players help him to foster that culture by doing the same.

One of the ways Maddon creates a winning culture is through his eccentric methods.  He and his team participate in themed road trips throughout their season where they will dress up in costume as they travel across the country to play a rival team.  Under Maddon’s leadership they have become cowboys, 1950’s jocks, and have also worn ‘onesies’ in their travels.  When we asked Maddon why he has his team dress up (he pointed out that he dons the ‘uniform’ as well), he responded that not only is this for team building and camaraderie, but when the team walks down the streets of New York City dressed in pajamas they are uncomfortable, and that discomfort is best experienced off the field so that when his players are uncomfortable in a difficult situation on the baseball diamond they know how to overcome it.  Maddon has created a culture of fun as well as intensity, one where his team wants to play for him and one where his team will do what it takes so that they as well as their leader can achieve success.

“I find that I push more, and a little bit harder when we’re winning, then I do when we’re losing.” -Bob Melvin

What surprised you during your meetings, interviews and research?

We didn’t have many surprises in our interviews from a leadership perspective.  One thing which we heard from nearly every player we spoke with was that to them, one of the key things a manager does is support his players.  Players at all levels identified this as most important, as when their manager does this they feel more comfortable playing the game.  This is a key dimension of leadership which we can (and should) all add to our equipment bags…we need to make sure the people around us all know that we ‘have their backs’ and will support them in their decisions and their actions.  When people feel this level of comfort they will push harder, take chances, and go above and beyond for their leader and their organization…all keys to long term success.

“For a team in any organization to be successful its players need to believe they can be successful.” -Fero and Herman

Lead Me Out to the Ballgame: Stories and Strategies to Develop Major League Leadership