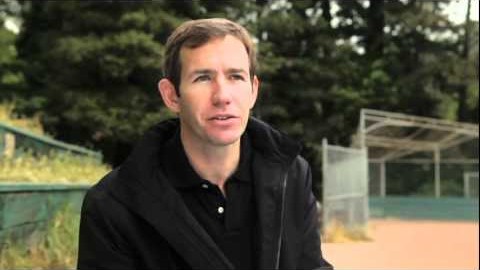 In One Shot at Forever, Sports Illustrated writer Chris Ballard tells the improbable story of a small-town high school baseball team from rural Illinois that defied convention, inspired by its coach, Lynn Sweet, an English teacher with no coaching experience.

What brought this story to your attention in the first place? When did you decide to write the book?

Basically, I got lucky. Two and a half years ago I received an email from a Sports Illustrated reader named Chris Collins. He told me the story of a small town high school baseball team and its unusual coach. He mentioned a Cinderella run, and kids wearing peace signs on their hats, and players who went on to be drafted into the majors. I was intrigued enough to talk to Chris on the phone and, when that went well, fly out to meet the coach, Lynn Sweet. All it took was an afternoon with Sweet for me to fall in love with the story. Here was a man—complicated, charismatic, controversial, kind, good-hearted—that I knew readers could root for. Then there was the tale itself, redolent of Hoosiers and full of natural drama.

The resulting SI story was titled “The Magical Season of the Macon Ironmen” and it ran in June of 2010. We were blown away by the response. Something about that team, and Sweet, really struck a nerve. For weeks, the letters poured in—more than I can remember for any feature story at SI in a long time. People nominated Sweet for “Sportsman of the Year,” and wrote of re-reading the story on tear-stained pages. Many wanted to share their own stories of coaches and small towns and long-forgotten teams. Within weeks, a half a dozen film producers had called. It was overwhelming.

It was about two months later that I decided to write the book. It just felt like there was so much more to the story than I was able to get into the 10,000-word magazine story: themes of loss and hope and coming of age. Plus, I genuinely liked the people I was writing about, which is crucial with a book like this that is so tied to the main characters. 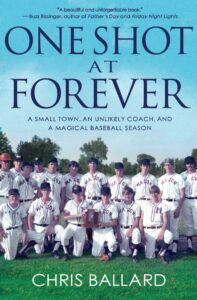 Coach Sweet somewhat unexpectedly arrives in Macon, Illinois. He sweeps into town and is a completely different type of person. What was he like and how did the town react?

Sweet was the son of an Army Sergeant who had, in his words, “broke the other way.” He’s this 22-year-old liberal-minded English teacher who’s exploring life and embracing the changing times. Macon, on the other hand, is a town of 1,200 in the middle of Illinois that remains stuck in the Eisenhower era. Short hair, unquestioned patriotism, conservative values. The clash was almost immediate. In particular, the principal and school board had no idea what to make of Sweet, who arrived in town in a red Mustang. He frequented the local bars, threw out the entire English curriculum, refused to engage in corporal punishment and grew out his hair to complement a killer Fu Manchu mustache. If it weren’t for the fact that the students loved him – and for baseball – he would have been fired within a matter of years.

Never to Be Repeated

No school as small as this one had ever been in the state finals before. I believe that is still true? When did the town start to believe that winning it all was possible?

No school that small had nor will one ever again. As happened in so many states in the ‘70s, Illinois went to class divisions in high school sports. So now small schools play only small schools and large ones face off against other behemoths. The idea of a school of 250 like Macon playing, let alone beating, a school of 5,000 like Lane Tech is unimaginable.

As for the town, it took a while to come around. Mainly because they couldn’t understand Sweet’s coaching methods. The standard at the time, especially in the Midwest, was for coaches to ape Vince Lombardi. It was a militaristic approach—players were to follow orders. Then in comes Sweet and he lets his players run practice on occasion, and choose their own positions. He treats them like adults, not kids, and then, day by day, finds ways to boost their confidence while helping mold them into men. At the time, that kind of approach was incredibly unusual, not to mention threatening. One of my favorite quotes in the book comes from a rival coach during the state tournament, who grumbled to a reporter that Sweet had “set back Illinois high school baseball ten years.” 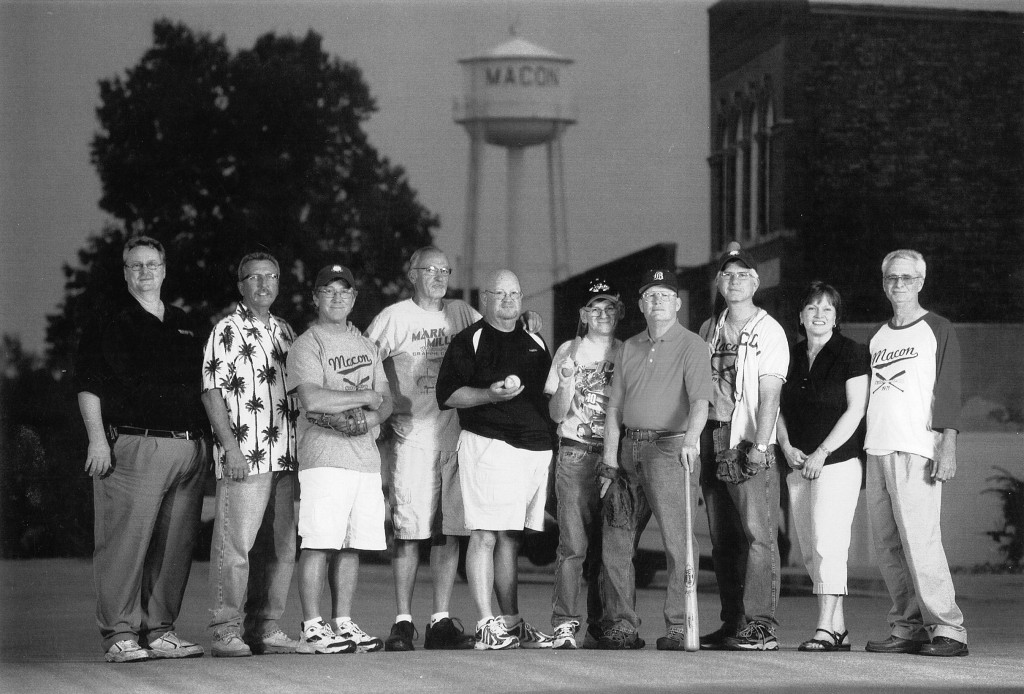 This is a story about baseball, but also about small towns. The fact it is in a small town setting is magical. How did this season change or define the town?

I think you need to have lived in a small town, or spent a lot of time in one, to understand the power of events like this. Macon was literally a pencil point on a map. People upstate had never heard of it. And here it was on the front page of the Chicago Tribune. When the Ironmen made it to the state semifinals, nearly the entire town drove to Peoria to watch the game – estimates put it at close to 1,000 of the 1,200 residents. That’s pretty remarkable. People I talked to said you could have walked into any house in Macon that day and taken whatever you wanted, that it was like a ghost town.

What’s more, this came at a powerful time for Macon. The country was in an economic spiral, crop levels were down because of blight and a drought, and Vietnam was in full swing. This was something the town could grab hold of and own for itself.

Tell us about your writing process for this book. Did you do all the research and then sit down and write? It’s so real that it seems like you must have lived there.

My strategy was to visit for a week or so at a time and do immersion reporting in the area, gathering as much as I could. Libraries, city council records, school board minutes, taped interviews, up to 16 hours a day. After processing it all, I’d return a few months later with a new focus. I was fortunate in that Sweet and the players were accommodating hosts and most everyone I spoke to in Macon went out of their way to help me.

The next step was to track down the players and Macon residents who’d dispersed across the country. Once I located them, I either visited them in person or interviewed them on the phone.

When I felt like I had enough, I began writing. Near the end, I made one final trip to tie up loose ends, by which point I felt almost like a local. That trip also ended up providing the coda to the book.

The title is fabulous. Did you write that first? When did it come to you?

Thanks. For a long time the working title was “Ironmen” but only because neither my editor or I could come up with anything better. Then, near the end of the writing process we decided to brainstorm new ideas and came up with about 20, many of which were decent. It was about a week later, while out having a beer with a friend, that “One Shot at Forever” occurred to me. I liked it because it alluded to not only the season but its lasting impact, which is one of the themes of the book. I also considered “The Forever Season,” and my friend mentioned making it “One Swing at Forever” to directly reference baseball, but neither had the same ring, at least to my ear.

Was there anything that really surprised you as you researched and wrote the story?

Plenty, but at the top of the list would be the power of the memories for the players, and the different ways they carry that season with them. It’s been forty years and it’s still creating ripples, large and small, in their lives (something I get into in Part III of the book). I think part of it has to do with that period of time. Being a teenager is such a formative stage, and high school sports are—for most of us at least—our last chance to be a hero in the sporting realm.

Leadership is influence. Coach Sweet made a difference in these kids’ lives. What is it that makes a good leader? What can we all learn from Coach Sweet?

What Sweet realized early on was that you’re better off empowering kids than trying to contain them. He wanted his students, and his players, to push boundaries and question convention. Just as important, he believed in them. That’s a very powerful thing for a 16-year-old boy, to have an authority figure who believes in you and tells the world this. It’s no surprise that the kids—now men—still love Sweet, just as each new class of players did for years after that.

For more information, see One Shot at Forever.