Silent Intelligence: What A Smarter World Will Mean For You 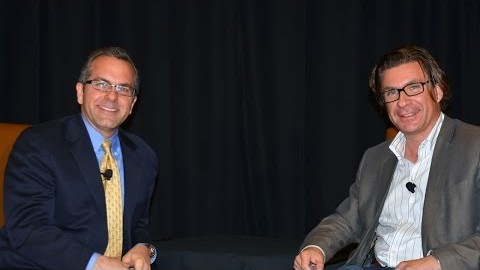 Everything Will Be Smart

The Internet has connected people in a way that has transformed the world.  From e-commerce to e-mail, from social networking to videoconferencing, from high-speed wires to wireless, technology has transformed life as we know it.

What’s next is the Internet of Things (IoT).  In addition to connecting people, the Internet is now connecting things: objects, machines and networks of sensors.  Your refrigerator, your car, your security system.  Nearly anything you can think of can be connected to the Internet.

“Business is going to change more in the next ten years than it has in the last fifty.” Bill Gates

Imagine a smart garden where the soil signals it needs water.  Smart medical devices that transmit exact health data to your doctor in real time, allowing medications to be administered and monitored.  Smart cities that move electricity just where it is needed.  Smart thermostats are here today, sensing your habits and making adjustments without you touching anything.

I recently had the opportunity to talk with one of the book’s authors, Daniel Obodovski, about the Internet of Things and the changes ahead for all of us.

“All creative people want to do the unexpected.” –Hedy Lamarr

“Cheap, functional, reliable things unleash the creativity of people who then build stuff that you could not imagine. There’s no way of predicting the Internet based on the first transistor.” — George Whitesides

The Silent Intelligence: The Internet of Things

4 Ways to Get Appreciated at Work