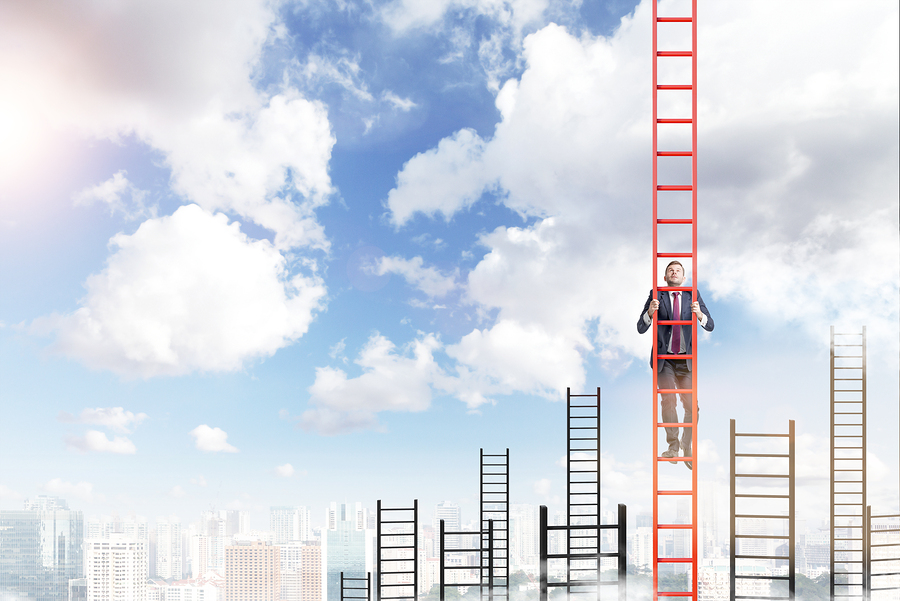 Walking through a busy convention floor at Book Expo America, I nearly bumped into him as I dodged through a publisher’s stand on my way to an appointment. It was one of those chance meetings, the ones you don’t expect but you figure somehow it was arranged or planned to happen just that way.

Dr. Samuel R. Chand and I collided, and it started a conversation about leadership and what makes it possible. After our meeting, I had the opportunity to read his books and soak in his ideas. I’m delighted to introduce him to you and share some of our conversation.

“The best use of power is to give it away.” –Sam Chand

The Story Behind the Ladders

I want to know the story behind your work. How did you first develop the idea for your books?

The story behind my book Who’s Holding Your Ladder? was an epiphany and came from my experience in 1999 in Long Island, NY.

Waiting for someone to call me into the auditorium, I stared out the window. As I meditated on the points I wanted to cover as a featured speaker at this leadership conference, something in the street below caught my attention.

A man stood on a ladder painting—not that uncommon a sight. I smiled, remembering my student days in college. I had spent my summers doing that kind of work. Yet I couldn’t take my eyes off the man. For several minutes, I watched his graceful motions as he moved his brush and roller across the surface.

As I watched, I noticed that this painter was only covering a limited area. He stretched as far as he could to the left, to the right and even reached above his head. It also occurred to me that he was only going to the height that he was comfortable at, even though the extension ladder he was using could reach much higher.

From my painting experience, I remembered that once I was on the ladder and had the necessary resources, I painted a much larger area before taking the additional time needed to climb down and relocate the ladder. It was an efficient method.

“Why isn’t he going higher to paint all the way up? What would allow him to go higher?” I asked myself. Then I saw the reason—no one was holding his ladder. By himself, the painter couldn’t go any further. He had done everything he could by himself. He needed help. 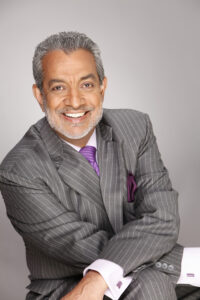 As I watched his graceful strokes, I realized the leadership parallels. Whether we’re talking about churches, businesses or non-profit organizations, the effectiveness of a leader depends on the person or persons holding the ladder—those who are in support roles.

Then another thought struck me: Those who hold the ladders are as important as the leaders themselves.

The visionaries could have all the training possible, the most expensive equipment, years of experience and knowledge about painting, and a blend of expertise and passion about their craft. But that’s not the deciding factor. The ladder holder determines the height to which the ladder climber ascends. “That’s it!” I cried aloud. “Those who hold the ladder control the ascent of the visionaries.”

My book Who’s Holding Your Ladder?: Selecting Your Leaders: Leaderships Most Critical Decision explains this powerful concept. It explains the need for qualified ladder holders and the necessary qualifications, differentiates between leaders and managers, and describes how you can turn your ladder holders into ladder climbers.

“The only time you start at the top is when you’re digging a hole.” -Sam Chand

I love your focus on those who hold ladders. How should leaders acknowledge the ladder holders?

The greatest acknowledgement is for leaders to recognize that no one would be the leader that they are today had it not been for someone holding their ladder. There’s no such thing as a “self-made” person. Someone gave us our first break. Someone took a risk and believed in us. Someone leveraged their credibility for our sake. Someone forgave us and gave us another chance. Someone knew we had messed up yet defended us to those who wanted us vanquished. Someone funded that shaky idea. Someone gave us our first job. Someone…

Therefore a spirit of humility and dependency will be the attitude that exudes appreciation for our ladder holders.

“More than anything, leadership is about managing expectations.” –Sam Chand

Pick the Right People to Hold Your Ladder

You talk about the kinds of people we don’t want to hold our ladders. Tell us more about that. Why is it important? How do you pick the right people?

Much is said about the qualities we do want in our ladder holders, but my ladders (life) has taught me four kinds of ladder holders I don’t want.

Choosing the right people is about observing them as your ladder holders. If I was on a 45-foot extension ladder, would I choose her as my ladder holder? Your answer and subsequent decision defines you as a leader.

“The most important decision leaders make is to select the right helpers.” –Sam Chand

The Why is More Important than the How

Why is sharing the “why” more important than the “how”?

I know this: Those who know “how” will always work for those who know “why.” Since every good leader wants to make sure that their ladder holders also become ladder climbers, we must invest in deeply exploring the “why” which will empower the “what” and “how.” That is why, tying everything an organization does to its mission is crucial to sustainability and scalability.

“We lead people, but we manage things.” –Sam Chand

Some people may just not want to hold a ladder. They see themselves as “above that” even though it’s the best way for them to watch a leader and grow. What do you say to these people?

People who see themselves as “above” anything are already on a downward slope and don’t even know it. Ladder holders help others succeed. They are as excited to see others move higher as they are for their own successes. I would say to such a leader, “Don’t think higher of yourself than you really are. For you to go higher now, you will need ladder holders more than ever before. Think lower of yourself and higher of your ladder holders.”

5 Qualities of A Leader

What qualities do you most look for in a leader?

Let me use an acronym to describe the 5 qualities I look in a leader. The word is STAFF.

S = Strong—people who can handle instruction and correction.

T = Teachable—people who are still curious and want to learn.

A = Attentive—people who learn quickly.

F = Firm—people who are not blown around by manipulative people.

F = Faithful—people who believe in me (trust) as a leader. 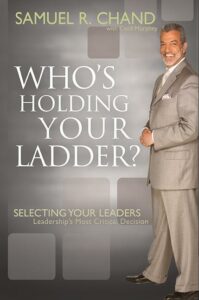 Develop a Culture of Positivity

How does a leader best develop a culture of positivity where everyone is inspired to develop others?

A culture that is inspired to develop others is contingent on one thing: their sense of self. By that I mean people who know that they didn’t get there on their own but are a sum product of many others who have invested in their lives.

Anytime you see a turtle sitting on a fencepost, you know one thing: The turtle didn’t get there by itself.

“The leader has to be practical and a realist, yet must talk the language of the visionary and the idealist.” –Eric Hoffer

3 Lessons from the Star Spangled Banner

How Leveraging the Network Can Help Your Business Grow