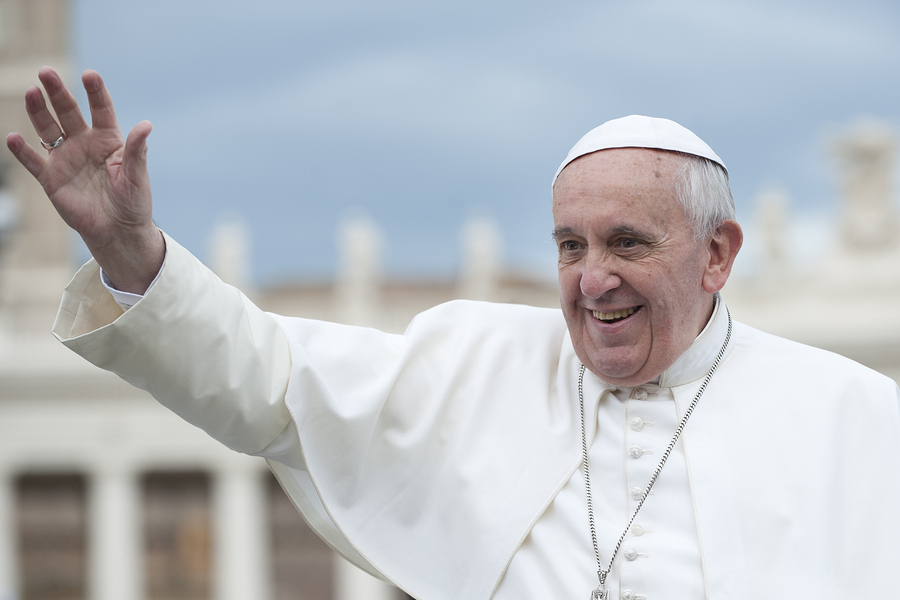 On March 13, 2013, 115 cardinals cast votes inside the Vatican to elect the next pope of the Roman Catholic Church.  At 19:06 local time, white smoke could be seen drifting upwards following the election.  The new pope, who would take the name Pope Francis, emerged from the conclave as the new leader of a global organization facing a number of serious issues.

Stepping onto the world stage, this new pope would inspire everyone with his humility and his concern for the poor.  And, in so doing, he demonstrated a new model for leadership.

“Leadership is the ability to articulate a vision and get others to carry it out.” -Jeffrey Krames

Jeffrey Krames has written a new book about the pontiff, Lead with Humility: 12 Leadership Lessons from Pope Francis.  He offers a practical guide for how any leader can take the same principles to become an authentic and humble leader.  I asked Jeff a few questions about his research.

What is it about Pope Francis that has made him so incredibly popular?

He is absolutely the real thing. I call him “The Authentic Leader.” How rare is that today? No political leaders seem to do anything for the betterment of anyone but themselves, and only after polling the issue. That is the opposite of Pope Francis, who is the most compassionate pope I have experienced in my lifetime. It is why I have dubbed him the “anti-Hitler.”

“If we can develop a truly humble attitude, we can change the world.” -Pope Francis

Advocate for the Least of These

What attracted and inspired you, as a Jewish author, to research and write a book about the new Catholic pope?

The answer above answers this question in part. Growing up in a “Holocaust household” is a very difficult thing to do.  There are ghosts of all the people who have perished (and now my kids must grow up as third generation survivor).  So I see Francis as the first person in my lifetime amazing enough to earn the moniker of the anti-Hitler.  He is the 21st century’s answer to the 20th century’s most malevolent mass-murderer.  Hitler hated and attempted to eradicate what he felt was society’s worst.  Francis works every day to lift up the people who have the least—the ones who have been relegated to “society’s dustbin.”

Pope Francis continues to gain popularity and press every month.  How will Pope Francis influence leaders in other organizations?

If people see Francis as the great leader he is, then they can work toward the example he has set as an authentic and humble leader. It is precisely why I wrote Lead with Humility, so that others can discern the best of Francis and incorporate it into their daily playbooks.

Pope Francis leads with humility.  You point out numerous examples of this.  Would you share a few of these with us?

When Francis was elected, he was asked to step up on a short pedestal to greet the thousands who had gathered in St. Peter’s Square. He refused, saying, “I like it down here.” He refused to put himself above anyone. And that was within minutes of his election. He also asked the people gathered to say a prayer for him—also unprecedented—in essence saying he “would need all the help he can get.”

Another example: Before he became Francis, he was Bergoglio. Bergoglio became known as the “Bishop of the Slums” of Buenos Aires. There he would wash the feet of teenagers and youngsters who were hooked on “paco,” which was the poor man’s cocaine. He also drank “mata,” the Argentinian tea with everyday people by roaming the back alleys of poor neighborhoods.

Is this something that can be taught? Or are some people simply more humble in leadership practices than others?

Humility can be taught and learned. Pope Francis taught himself to become humble. He said it did not come naturally to him. 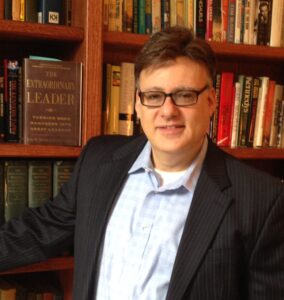 By doing the things he did as Bishop of the Slums, he became far more humble. I think it all starts with a mindset. You must accept the fact that you do not have all of the answers. Pope Francis admitted that when he put together an [unprecedented] advisory panel called the Vatican 8 or V-8. Only one of the eight advisers is from Europe. I call that group his “board of directors.” Any good leader can do something similar. Have breakfast once a month with a carefully selected group of peers. And have breakfast once a month with people lower down the hierarchy of their organization(s).

What are some of the benefits you see in leading with humility?

People respond differently to people of humility. That is why I was so stunned that no commercial publisher has ever published a book with “humility” in the title. People want to work with people who are humble. No one likes the know-it-all who thinks that he (or she) has all the answers.

Let’s touch on two of the leadership lessons you discuss in the book.  “Avoid insularity.”  Tell us more about that and how do you eliminate insularity?

As mentioned above, having lunches and breakfasts with different constituencies will help leaders get closer to their customers and other key groups (suppliers, employees, etc.). Another great way to avoid insularity is to copy what the U.K. retailer Tesco does. In that company, all senior managers must spend at least one week working in one of their stores so that they can better understand their customers and employees. They do it “under-cover.

You also talk about the “optics of decision making.”  Why is this so important and what does his leadership teach us? 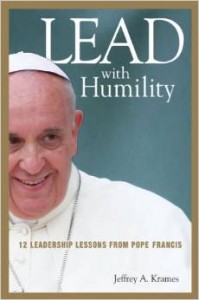 Great question.  Let’s take Barack Obama. After the U.S. president learned that an American journalist had been beheaded and that the video was on the Internet, what did he do?  He made a strong statement (a good thing), but then went to play golf (the worst thing he could have done).  Contrast that with Pope Francis.  When he had to make a confession he simply got down on one knee before a simple priest in a kiosk-like tiny church in St. Peter’s Square.  If that priest was good enough for visitors, it was good enough for him.  That was great decision-making, and great optics.