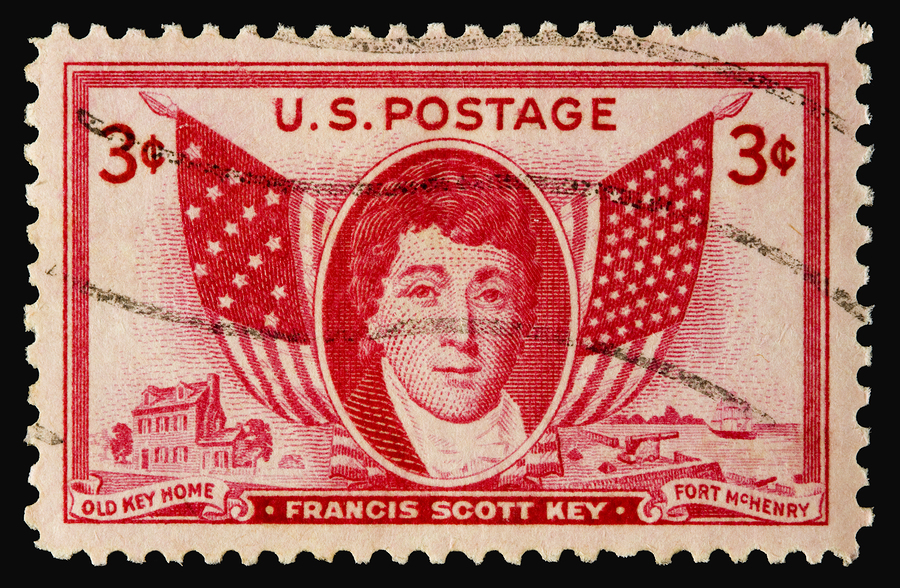 The History Behind the Star Spangled Banner

The year was 1814. The United States and the United Kingdom were at war.

In mid-September, the British began to attack the city of Baltimore. Guarding the city, Fort McHenry came under heavy fire from warships in the harbor. Only a week prior, Francis Scott Key had learned of the impending attack while on a British ship. Because of his knowledge, the British blocked him from leaving his ship.

That’s why Francis was on his ship that night, watching the sky light up. Shells weighing up to 200 pounds fell on the fort at an alarming rate nearly every minute. The attack was so extensive and continual that the outcome of a British victory seemed certain.

But early on the morning of September 14th, Key saw the American flag signaling the American win. That flag was 42 feet across and flew proudly over the Fort.

You know what happened.

He penned the words that would become the national anthem of the United States of America, The Star Spangled Banner, though the initial title was the Defence of Fort McHenry. The song had four verses, but we only sing one.

Oh, say can you see by the dawn’s early light,
What so proudly we hailed at the twilight’s last gleaming,
Whose broad stripes and bright stars through the perilous fight,
O’er the ramparts we watched were so gallantly streaming?
And the rocket’s red glare, the bombs bursting in air,
Gave proof through the night that our flag was still there;
Oh, say does that star-spangled banner yet wave,
O’er the land of the free and the home of the brave?

3 Lessons for Leaders from the Star Spangled Banner

When I reflect on these events, I think of three lessons:

Preparation is the key to winning. Major General Samuel Smith showed a fierce determination to defend Baltimore. His extensive preparations were vitally important to assure the American victory.

When inspiration strikes, take action. Immediately. Key started to write key lines in the moment. Imagine if he waited to pen the poem until later when he was safely at home. We likely would never have heard of it. If you’re half asleep with a great idea and think, I’ll do that tomorrow, think again.

“Every accomplishment starts with the decision to try.” –John F. Kennedy

When you have a goal, be bold. Signal to yourself and to others in a way that leaves no room for doubt. The flag atop Fort McHenry was 30 feet high, 42 feet wide and each stripe was 2 feet tall. Major George Armistead wanted the flag “so large that the British will have no difficulty seeing it from a distance.”

“It’s not the smart that get ahead, but the bold.” -Robert Kiyosaki

So whatever your goals are this year, remember to:

Be bold. Prepare to win. And act on your inspiration immediately.