What Coffee, Hats, and Brooms Teach About Servant Leadership 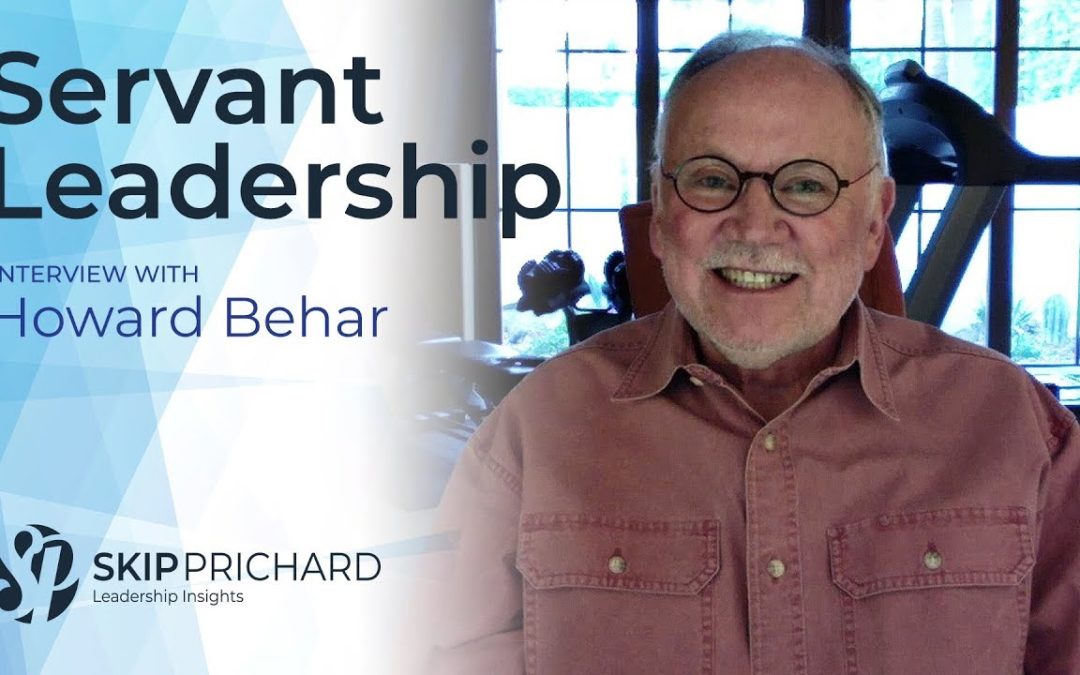 Click above to watch the video interview with Howard Behar
“

“Leadership is about being of service to others, not being served by others. Be a mentor, not a boss.” -Howard Behar

The Importance of Servant Leadership

I have had the privilege of giving keynotes on servant leadership all over the world. I’m passionate about this leadership style, and I am always reading and learning all I can about it.

That’s why I am thrilled to talk with Howard Behar. Howard is the former President of Starbuck’s North America and the founding President of Starbucks International. When he joined, Starbucks had 28 stores and he helped grow it to over 15,000 stores on five continents. He was also on the Board of Directors for twelve years.

What I love about Howard is this: he could have stopped and enjoyed the fruits of his labor. But he instead mentors and teaches on servant leadership. He wrote two books:

It’s Not About the Coffee

“The person who sweeps the floor should choose the broom.” -Howard Behar

We talked about a range of subjects:

Why he is passionate about servant leadership

How leaders instill servant leadership in a large organization

What servant leadership is and is not (hint: it’s not about being nice!)

We talked about company mission, purpose, and accountability, about wearing one hat, about brooms, and empowerment, and we learn the mega-successful Starbucks drink that almost never happened!

I end by asking this amazingly successful leader how he stays humble in the midst of success.

I hope you enjoy the interview and his two books.

“Our success is directly related to our clarity and honesty about who we are, who we’re not, where we want to go, and how we’re going to get there.” -Howard Behar

For more information, see It’s Not About the Coffee and The Magic Cup.

Don’t miss the secrets of success

How Leaders Can Be Humble in an Age of Arrogance

Use Your Gut to Make Smart Business Decisions