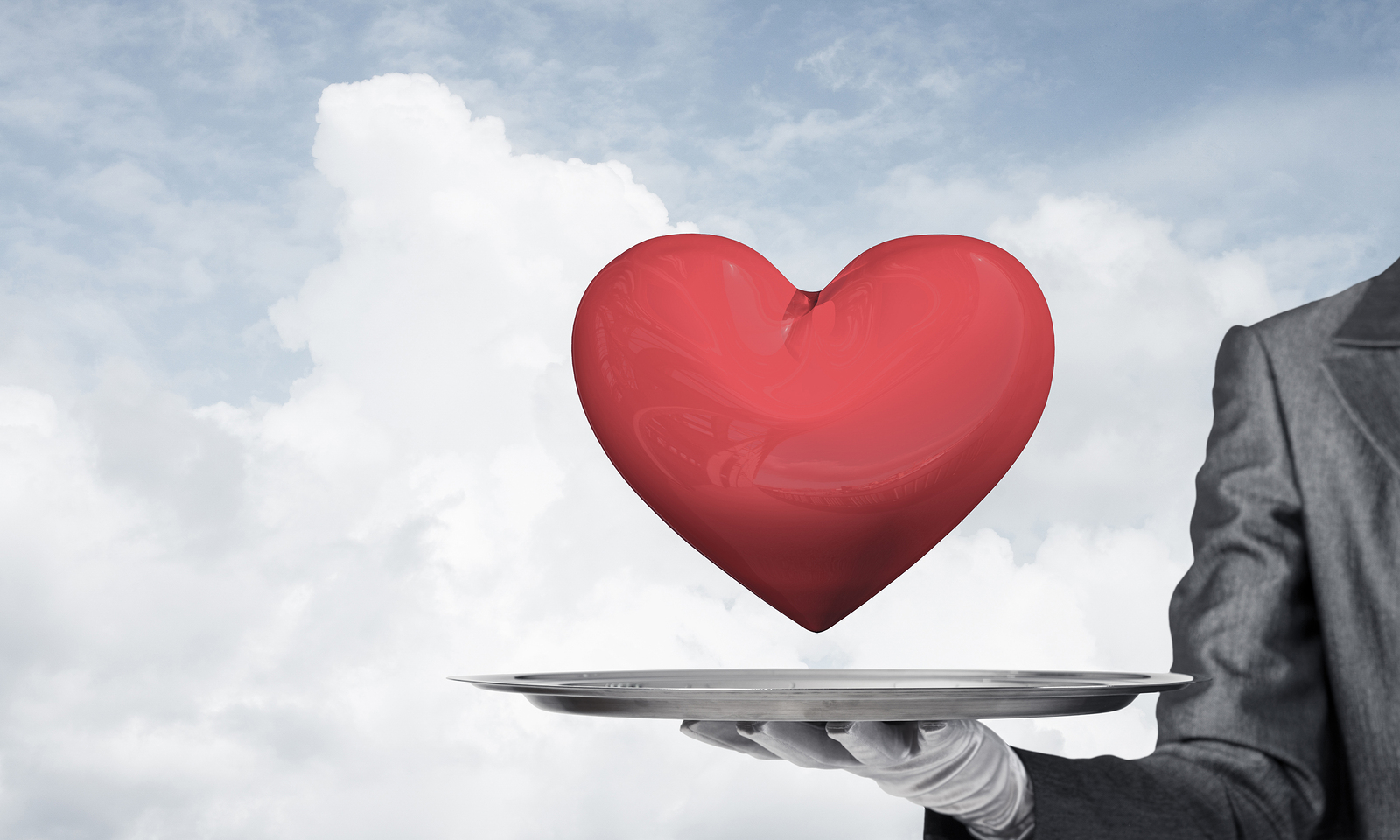 What Is Servant Leadership?

What do you think of when you hear the term servant leadership? Do you picture a workplace culture where managers and direct reports work side by side, set goals, collaborate on projects, solve problems and celebrate victories together? Or do you picture a chaotic scene from a movie where the inmates are running the prison?

If you don’t understand servant leadership, it may be because you think people can’t lead and serve at the same time. But they can, if they recognize that there are two kinds of leadership involved in servant leadership: strategic and operational.

Strategic leadership has to do with vision and direction. It’s the leadership aspect of servant leadership. Leadership is about going somewhere. If you and your people don’t know where you are going, your leadership doesn’t matter. A compelling vision ensures everyone is going in the same direction. Once the organization has a compelling vision, they can set goals and define strategic initiatives that help people know what to focus on right now. The traditional hierarchical pyramid is effective for this part of servant leadership because, while the leader should involve experienced people in helping to shape direction, the ultimate responsibility remains with the leader and cannot be delegated to others.

As soon as people are clear on where they are going, the hierarchical pyramid is philosophically turned upside-down. Now the leader’s role shifts to a service mindset for operational leadership, which has to do with implementation. The question now is: How do we live according to the vision and accomplish the establish goals? Implementation is the servant aspect of servant leadership. It includes policies, systems, and leader behaviors that flow from senior management to frontline employees—and make it possible for people in the organization to live according to the vision and values and accomplish short-term goals and initiatives.

These two aspects of servant leadership establish the culture of an organization: the service-oriented environment that surrounds employees and customers on a daily basis.

Robert K. Greenleaf coined the term servant leadership in 1970 in an essay titled “The Servant as Leader” and published widely on the concept for the next twenty years. The most effective managers and top thought leaders have been writing and speaking about servant leadership ever since. Today, the world is in desperate need of a new leadership role model. We have all seen the negative impact of self-serving leaders in every sector of society. That’s why today, servant leadership is more than a theory—it is a movement whose time has come.

In the new book I just finished coediting, Servant Leadership in Action, forty-four celebrated servant leaders—authors, experts, and servant leadership practitioners—share their perspectives on this proven, but for some still radical, leadership model. Here are a few examples.

“Trust and servant leadership share (a) similarity in that both are built on intent. Intent—your motive, your agenda—may be tangible and invisible. But don’t think for a moment that it is hidden. People sense your intent in everything you say and do.

“Think about positional leaders. What is the intent of leaders who drive change purely through the force of their position in the organizational hierarchy? To generate business outcomes first. If they can do so while also creating a win for other people, that’s certainly a nice bonus. But when tempted with a forced choice, they will go straight for the results even if it means that people get bruised in the process. I’ve worked with plenty of those leaders. At the end of the day, positional leaders are self-serving.

“Servant leaders are motivated by caring and the agenda they seek is mutual benefit.” -Stephen M.R. Covey

“Servant leaders are different. Their intent is purely and simply to serve others—coworkers, customers, partners, communities. Servant leaders are motivated by caring and the agenda they seek is mutual benefit: ‘I want to win—but it is even more important to me that you win.’ I have worked with plenty of those leaders as well. When their intent was pure, I knew it. I never needed to second guess their agenda or motive. And, significantly, I wanted to give them my best in terms of quality work and personal loyalty. They truly inspired me to perform better and they absolutely brought out the best in me.”

In ”A Servant Leader’s Focus,” James Ferrell, managing partner of Arbinger Institute, reminds us that servant leaders aren’t found only in the workplace as he touches on the concept of counterfeit service—and compares it to the real thing.

“At times, we might be tempted to congratulate ourselves for all the good we do for others—for all the service we render. Perhaps, like me, you have too often been this counterfeit kind of servant leader—the person who wants to be noticed, seen, appreciated, and thanked. This is why it is almost an overpowering experience to be in the presence of someone who is devoid of such self-concern, and whose efforts truly are for the good of others. What a blessing it is to know them, and to be known by them.

My mother was this kind of person. She passed away from brain cancer fourteen years ago. A few years before she passed, when life was good and there was yet no hint of the trial she would face, she sat down at the piano in our home. Earlier she had spoken with one of our young children, Jacob, about his favorite children’s songs. He named twenty-four of them. My mother sat down at the piano to record herself playing and singing all twenty-four of her grandson’s favorite numbers. She recorded those songs on side A of the cassette tape she was using. When she had finished, she turned the tape over and recorded the same twenty-four songs on side B—just so that Jacob wouldn’t have to rewind the tape in order to listen to the songs again. I still have that tape. It is a reminder of what true service looks like.” 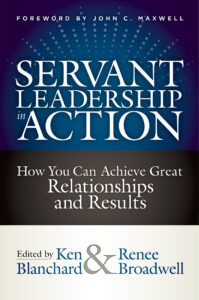 In Rico Maranto’s chapter “Waste Connections: A Servant Leadership Success Story,” he gives readers a step-by-step account of how his company’s CEO, Ron Mittelstaedt, turned the company around by implementing servant leadership. But it’s not a quick or easy fix!

“Mittelstaedt knew servant leadership would be a monumental change in the organization’s culture.

‘It was like pushing a snowball uphill for two years,’ he says. ‘There were a lot of dissenters because the concept was so foreign. People thought it wouldn’t work. They wanted to keep doing things the way we had always done them.’

President Steve Bouck says, ‘The managers were skeptical. They would say, “We’re running a lot of trucks and we’ve got a lot of work to do. If I tell an employee what to do, they’d just better do it.” Helping managers adopt servant leadership required constant, persistent communication and alignment of incentives.’

COO Darrell Chambliss adds, ‘Implementing servant leadership is hard. It requires continuous reinforcement. We still constantly talk about it and spend resources on it. Unless an organization is committed to doing that, servant leadership will become a dusty book on the shelf.’”

If you are still wondering whether servant leadership works, in “Don’t Mark My Paper, Help Me Get an A,” Garry Ridge, CEO of WD-40 Company will give you his answer.

“Does this work? You’d better believe it. In the tough economic years of 2010 to 2012, we had the best financial results in the history of our company. In our 2016 annual Employee Opinion Survey, the following were the five questions with the highest percentage of people indicating an affirmative answer:

Servant Leadership in Action is packed with first-person stories that don’t simply describe servant leadership, they bring it to life. Readers are able to put themselves in the picture and envision the difference a servant leadership culture could make in not only their lives but also the lives of everyone in their workplace, their household, and their community.

If you’re still on the fence, I have a question for you: Are you here to serve or to be served?

I hope you consider the benefits of implementing servant leadership in your organization—and the idea that human beings, working together in service to each other, can make a real difference in the world.

“Are you here to serve or to be served?” -Ken Blanchard 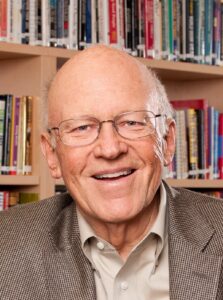 Ken Blanchard is one of the most influential leadership experts in the world and coauthor of more than 65 books, including the groundbreaking best seller The One Minute Manager®. His books have combined sales of more than 21 million copies in 42 languages. In addition to being a renowned speaker and consultant, Ken is cofounder and chief spiritual officer of The Ken Blanchard Companies, an international training and consulting firm started by Ken and his wife, Margie, in 1979. His new book, Servant Leadership in Action, is a collection of essays from 44 of today’s top servant leadership authorities and practitioners.

Check out Skip’s new book and get FREE bonuses when you order. Fill out this quick form.