How to Compete Like the World’s Most Innovative Leaders 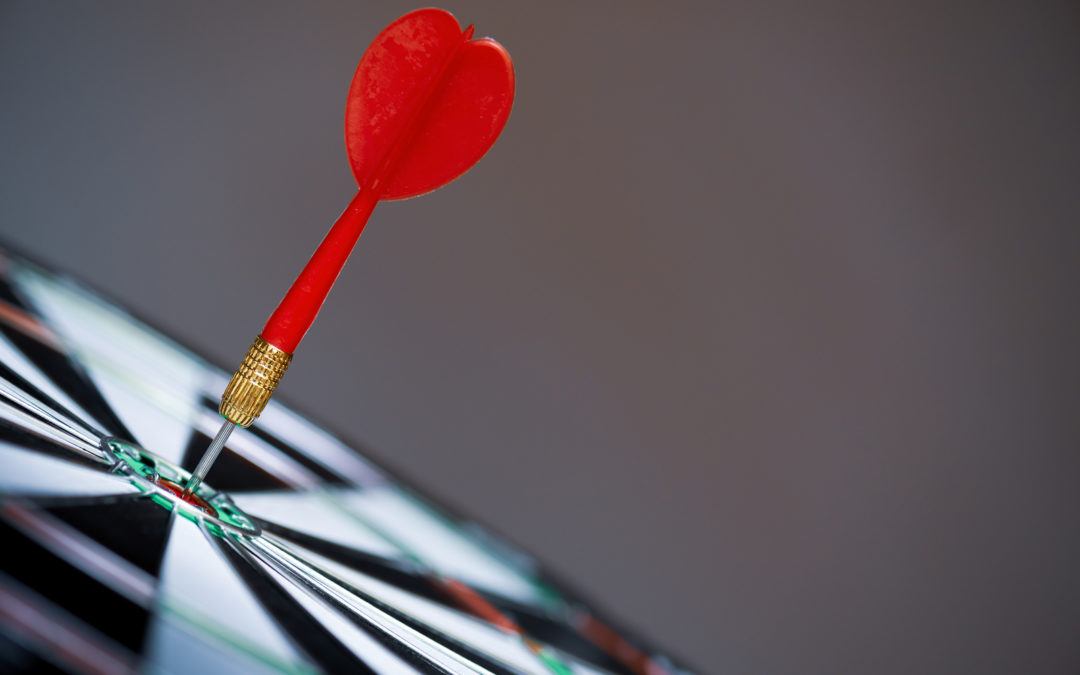 A great idea may not be enough to build a great business. Whether you have invented an amazing new technology or product, you could still fail.

And one of the most overlooked reasons for entrepreneurial failure is innovation capital.

That’s why I enjoyed talking with Jeff Dyer who, along with Nathan Furr and Curtis Lefrandt, wrote a new book, Innovation Capital: How to Compete and Win Like the World’s Innovative Leaders. He offers a unique perspective on innovation and winning in the marketplace.

Why is it that Thomas Edison succeeded wildly while Nikola Tesla died penniless?

It’s a fascinating study, one that echoes my constant inquiry of the difference between success and failure.

Jeff Dyer is the Horace Beesley Distinguished Professor of Strategy at Brigham Young University’s Marriott School and an adjunct professor at the Wharton School, University of Pennsylvania. He is widely published in numerous business journals.

“If you keep following the edges and watch what the youngsters are doing, it gives you a pretty good idea of what’s coming.” -Indra Nooyi

Lessons from Tesla versus Edison

You have a book that teaches creativity, one that teaches how to test and validate those ideas, and now this one which is unique. You are teaching what separates successful innovators from those who struggle. I love how you use Tesla and Edison to drive this point home. Would you share that briefly?

The dangers of not understanding, or overlooking, innovation capital are illustrated by the battle between two great inventors: Thomas Edison and Nikola Tesla.  Edison was known as a practical inventor who produced inventions largely through trial and error. He is credited with inventing the phonograph, the motion picture camera, the alkaline battery, and, most importantly, the electric light bulb and the accompanying distribution system for electric power.

By contrast, Tesla grew up in Europe and showed early signs of genius. His ability to perform integral calculus in his head led his tutors to think he was cheating.  Tesla’s genius and education led him to develop the foundations for electric induction motors, wireless telegraphy, radios, neon lamps, and remote control. In fact, his inventions in three-phase electric power and alternating current eventually enabled the global distribution of electricity as we know it.

Although Tesla’s ideas arguably were more brilliant, he was unable to commercialize his ideas. He died virtually penniless in a hotel room in New York.  In stark contrast, Edison died wealthy in his New Jersey mansion having won the Congressional Gold Medal and having his birthday, February 11, designated as National Inventor’s Day. If Tesla’s ideas ultimately had more impact, then why was Edison so much more successful?

Edison was far superior to Tesla at winning backers, collaborators, and attention for his ideas. For example, he worked purposefully to fashion an image of himself as a hardworking, hands-on inventor (he once reportedly smeared soot on his hands and face before an interview to bolster that reputation).[1] He also worked hard to build his social capital with other talented inventors, but also with wealthy families and financiers like J. P. Morgan, the Vanderbilts, and the Rockefellers. As a result, Edison attracted talented associates like Swiss-born machinist John Kruesi and an English master mechanic, Charles Batchelor.   When Edison developed a commercially viable light bulb, he was able to convince Morgan to advance him $30,000 for the Edison Electric Light Company. When the company began installing electricity in homes, Morgan’s home in New York was one of the first to get electricity. The electrification of the financier’s home generated further attention for Edison’s invention.   When Edison and his team invented the phonograph, he immediately took it to the editor of Scientific American to show it off.   This demonstration led the Scientific American staff to take up the cause of his invention, writing about it in newspapers worldwide throughout the next week.

Tesla was a visionary and was even described by Edison as someone whose “ideas are magnificent.”[2]   But he was simply unable to attract the right talent and financial resources to successfully commercialize his ideas. Some have suggested that his personality traits were a contributing factor. He was reclusive and kept rigid habits (he worked each day from 9 a.m. to 6 p.m., ate dinner at the same restaurant each night, and had to be served by the same waiter). Tesla’s partners eventually sold Tesla Electric Light Company’s patents to George Westinghouse, CEO of the Westinghouse Electric Company.  According to one Tesla biography, “Tesla was a visionary. But without the backing of the great entrepreneur and gifted engineer George Westinghouse, Tesla’s revolutionary inventions would probably have come to nothing.”[3]

Ultimately, Edison’s commercial victories over Tesla were due not to the superior quality of Edison’s ideas but to differences in the men’s innovation capital. Although Tesla deserved better, his lack of innovation capital hindered his efforts to attract the talent and backing to commercialize his ideas.

“A leader must see external opportunities and the internal capability and culture—and all the connections among them—and respond to them before they become obvious parts of the conventional wisdom.” -Satya Nadella

The Components of Innovation Capital

What are the components of innovation capital?

Human capital: who you are as a leader of innovation

Social capital: who you know with key expertise and resources

Reputation capital: what you’ve done to warrant a reputation for innovation

In addition, these three types of capital can be multiplied by impression amplifiers—visible actions you take that help you gain attention and credibility for your ideas 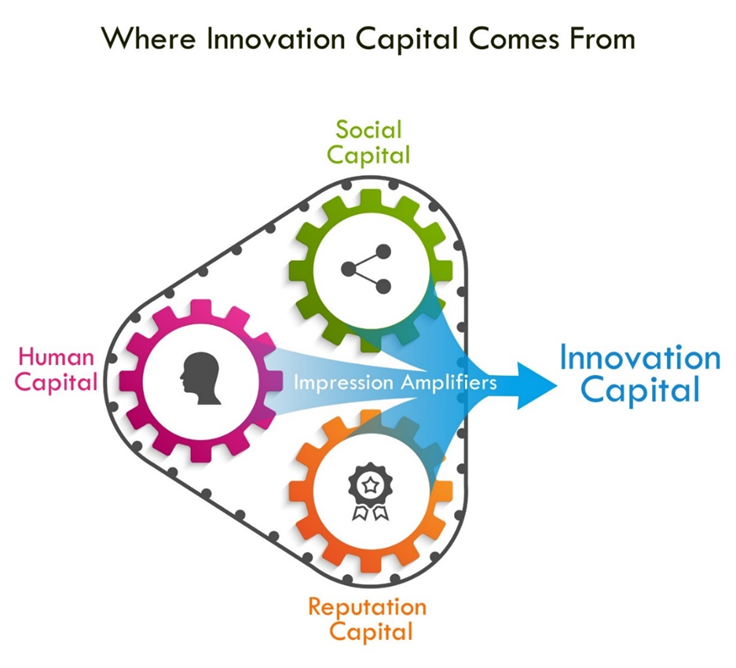 How exactly are potential supporters influenced by these factors? In academia, we use what we call a simultaneous equation model to describe how these factors work together.[4]  Sponsors are simultaneously weighing all these factors: whether you have the innovation skills as a leader to pull this off (who you are as a leader of innovation), whether you are well connected with others who will need to support your project (who you know with resources or expertise), and whether you have a track record and reputation for innovation success (what you are known for).  Finally, potential sponsors look at the things you have done to persuade them (the impression amplifiers).  They consider all these elements of your innovation capital to decide whether to support you and your ideas.

How to Build Reputation Capital

What are some ways to build a favorable reputation for innovation?

Jeff Bezos, Elon Musk, and Mark Zuckerberg all sit atop our most innovative leaders list.  Why? Because they were founders.  More importantly, they were founders of successful companies doing something innovative and impactful. The most valuable thing you can do to build your reputation for innovation is to be a founder.   Let us give you our definition of what it means to be a founder: Playing a central role in starting and managing an initiative that will have impact (preferably visible and large) on an organization or the broader world. 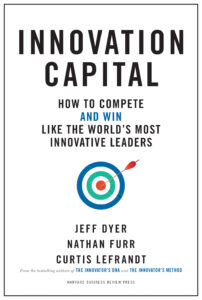 There are many ways to be a founder.  In fact, about half of all new ventures created are actually created by hybrid entrepreneurs—individuals who keep their day jobs and start a venture on the side.[5]  There are also many opportunities to create a new venture—launching a new product, service, or business—inside a company as a corporate entrepreneur (or intrapreneur).   Being a corporate entrepreneur has a profound effect on both your reputation for innovation and your prospects for leadership opportunities.   We know this because we studied 600 business professionals working for established companies over a 5-10 year time period and found that those who were corporate entrepreneurs were promoted faster and  were paid more money than their colleagues who did not.[6]  Being a corporate entrepreneur gets you noticed!   But you don’t have to found a new business to get noticed.   You can be the founder of a new process to improve customer service, a more effective way to attract top human capital, a company-sponsored conference or any number of initiatives that bring value to your organization.

Being a founder has a profound impact on your career because it provides a relevant, observable, and hard to imitate signal (the three characteristics of strong reputation signals) of your leadership capabilities. Being the founder of an innovative product or service requires holistic thinking, taking into account all aspects of what makes a new venture successful—from its value proposition to the customer (user), product development, technologies, cost to deliver, performance metrics and finally to getting the resources needed for implementation.   What better way to signal that you have leadership capabilities?  Moreover, it’s hard.  “I think the most important thing that I look for [when funding a project] is really, who’s that champion?” says Adobe CEO Shantanyu Narayen (#7 on our list).  “I think ideas come from everywhere.  But I think all of the great products we’ve developed as being characterized by somebody who is incredibly passionate about that idea….Championing change is hard.” In sum, being a founder sends a powerful reputation signal of your abilities as a leader.

“You need to have a combination of stubbornness and flexibility. Even though those two things seem at odds with one another, I don’t think they are. Because you can be stubborn on your vision but flexible on the details of how you get there.” -Jeff Bezos

What did you find most surprising in your research of innovation leaders?

I think we were surprised at the number of different ways that leaders built their innovation capital.

How to Emulate the Most Innovative Leaders

What can others do to emulate the most innovative leaders? 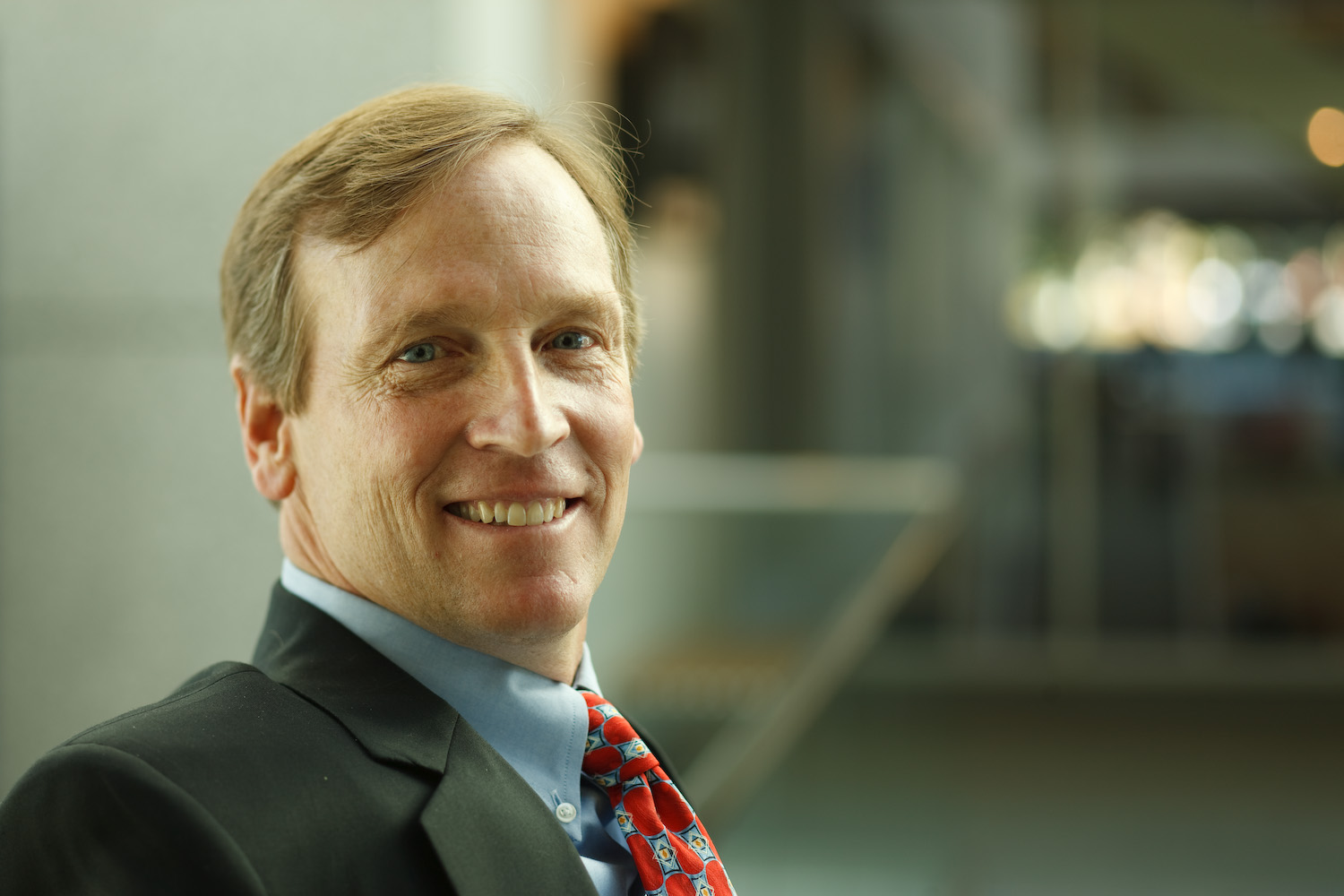 Why do you think innovation capital hasn’t been focused on and studied at length previously?

It’s a hard topic to study because of all of the intangibles that go into convincing and persuading others to bring resources to your innovation projects.

For more information, see Innovation Capital: How to Compete and Win Like the World’s Innovative Leaders.

You do not want to miss Skip’s new podcast, Aim Higher!

Aim Higher: The Importance of Doing What You Say You Will Do