Finding the Next Steve Jobs 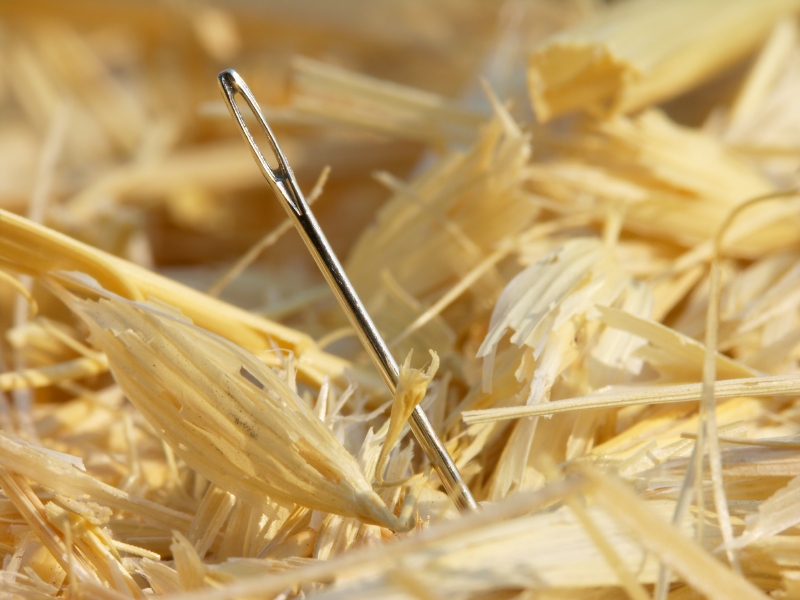 Nolan Bushnell founded groundbreaking companies such as Atari and Chuck E. Cheese.  In his first book, Finding the Next Steve Jobs: How to Find, Hire, Retain and Nurture Creative Talent, he outlines a plan for helping companies bring more creativity into their organization and make it their competitive advantage.  (Nolan hired Steve Jobs in 1972, two years after founding Atari.)  The book is a must read for all creatives and especially anyone who aspires to manage creatives.

My good friend, best-selling author and speaker Tim Sanders of Net Minds, is his publisher.  Tim graciously agreed to interview Nolan and talk about creativity, leadership, libraries and even publishing.  Here is the conversation between Tim and Nolan: 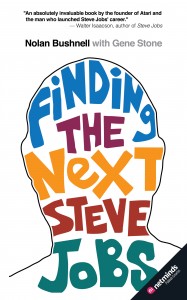 I would encourage them to say yes to at least one crazy idea a year.

Give me an example of some of the crazy ideas you heard when you were in Atari.

Among the many that were pitched to me, one that stands out was this notion of making pretty pictures when music happened. It seemed ridiculous at the time. The product ultimately turned into Midi.

Midi, of course, is the standard that still exists to this day for connecting music devices to each other and synchronizing them.

I think we built 20,000 of them, and I think we sold six at full-price. (Laughs). But it did become a force within the industry, for sure.

Let me ask you about leadership because you’ve led several companies. Do you think of leadership in a military way, a coaching way, or an improv comedy way?

I think a good leader can glean insight and garner higher productivity utilizing all three metaphors. Leadership is sometimes about saluting the hat. That’s the military angle. You get saluted because you’re wearing the hat. Having a chain of command emits a sense of security. But a good leader is also a cheerleader, giving encouragement to the team, which is the sports angle. The best coaches are often the best cheerleaders! They give their players the tools to be the greatest versions of themselves then let them go and play and are the first to fist pump and high five when the touchdown is scored. The improv angle is also an important part of being a good leader because it fosters trust and respect, two tenets that are crucial when in a leadership role. Allowing people to play and theorize and riff is really important.

Let’s talk about that. You say that the secret sauce of creatives like Steve Jobs was enthusiasm. How do you detect enthusiasm when you’re interviewing a candidate?

I think we need to start thinking of a library as a place where ideas and resources are stored and checked out….Libraries could be the epicenter for innovation.

Many of this blog’s readers are involved with libraries.  Talk about the creativity that you think the library systems need to stay as relevant.

There are a couple of trends that I think are important. You think of a library as a place where books are stored and checked out. That’s fine, but I think we need to start thinking of a library as a place where ideas and resources are stored and checked out. Let’s make it something bigger! Maybe the library of the future needs to have interactive blogs so that students can contribute to them and be a part of a living, breathing space where ideas can evolve. Take something like Raspberry Pi, a credit card sized computer. Libraries could be a place where students can tinker with them, building and creating new ideas and technology. Libraries could be the epicenter for innovation among young people. 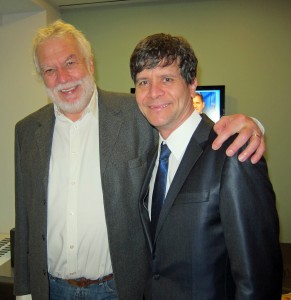 In your book, you talk about creating skunkworks projects to work on disruptive innovations and how they should be quarantined away from the headquarters.  Barnes & Noble several years ago decided to create their own e-reader to compete with Amazon. Instead of launching it here in New York, they started the Nook project in Northern California. Does this sound like a skunkworks solution to you for helping those guys possibly succeed in this? Do you think that was a good idea for them to split off like that?

Absolutely. I think that what a skunkworks does, it mitigates risk. You can generally do more with less in a skunkworks scenario than you can in the regular fray of corporate America. More than that, it really unburdens the creative group with a lot of the things that slows the decision-making process that happens as you get big. It diminishes the red tape and bureaucratic logjam that can be so limiting to the creative process.

I think that being tethered to the idea of “sameness” in terms of what gets published, and how things get published, will be the seeds of destruction for the industry. Ultimately, people want variety. Yes, there are certain formulas that work over and over again, but those get used up, and you need to be constantly looking for the fresh ideas. Innovation, whether it’s in computers, gaming, or books, needs diversity to foster growth.

5 Customer Service Lessons from the Department of Motor Vehicles