5 Customer Service Lessons from the Department of Motor Vehicles 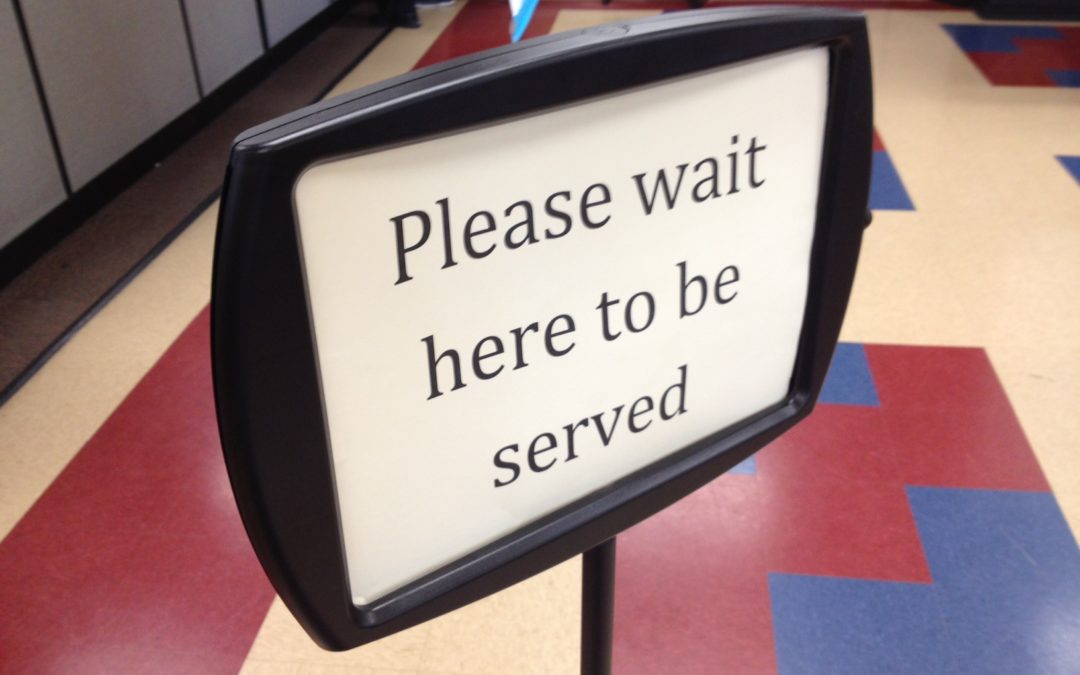 You can learn from every situation.  Whether it was an incredible service experience that makes you a raving fan or whether it is one where you’re left shaking your head.

A few weeks ago, I had the opportunity to celebrate a milestone with my daughter.  It was time for her to obtain her driver’s permit.  She had finished a weeklong driver’s education course, passed the written test, obtained all of the paperwork, and we had dutifully filled out the forms.

Now it was time for us to go to the Department of Motor Vehicles (DMV), get her picture taken, and obtain the permit.  I knew it would take time.  That’s the nature of the DMV.  I figured an hour to an hour and a half max.

Instead, we quickly realized that getting the permit was going to be about as difficult as Frodo making it safely to Mordor.

All of us have had the same shared, miserable experience at the DMV.  In every state I’ve lived in, it’s the same.  We just forget, don’t we?  We finally get what we need, and then we hope that we never have to go back.

Our experience was even worse than what I recalled from before.  Nearly five hours later, we finally emerged with the permit.  All of the waiting for just five minutes at the counter.

We were exhausted, but we also were laughing.  That’s what we do when we are beyond frustrated.  Jim Rohn used to say, “Learn to turn frustration into fascination.”  When I’m terribly frustrated, I try to heed his advice.

Here’s what I jotted down in my notes during that first hour:

After two hours, I was no longer fascinated.  That’s when I go to my second step.  I look for customer service or leadership lessons.  That worked for the next hour.

What business lessons can we learn from the DMV?

At the DMV, they don’t give an estimated time until you will be served. Failing to set expectations leads to disappointment.

Lesson:  Whether running a business or serving on a team, it’s important to set expectations—and then keep them.

Confusing the customer is not the best way to leave a good impression.  At our DMV, they had a strange method of calling you to the front of the line.  Instead of giving you a number and going in order, they have a system that may require a cipher to decode.  They moved to different letter and number combinations.  Move from A to B, back to A, throw in an I, switch to C’s for a while, then back to B for an hour before returning to the A’s.  It made no sense to any of us sitting there.

Lesson:  Clarity is the beginning of a good experience. When most customers don’t understand something, you must change it.  The end user of the service is not the problem.

Clarity is the beginning of a good experience. -Skip Prichard

We decided to ask about the strange number system.  That required waiting in an information line.  The answer we received took about five minutes.  Later, my daughter went to ask a different question about the wait.  (True story: She was actually told, “I would have to walk over there and turn a page to tell you. It would take a minute, so I can’t do that.”)  Her question took five minutes.  When we finally were called to obtain the permit, it took, you guessed it, under five minutes.  That was less time to serve us than to answer our questions.  (Hmm…maybe do away with the information line altogether and just let her issue permits?)

Lesson:  Constantly be on the lookout for ways you can improve efficiency and reduce time for your customer.

The DMV feels like a trap.  We were told we couldn’t leave.  “If your number is called and you’re not here, that’s too bad.  You have to start over.” She could also have added:  “And since we call numbers in a chaotic way, you can’t estimate the time and run to get something to eat or drink!”

Lesson:  All customers are not the same. Give options when possible.

Finally, when I’m beyond frustration, fascination, and customer service lessons, I start writing down ideas for change.

Listen to the customer.

I made several suggestions for them to consider.  All ignored.  I was told to feel free to fill out a comment card.  The numbering system was so bad that at one point the room erupted into a cheer when the “A’s” were called.

It isn’t hard to develop a quick list of ways to improve or ideas to explore:

Lesson:  Customer complaints contain the seeds for growing any business or service.  Customers often can point the way.  Make sure the voice of the customer is the loudest voice at the strategic table.

Complaints contain the seeds for growing any business. -Skip Prichard

You don’t run the DMV, and neither do I.  I’m sure that there are good people working at the DMV who want to do the best job possible.  But the entire system is flawed.  During election season, every politician will talk about accountability and about making government smarter.  As Malcolm Gladwell brilliantly wrote in The Tipping Point, Rudy Guiliani once focused on just a few visible changes in New York City (for instance, eliminating graffiti).  Those changes became the tipping point to reduce crime.  If I were a state leader, knowing that every citizen experiences the DMV, I’d make it a priority.  Show customer service and change at its best.  I’m sure it would make national news if you could actually walk in and get a permit in minutes.  (Note: I’m a big fan of our state and local government and generally see exceptional service. In fact, outside of the DMV, I can tell many stories of our government serving with excellence. That’s why this experience stands out.)

But, since I’m not running the DMV, I will think about the lessons that I learned from a long afternoon:

Like the DMV, I haven’t always done these things as well as I could.  I’m going to rethink my business decisions with these lessons in mind.

Make sure the voice of the customer is the loudest voice at the strategic table. -Skip Prichard

Finding the Next Steve Jobs