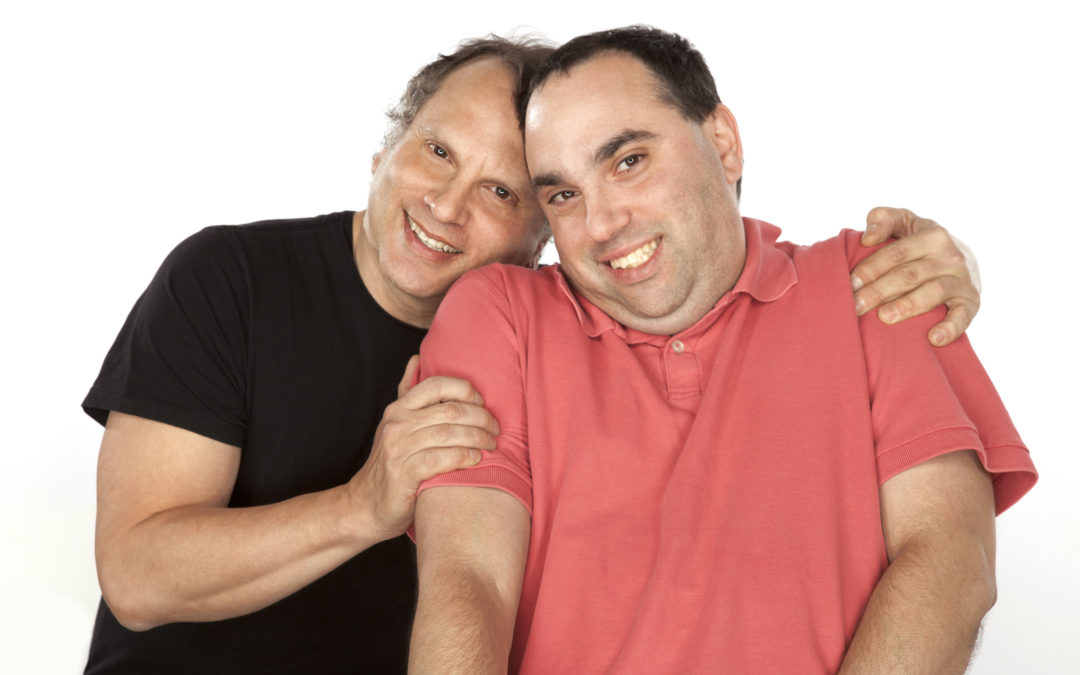 Buzz Bissinger has so many awards for his writing that I’m not sure where he can keep them all:  the Pulitzer Prize, the Livingston Award, the American Bar Association Silver Gavel Award, the National Headliners Award among many others.  He is best known for his nonfiction book Friday Night Lights.  His newest book is called Father’s Day, a deeply personal and moving book about his relationship with his two sons.  Born premature and just minutes apart, his twin boys ended up very different because of a few precious minutes.

After reading his newest book about his son, I spoke with Buzz Bissinger about this very personal story.

I described this story, or as the subtitle aptly points out, this journey, to someone recently.  I’m curious, though, how would you describe the book in a few words?

Father’s Day is a journey across the country. But it is really the journey of a lifetime, both to discover a son who is different from the mainstream and also my own journey to better understand myself and the degree to which my relationship with my own father, my ambition, my insecurities, have informed me as a parent and father. 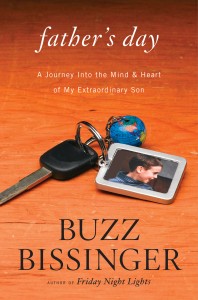 In this very personal, and remarkably candid journey, we meet your entire family.  But obviously the focus is on your extraordinary son, Zach.  You take a cross country trip in part to know your son. I haven’t met him, but you can’t finish the book without feeling you know him as well as it may be possible to know him.  When I finished, I flipped all the way back to the first pages where I underlined this: “I love my son deeply, but I do not feel I know him nor do I think I ever will.”  By the end of the trip, did that change for you?

Yes. I found all sorts of emotions and abilities in Zach I never knew were there—remarkable empathy, his determination to be responsible and independent, his powers of observation even when I didn’t think he was paying any attention, his steadying influence upon me when I grew volatile.

3 Minutes That Altered the Future

Your twin sons were born three minutes apart, and in those three minutes, the future is altered forever. Another power line in the book:  “Gerry deserved all of what he got because of his sheer will to live, and Zach deserved none of it despite his sheer will to live.”  So much was defined in that three minutes, and not only for them, but for you as well.  This book is all about how you wrestled with it.  I’m curious about Gerry today.  What’s his view of all of this?

Gerry is proud of the book. He should be. I thought his openness about the guilt he feels over why he got those three minutes and Zach did not was admirably honest, as was his acknowledgement that there for the grace of God go I. He said the book made him understand his brother better than ever before, and he is more protective of him than ever.

Of all the moments you share about your trip, what’s the one you most often think about?  Is there a moment you thought about sharing, but chose not to include?

Without giving too much away, there was a moment at Six Flags outside of St. Louis I will never forget, a physical and spiritual bond with my son Zach I had never experienced before, one I still think about all the time.

I cannot think of anything I left out. However, unlike my son, whose memory is eerie and remarkable, I remember nothing. I guess that happens at 57….ughhh…

You’ve won numerous awards.  You’ve written books and articles.  All of those books about others, and this one all about your family.  How was writing such a personal story different for you?  Did it take longer?  Was the process different?

It took much longer. The actual trip took place in 2007, but the book has just been published. The delay had to do with the fact this was an entirely new genre for me. It took me a great deal of time to figure out what to say, how to say it in terms of tone, and how deep I should go in saying it. Where should I fit into this story? It took two years to figure that out, in large part because my initial 100 pages were lousy, and I thought many times of abandoning the project.

At the end of 2009, I finally returned to it. I ripped up most of what I had written and in many ways started over. The book began to take some shape and rhythm, particularly since I wanted to achieve a balance between the humorous and the honest and the heartbreaking.

“You define life by happiness. That’s what life is about.” -Buzz Bissinger

This book could not have been done without the editing of Eamon Dolan at Houghton Mifflin. He helped me with many of the pathways and made sure I stayed away from over-writing as much as possible.

A Journey to Happiness

Toward the end of the book, you say “You define life by happiness. That’s what life is about.”  Are you happy?

I am not sure I will ever be classically happy. It just is not my temperament. Little things I should ignore still upset me. I am still insecure. But I do feel a greater sense of peace. I am learning to no longer define myself by professional success, to the extent I can.

My three boys are the best thing that ever happened to me, and I do appreciate that more than ever.

Does Zach understand he is the subject of your new book?  What has his reaction been?

Zach knows there is a book and he is the subject of it. He has become quite good at giving answers in interviews, albeit short and always the same.

But he has read very little of the book, mostly portions where he recognizes a name. He does not have the attention span to read the entire book, and he would understand little of it if he did.

Moving to another subject, I recently joined Twitter, and notice you’re really active.  How have you embraced social media?  I won’t print your tweets, but they are somewhat candid to say the least.

I like to vent. Our world today is very tortured, and it doesn’t take much to get me going. Twitter is a great outlet for that; as you can tell from Father’s Day I believe in candor and unexpurgated language because that is the way I am and the way I talk.

The problem with Twitter is that it is very impulsive. There is only so much thinking you can do in 140 characters, particularly because I speed tweet. And there are times I truly regret what I have tweeted. It did cost me a great friendship.

Are These 7 Elements of Nik Wallenda’s Niagara Falls Walk Part of Your Success Formula?