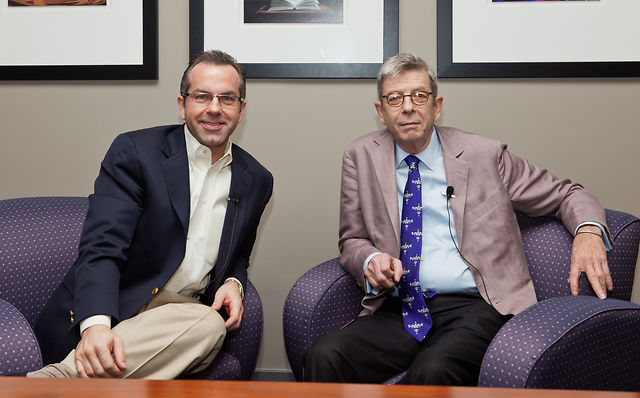 By all accounts, Robert Goolrick has lived a difficult life.  Writing the word “difficult” doesn’t begin to do justice to some of the horrors he experienced as a child.  The depth of family dysfunction in his childhood is impossible to communicate in a few words.  He wrote a detailed account of these depths in his first published book, The End of the World as We Know It.  Pick your poison and he tasted it:  neglect, sexual abuse, alcoholic parents, not to mention the filth, the rats, the despair.

Robert overcame all these obstacles and went on to become an advertising executive and then a best-selling author.  His book A Reliable Wife was a #1 New York Times bestseller and was widely praised by critics.  When I asked him how he overcame such great odds, he credited a strong imagination and strong interior life.

Of particular note to me is his positive outlook.  He now says, “Everything happened in a way that turned out for the best.”

That same attitude came through when I asked him why he started his writing career so late in life.  At 54, he was fired from his job.  Here’s what he says about that experience:

“Being fired was a great thing.  It’s a terrific thing to change your life in your fifties to reinvent yourself, to take everything you’ve learned and use it to become something else, something better, something that makes you happier, something more giving to the world.”

He even says, “I’m an extremely lucky person.”

In this video interview, we talk about: 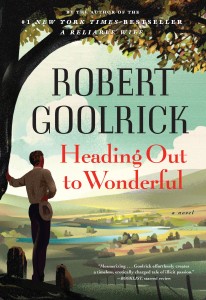 Heading Out to Wonderful is a remarkable achievement.  Undoubtedly, it will be another bestseller and receive wide acclaim.  Robert’s books are written in a way where you can hear the narrator talking.  That’s why this interview and his story are important.  Beyond the pages of this spectacular novel, I am pleased to introduce you to the author in his own words.

John Smoltz on the Benefits of Failure