Aim Higher: How to Make Yourself Unhackable 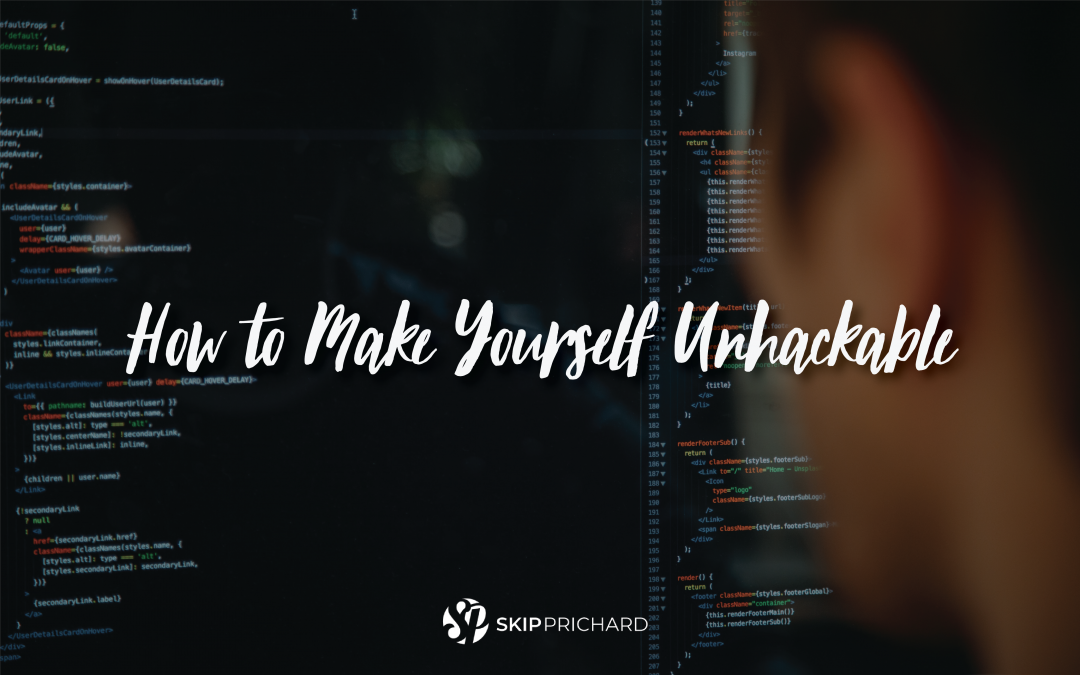 We spend a lot of time, money, and effort on keeping our computers, bank accounts and even our phones from being hacked by malicious actors. But this week on “Aim Higher,” I talk to my good friend Kary Oberbrunner about a type of hacking that’s even more important and more insidious: the hacking of our brains.

A computer hack is simply “unauthorized access” to your systems. Have you asked yourself, though, “To whom and what do I give access to my thoughts and attention?” Are you deliberate and careful about that? Kary’s new book, Unhackable: The Elixir for Creating Flawless Ideas, Leveraging Superhuman Focus, and Achieving Optimal Human Performance provides a great blueprint for taking back your attention and intentions and creating a mindset for success.

What “boon” are you seeking from life?

If you’re not a writer or folklorist, the term “boon” might not be instantly familiar to you. It’s one Joseph Campbell uses when he talks about the “Hero’s Journey” in his classic work on comparative mythology, “The Hero with a Thousand Faces.” The “boon” is the prize that the hero receives at the end of the journey. It’s the reason the hero heeds “the call of adventure,” leaving the everyday world to take the risks that transform them from an ordinary person into a hero in the first place. In today’s world, we might call it your “mission” or “vision” or “calling.”

In this episode of “Aim Higher,” Kary tells me about how in his new book, “Unhackable,” he references the “boon” term from Campbell because it is a singular, fixed goal that is rooted in the desire of a hero to make a difference. It isn’t a nebulous, “squishy” idea about self-improvement or making more money. This is Luke Skywalker blowing up the Death Star, Katniss Everdeen overthrowing the oligarchy of the Hunger Games, and Arthur finding the Holy Grail. The boon is specifically what you seek to gain for yourself, your family, your company, your life.

Kary makes the point that after you identify that boon, though, you face a new and sinister foe that many classic heroes didn’t have to deal with: 24/7 distractions. He recently realized that he had been tripped up by the “attention economy.” He lost sight of his boon by letting outside influences have “unauthorized access” to his attention. He had fallen prey to the idea of “deadlines of deadlines.” His brain… had been hacked.

Get Back on Track and Focus

So, he decided to do something about it. To get back on track and focus on achieving his boon, which has always been “to help individuals and organizations clarify who they are, why they’re here, and where they’re going so they can become souls on fire.”

I hope you’ll listen in while we discuss some of his insights on this vital subject. I know that when I have trouble staying on my “hero’s journey,” Kary’s words are a marvelous help to me. I think he can be a help to you, too.

Listen to my discussion with Kary by clicking here.

Aim Higher: Why gratitude is so important for leaders