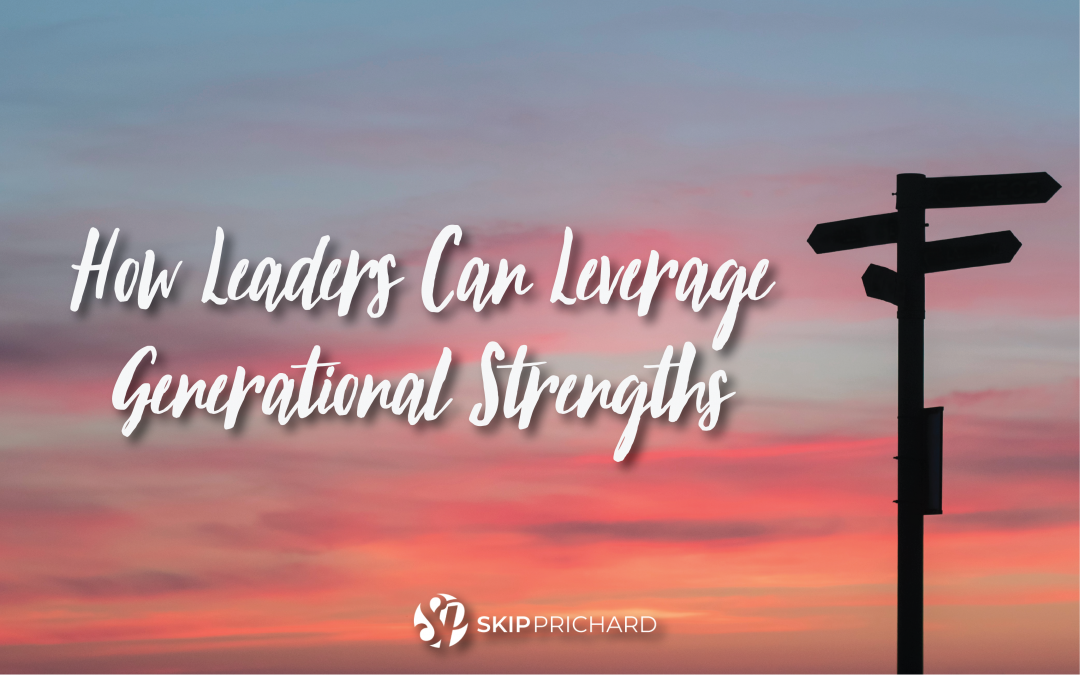 Every generation has its strengths–and the role of leaders working with diverse generations is to leverage those strengths, make space for them to build bridges and engage with each other. That’s the main message from my friend Jason Dorsey, generation expert, author, and research guru. He’s the foremost researcher on GenZ and has plenty to share with leaders about this cohort who, at ages 16-24, are just now starting to enter the labor pool in full force.

“Generations are clues, not a box.” – Jason Dorsey

About halfway through my “Aim Higher” interview with generational expert, research guru, author and international speaking sensation Jason Dorsey, he said something that just smacked me upside the head: “Technology is only new if you remember the way it was before.” It’s one of those statements that’s so blatantly obvious that as soon as you hear it you think to yourself, “Well, yes. Of course.” But then you realize that you weren’t acting as if you knew it. You weren’t living it. And with something as fundamentally world-shaking as the smartphone? We should be thinking about it.

“Technology is only new if you remember the way it was before.” – Jason Dorsey

Jason studies, writes, and speaks about generations. His new book, which he co-writes with Denise Villa, PhD, is ZConomy: How Gen Z Will Change the Future of Business and What to Do About It and it is fantastic. It is filled with information that will as Jason puts it,  “separate generational myth from truth through research.” One thing Jason says early on in our interview is that ideas about generations shouldn’t be treated as a “box,” but as “clues.” I like that a lot. Because I’m a fan of watching clues, trends and developments in the business, leadership, and technology spaces. And for GenZ workers? Smartphones overlap all those areas.

I’m still encountering lots of folks in leadership roles who seem to think that Millennials are “still kids.” If you’re in that mindset it’s really, really time to move on. Millennials were born from 1977 through 1995. The youngest of them is 25. Which means the oldest of GenZ are 24 and they are moving into the workforce in big, big numbers.

“31 percent of Gen Z feels uncomfortable being away from their phone for thirty minutes or less.” -Jason Dorsey

And they all grew up using smartphones, every day, for every aspect of their lives. If your company doesn’t know — and respect! — that fact, you’ll lose out on engaging them as customers, staff, and investors. For example, if you don’t provide a good experience to apply for jobs via mobile? They’ll go elsewhere.

It’s not a long interview… but Jason talks fast! It’s one of the things I love about him. He’s got so many great ideas, so much enthusiasm, and so many data points to back up his thoughts.

“Gen Z will influence the future of business in a massive way and eventually reshape business entirely.” -Jason Dorsey

Don’t rely on your preconceived “myths” about generations–including your own! Listen in as I get the chance to learn from one of the world’s greatest experts on the subject.

For more information, ZConomy: How Gen Z Will Change the Future of Business and What to Do About It.

7 Leadership Lessons from the Political Arguing

Aim Higher: How to Make Yourself Unhackable