4 Leadership Secrets of Alexander the Great 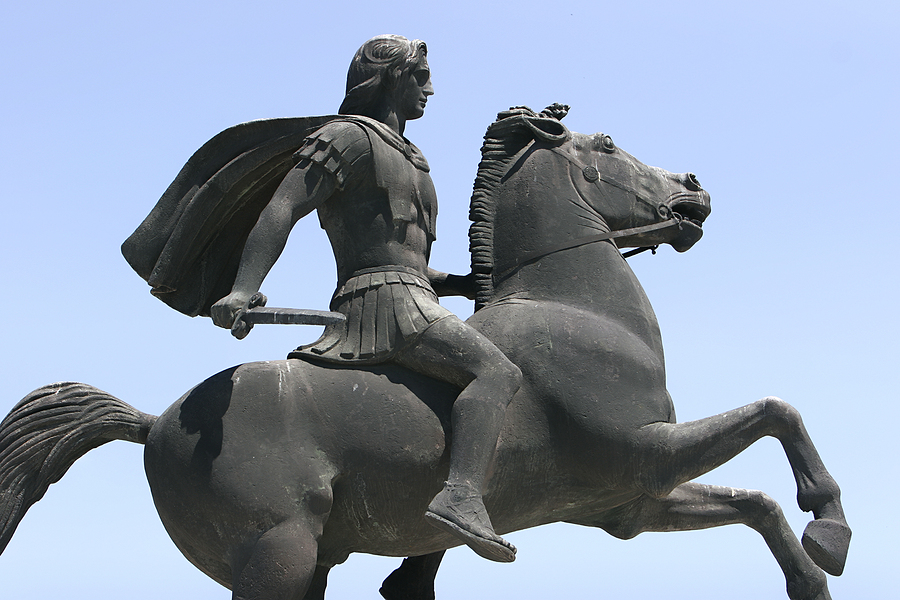 This is a guest post by Joe Scherrer. Joe is a decorated Air Force veteran, an author, a speaker, and a coach. His ebook includes lessons from 82 of history’s greatest leaders. You can follow him on Twitter.

History is replete with stories of great generals—heroes who saved their men, their cities and their countries. It is equally populated with those who failed in their task, sometimes spectacularly.

However, what few realize is that great generals and failed generals are sometimes one and the same person.

Alexander the Great is a case in point. He conquered most of the known world before most people today are out of college and into their first job. In an amazing eleven-year journey of conquest—unparalleled in the history of the world—he rode more than 10,000 miles, fought 70 battles without losing a single one and conquered from Egypt to India.

“By being great, you can change your part of the world for the better.” -Joe Scherrer

But as great as he was, he also had a complex and volatile personality that led to some tragic mistakes.

Read on to discover a few lessons from Alexander’s remarkable leadership career that will help you be a better leader today.

Lesson #1: Seek Out the Best Mentors…Then Learn from Them

Alexander had the benefit of being educated in political, military, and cultural matters by excellent tutors including none other than Aristotle.

He also accompanied his father on several military campaigns and distinguished himself in battle at a young age.

He no doubt drew upon that upbringing when he assumed the throne at only 20 years old after Philip was assassinated.

Alexander wasted no time in using his position as general of all Greece to take the strong army his father had left him and expand Greek hegemony into Persia.

What You Can Learn: Prepare yourself by being open to what others more senior can teach you. They’ve been where you are, and they are where you want to be. Adopting an attitude of continual learning from those you respect will make you a better leader.

Lesson #2: Want to Increase Your Decision-Making Flexibility? What-If Everything

Alexander’s conquests brought him into contact with a wide variety of armies and cultures. To deal with the ever-changing military, political, cultural, and economic landscape, he planned meticulously, analyzed every piece of information and formulated as many alternatives as possible.

From a military standpoint, such efforts reduced his risk, increased his flexibility, and enabled him to operate with speed and decisiveness with his highly trained and exceptionally loyal army.

What you can learn: A flexible and adaptable strategy is a crucial element of your success as a leader. Systematic planning, a comprehensive view, and incorporating a range of options allows you to change your strategy depending on the situation and environment you face. In so doing, you can put together a strategy that will serve you and your organization well as you set about conquering your small part of the world.

“A flexible strategy is a crucial element of your success as a leader.” –Joe Scherrer

Lesson #3:  A Winning Strategy is Both Efficient and Innovative

Amazingly, Alexander built his empire with an army that numbered no more than 40,000 men. This means he had to employ his forces to overcome the overwhelming numbers that opposed him. Toward that end, he used terrain, tactics, mobility, and weaponry—including the formidable Macedonian phalanx—to overwhelm his opponents.

In addition, since he could ill afford to detach men from his army to secure his rear lines of communication, he was extraordinarily sympathetic to the people he conquered, going so far as to adopt their dress and customs and even build memorials to their war dead.

Because of this, he was able to recruit indigenous professionals into his governmental structure and leverage their skill and expertise. In effect, he extended the reach of his authority and preserved the core engine of his conquests—his Greek army.

What you can learn: Like Alexander, you can focus on your core capabilities that you need to get the job done. Work to resource those capabilities as efficiently as you can while also being innovative in how you do it. For instance, use your negotiation skills to build mutually satisfying alliances that enhance your ability to carry out your strategy. 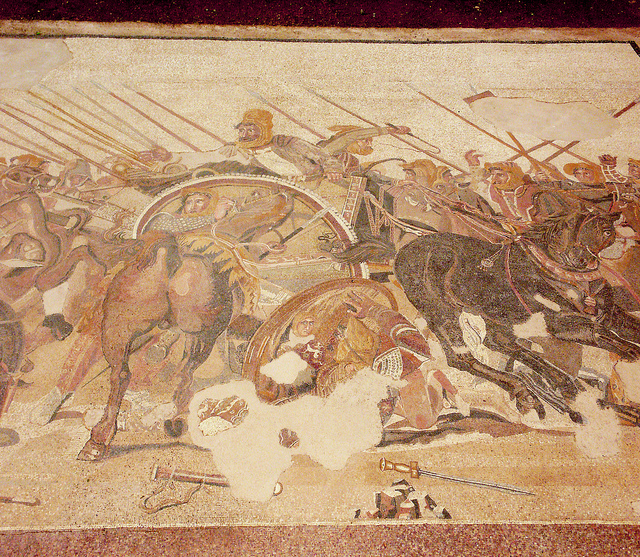 Lesson #4:  The Perils of Professional Excess and Personal Dissipation

As time went on, Alexander’s ambition began to grow into megalomania, a megalomania fueled by heavy drinking. As his mood became progressively more violent and unstable, those around him came to fear the repercussions of his anger.

As he advanced farther East, Alexander’s mental stability progressively eroded. Despite the grave misgivings of his close advisors, he asserted himself as a god. He also held elaborate drinking parties called “symposiums” where wine flowed freely and court sycophants told him how great he was.  Alexander drank to stupefying excess.

His ambition, combined with growing paranoia, drove him in search of more glory. In the process of conquering, his drunken excess caused him to burn a city to the ground, execute people who had once been his friends, and force his army on a deadly march through the Iranian desert.

In the end, Alexander became a drunken, mercurial mess. To paraphrase the Good Book, not even the gain of the entire world was able to save his soul.

What you can learn: As a leader in a position of power, you are vulnerable to physical strains, psychological stress, and an oversized ego.

Alexander used alcohol and an obsessive pursuit of conquest to sustain himself, and likewise, many other unhealthy substitutes are available to you: like working long hours, fomenting intrigue, and walking over your people. But you have a choice to be a leader with integrity who does the right thing for yourself, your people, and your organization. This includes taking care of your physical and mental health. The role you play and the responsibilities you have demand no less.

How to Conquer Like Alexander in Your Leadership Domain

By taking the best of Alexander the Great’s leadership abilities, you can learn to become a better leader in your own right.

Though you may not walk on the same historical stage as he did, his examples—both good and bad—can be quite instructive to you as you walk on your own part of this historical stage.

And by being great, you can do your part to change your part of the world for the better.