Why Pixar, Netflix, and Others Succeed Where Most Fail 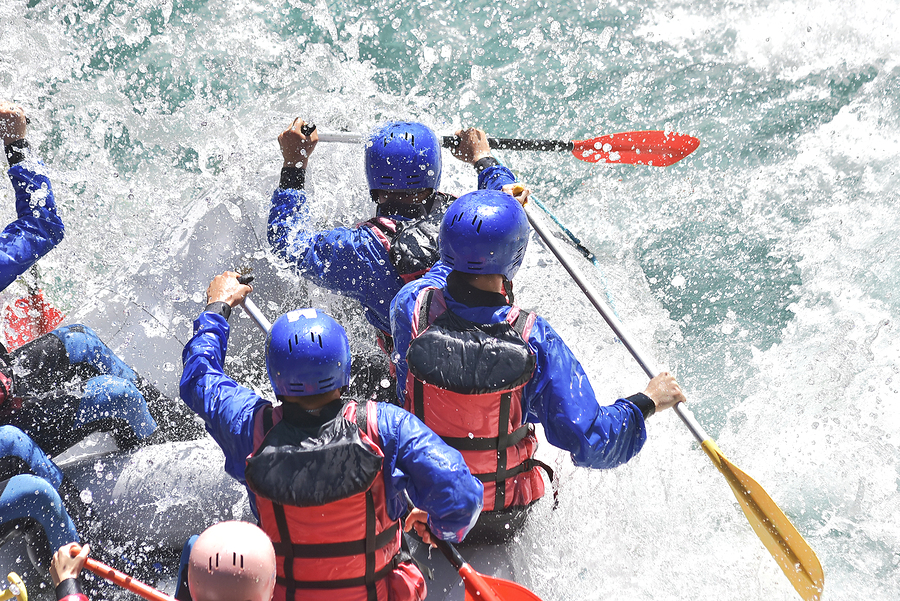 It seems easy enough. Hire talented people who are motivated to achieve something and together the team is formed.

What could go wrong?

Most of us who have been in leadership positions realize that building a team is far more difficult than hiring talented individuals.

That’s why nearly every leader I know is constantly working on the team.

One of the experts I follow is Robert Bruce Shaw. He’s a management consultant focused on leadership effectiveness. He has a doctorate in organizational behavior from Yale University and has written numerous books and articles.

He’s also an expert on teams and has a new book out: Extreme Teams: Why Pixar, Airbnb, and Other Cutting-Edge Companies Succeed Where Most Fail. After I read his new book, I asked him to share some of his research with us on teams.

“Extreme teams realize that tension and conflict are essential to achieving their goals.” -Robert Bruce Shaw

Elements of a Highly Successful Team

What are some of the elements of a highly successful team?

I assess a team’s success on two dimensions.  First, does the team deliver the results expected of it by its customers and stakeholders (in most cases, more senior levels of management within a company).  Does it deliver results in a manner that builds its capabilities in order to deliver results as well into the future?  Second, does the team build positive relationships among its members as well as with other groups?  This is required to sustain the trust needed for a team to work in a productive manner over time.  These are the two team imperatives:  deliver results and build relationships.

How do leaders help foster a culture where extreme teams thrive?

My book examines five practices of cutting-edge firms that support extreme teams.  These firms are unique in how they operate but do share some common practices.  I will mention three of these success practices:

1) They have a purpose that results in highly engaged team members.  This purpose involves the work itself but also includes having a positive impact on society.  Pixar, for example, attracts people who are passionate about making animated films that emotionally touch people.  Patagonia attracts people who love the outdoors and want to do everything they can to protect the environment.

2) They select and promote people who embody their core values.  Cultural fit becomes more important than an impressive resume.  Alibaba looks for people who fit its highly entrepreneurial culture.  The firm’s founder, Jack Ma, describes this as finding the right people not the best people.

3) They create a “hard/soft” culture that works against complacency.  In extreme teams, people realize that they need to be uncomfortable at times if they are to produce the best results.  This need is balanced against the need for people to feel they are part of community that supports them and their success.  Each firm I profile in the book does this to a different degree and with different practices.  Each, however, is more transparent and direct than conventional teams.

Deciding what not to do is an important challenge. What do the best teams do to focus? 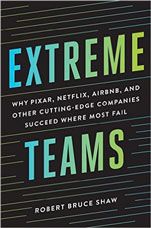 A common problem in teams is becoming distracted by less important issues.  The goal is to unburden the team and allow it to determine what is needed to achieve its goals.  This requires a clear understanding of what it needs to achieve and a few clear success metrics.  Whole Foods does a great job of creating small business-like teams in each of its stores.  These teams have a set of financial metrics on which they are measured and rewarded.  The second, and related task, is to reduce bureaucracy whenever possible to reduce distraction.  Netflix is known for eliminating unnecessary processes and requirements. For instance, the firm has no expense policy other than to treat the firm’s money as you would treat your own.

Teambuilding Tip: Foster a shared obsession among the group’s members.

Push hard and soft. How do leaders balance these two objectives, which seem at odds?

Creating a “hard/soft” culture is one of the most impressive qualities of these cutting-edge firms and their teams.  Pixar is an example of a company that creates a family-like environment, one where people are very supportive, and yet it can be very tough when a film is not meeting its expectations. The studio has removed a number of directors and reconfigured teams when needed to ensure that a film in progress achieves Pixar’s very high standards.

What’s the role of comfort and conflict in an extreme team?

The comfort/conflict dynamic is a subset of establishing a hard/soft culture.  In these groups, you need enough comfort that people experience what some call “psychological safety.”  This means that people are willing to express their views and, in particular, their vulnerabilities.  At the same time, extreme teams understand that conflict is needed to produce the best possible product.  They strive to de-personalize conflict and make it about the work itself.  Not easy to do but each of these firms has developed creative ways to do so.

How to Turn Around a Failing Team

What are some ways to turn around a failing team?

The first task is to make sure that everyone is clear what the team needs to achieve.  In many teams, there are too many priorities or unclear success metrics.  Then, the leader of the team needs to assess the talent in the group and the members’ ability to produce what is needed.  Often, there are too many team members for the group to function effectively.  Or, there are team members who lack the skills, individually and collectively, needed to deliver results.  Finally, the team needs to develop formal and informal work practices that support the achievement of it goals.  The nature of these practices will vary from one company and team to another.  The key is to develop mechanisms to surface information and issues in a timely manner – and in so doing improve the team’s ability to make the best decisions and, more generally, perform at a high level.  Each of these steps has levels of complexity, but these are the high-level steps from my experience.

What is it like to work in these extreme teams?

Sometimes exhausting but almost always exciting.  These teams are comprised of people who are highly engaged in the work itself and deeply invested in the success of their company.  In short, they love their work and their firms – you can call them true believers.  The level of passion in these groups is far beyond what is found in more traditional companies – where people may operate in a professional manner but lack the drive and creativity found in extreme teams.  I believe most people want to make a difference in the world, and these teams provide them with that opportunity.

For more information: Extreme Teams: Why Pixar, Airbnb, and Other Cutting-Edge Companies Succeed Where Most Fail

The Future of Happiness: How to Be Happy in the Digital Age

Lessons from United Airlines: 6 Steps For When Your PR Fails