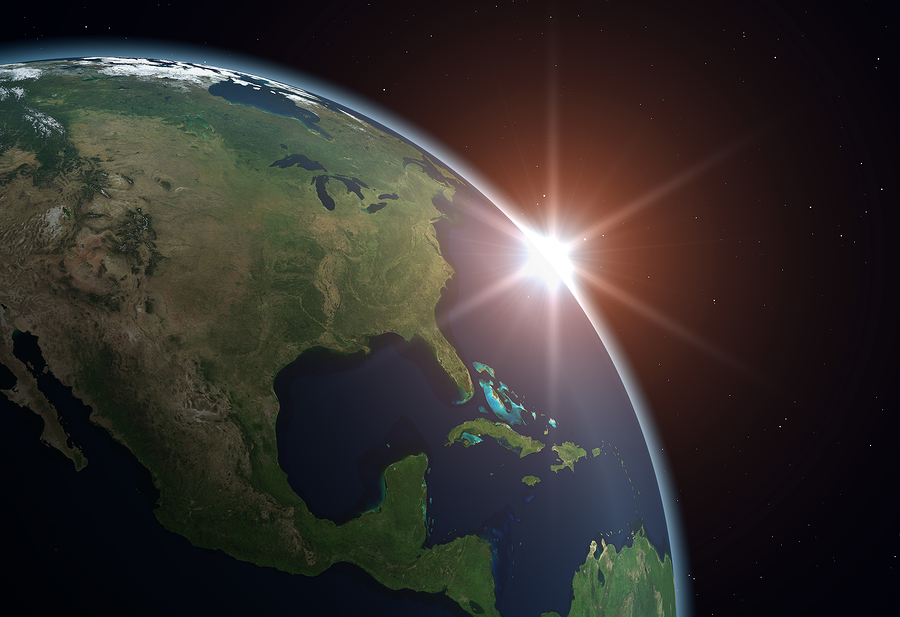 Live on this planet long enough and you will have an experience that changes your life perspective. Whether its watching someone heroically battle a disease or your own near-death experience, these moments linger in our memories and impact our future.

Ron Garan also had a life-altering experience, but not one on planet Earth and not one most of us will personally experience. Col. Ron Garan is an astronaut who has logged 71 million miles in orbit. On the International Space Station, Ron was struck by the fact that 15 nationalities collaborated on creating an engineering feat in space. His perspective shifted as he gazed back at our planet, realizing that we needed to apply the same creativity to working together for the good of our world. 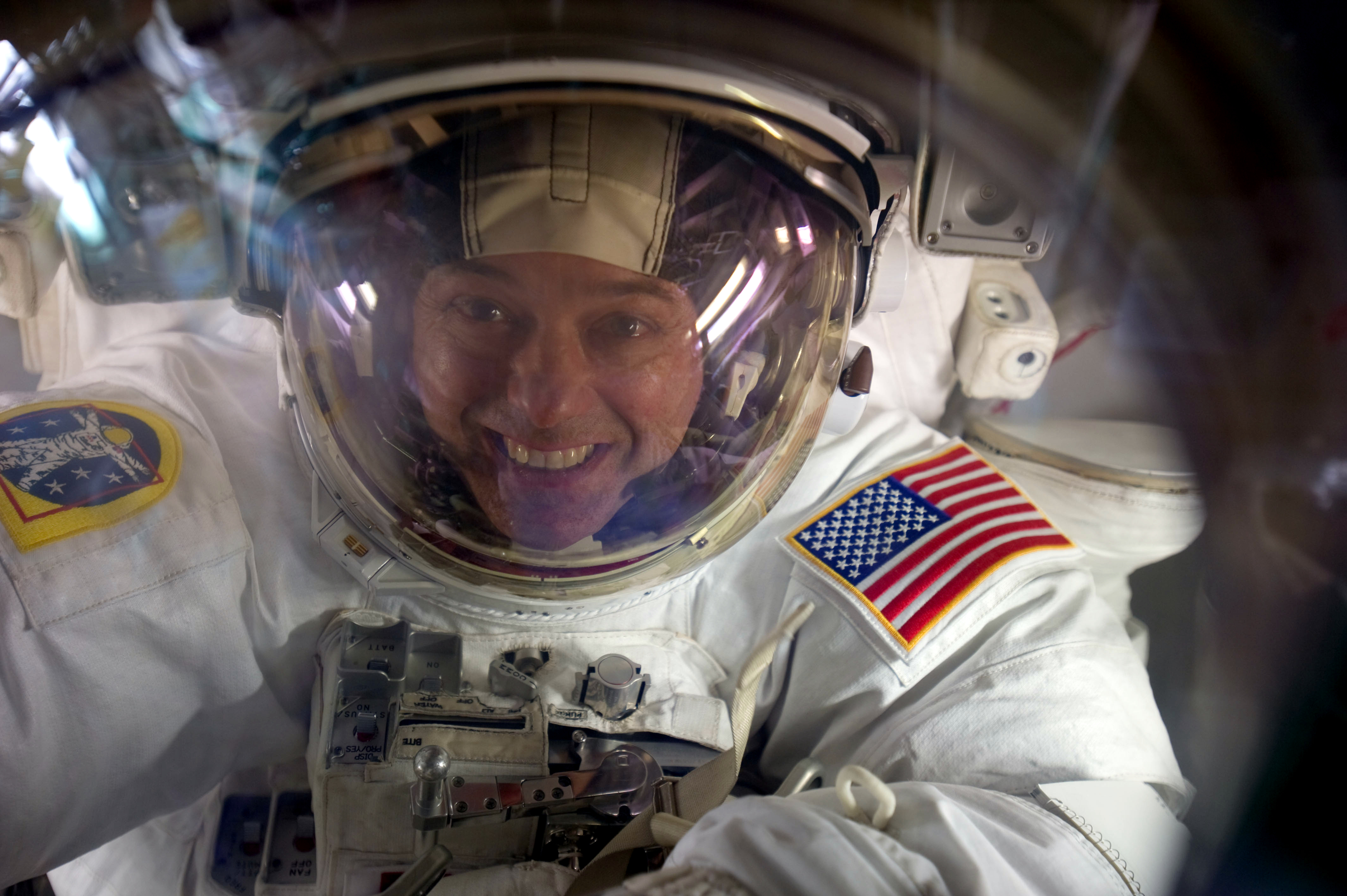 I had the opportunity to ask Col. Garan questions about his work, his experience, and his new perspective. His recent book, The Orbital Perspective: Lessons in Seeing the Big Picture from a Journey of 71 Million Miles, gives us the opportunity to glimpse into a new view of our potential.

“There are no passengers on Spaceship Earth, only crewmates.” -Ron Garan

What is the “Orbital Perspective”?

The Orbital Perspective is a call to action to shift our perspective from looking at things as they affect us locally, in the short term, to how they affect us globally over the long-term. It’s a shift from looking at the next election campaign or quarterly report to looking at the 20-year plan and beyond. It’s the acknowledgement that each and every one of us is riding through the universe together on this spaceship that we call Earth, that we are all interconnected and family. It’s the understanding that there are no passengers on Spaceship Earth, only crewmates and as crewmates we have a responsibility to mind the ship and take care of our fellow crewmates. It’s the acknowledgment of the sobering contradiction we see when we view our planet from space between the amazing beauty of our Earth and the unfortunate realities of life on our planet for a significant number of its inhabitants. It’s the firm belief that nothing is impossible — that it is within our power to eliminate the suffering and conflict that exist on our planet and that we do not have to accept the status quo. Above all else, the orbital perspective is the acknowledgement that we need each other. The days are long gone where we can effect the type of change that’s required by adhering to the old way of doing things or having a go it alone attitude.

“The orbital perspective is the acknowledgement that we need each other.” -Ron Garan

It’s May 31, 2008. You are about to journey into space. You say you were surprised at how calm you felt as you were “strapped to four and a half million pounds of explosives.” How did that feel? 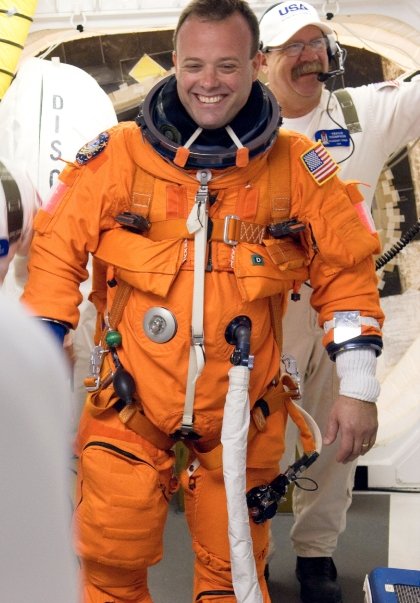 I did say that in the book, but then I go on to say, “Sitting there, I felt some apprehension, of course. But I was also reassured by the idea that what we were about to do would make a contribution to humanity and, at this point, that the outcome of the launch was largely out of our hands.” To me, it was a risk-benefit tradeoff. In this case the benefits greatly outweighed the risk. I also wondered what I was getting myself into.

Describe the first time you looked down at Earth. Was it different than you expected?

The thing that really struck me when I looked at the Earth for the first time from space was how thin our atmosphere is. It was very sobering to think that the paper-thin layer of our atmosphere is keeping every living thing on our planet alive. But also the overwhelming emotion was intense gratitude. Gratitude for being given the opportunity to experience that perspective and gratitude for the gift of our indescribably beautiful fragile oasis we call home. The view was basically what I expected; the emotion that is caused was not.

The Importance of the Worm’s Eye View

I was struck by the “worm’s eye view.” Would you explain the concept?

In using the Orbital Perspective, we can’t only look at the big picture.  The other side of the coin is to consider the intricate details that affect those of us on the ground.  The orbital perspective is achieved by pulling back past the terrain and landscape to see the overall big picture while keeping the “worm’s eye” details on the ground in the picture.  The term is from my friend (and one of my personal heroes), Noble Peace Laureate Muhammad Yunus. The concept of the worm’s eye view stemmed from his desire to step beyond the lofty, big picture economic theories he was teaching at the university and to get down to the ground level and experience the details of what it’s like to live in an impoverished village in Bangladesh.  He wanted to dive down to see the intricate details of all the factors affecting poverty.  Professor Yunus found that the worm’s eye view differed sharply from the top-down theories he was teaching.  The worm’s eye view revealed impoverished people who were enterprising, resourceful, and creative but were being held down primarily by circumstance such as loan sharks, corruption, or not having access to basic services.

Taking this worm’s eye view, Professor Yunus created microfinance and social business movements that have helped to lift millions of people around the world out of extreme poverty.

Since the space station is one of the most remarkable examples of collaboration, let’s talk about that. What makes collaboration effective? How do you encourage collaboration between people or nations that are at odds with each other?

The secret sauce that made the collaboration that built and sustains the ISS work was/is the trust that developed from the establishment of personal relationships among individual members of the International Space Station partnership. What happened was we found something that we agreed upon (space exploration) and agreed to work on that. Because we took that first step, which allowed trust to be built, it helped us weather the eventual bumps in the road and various crises that occurred. How we encourage collaboration between peoples or nations at odds with each other is to seek out the common ground, the low hanging fruit. Find those things that we do agree on, start working on those things, and try to build personal relationships. Once that foundation is established and some level of trust develops, then that platform can be used to start to address the things we don’t agree on. Unfortunately, we tend to do the exact opposite. We tend to use the things we agree on to apply leverage in an attempt to force the issues we don’t agree on. At its most basic levels, this is shortsighted and simply doesn’t work.

“We may be born in different countries, belong to different generations, speak different languages, but we are one species, with the same hopes and dreams for our children, for our communities, and for our planet.” -Ron Garan

The Importance of Trust

You point out the importance of trust. How do you build trust with others? 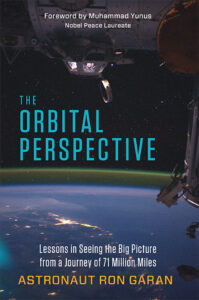 Trust was built in the ISS program by living up to our commitments and when one partner experienced tough times the other partners helped carry the load.  This was probably best illustrated in how the partners came together after the Columbia tragedy and how the US lived up to its commitments to finish the construction of the ISS in the aftermath of Columbia.  In short, say what you mean, do what you promise, and put a higher value on the overall success of the joint venture than in winning every battle.

What are you seeing in your mission to shift perspective in others in the way that you experienced in space?

My hope in writing The Orbital Perspective is to spark a global dialog on a much deeper level of collaboration to solve the problems facing our world.  I want to nudge individual readers toward a bigger picture perspective that acknowledges our hyper-interconnectedness while inspiring a call to action not to accept the status quo on our planet.  I want to bring the example of the collaboration that built the ISS down to the ground and put it the context of our rapidly developing interconnected global society.  If we can achieve the amazing human accomplishment that the ISS represents in space, imagine what we can do to tackle the problems facing our world if we learn to work together here on the surface of our planet.

The Orbital Perspective: Lessons in Seeing the Big Picture from a Journey of 71 Million Miles

How the Next 48 Days Can Transform Your Life