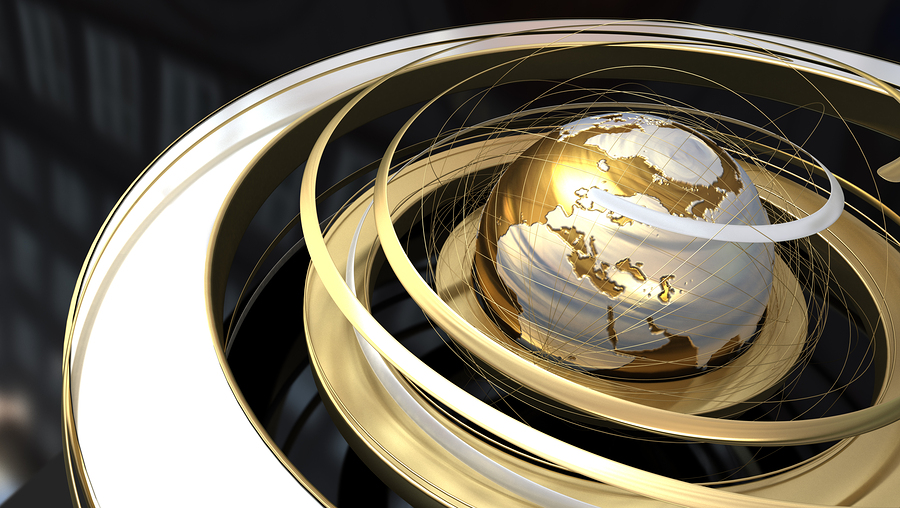 How do you create the type of innovation for the history books?

What are the 8 enemies of innovation?

After twenty years of research in the field of innovation, Rajiv Narang and Devika Devaiah authored a terrific book, Orbit Shifting Innovation.

I had the opportunity to ask Rajiv and Devika about their work.

“Innovation distinguishes between a leader and a follower.” -Steve Jobs

Your new book is the result of 22 years of work in the field of innovation.  Would you define “Orbit-shifting innovation” and share an example?

The Swiss firm Vestergaard Frandsen has developed an Orbit-shifting product that is and will continue to have a transformative impact in areas where there is a pernicious shortage of clean drinking water.  The entire water purification industry is locked into the mindset ‘Purify at the source and then drink.’   So bottled water is purified at the source or in factories, and then supplied through retail to consumers.  Home water purifiers either have pre-purified water dispensers or purify the water which is filled into containers (jugs and bottles) and then dispensed.  LifeStraw broke this industry mindset by making it simultaneous: purify as you drink.  The real shift that LifeStraw made was not in miniaturizing the system; deploying technology to make it smaller, sleeker and speedier is a given in the natural progression of development and growth.  It is the delivery mechanism in the format of the straw that changed the game comprehensively.  By putting a miniaturized system into a straw, LifeStraw broke the mental-model boundary from ‘purifying and then drinking’ to ‘purify as you drink’ (Vestergaard Frandsen). 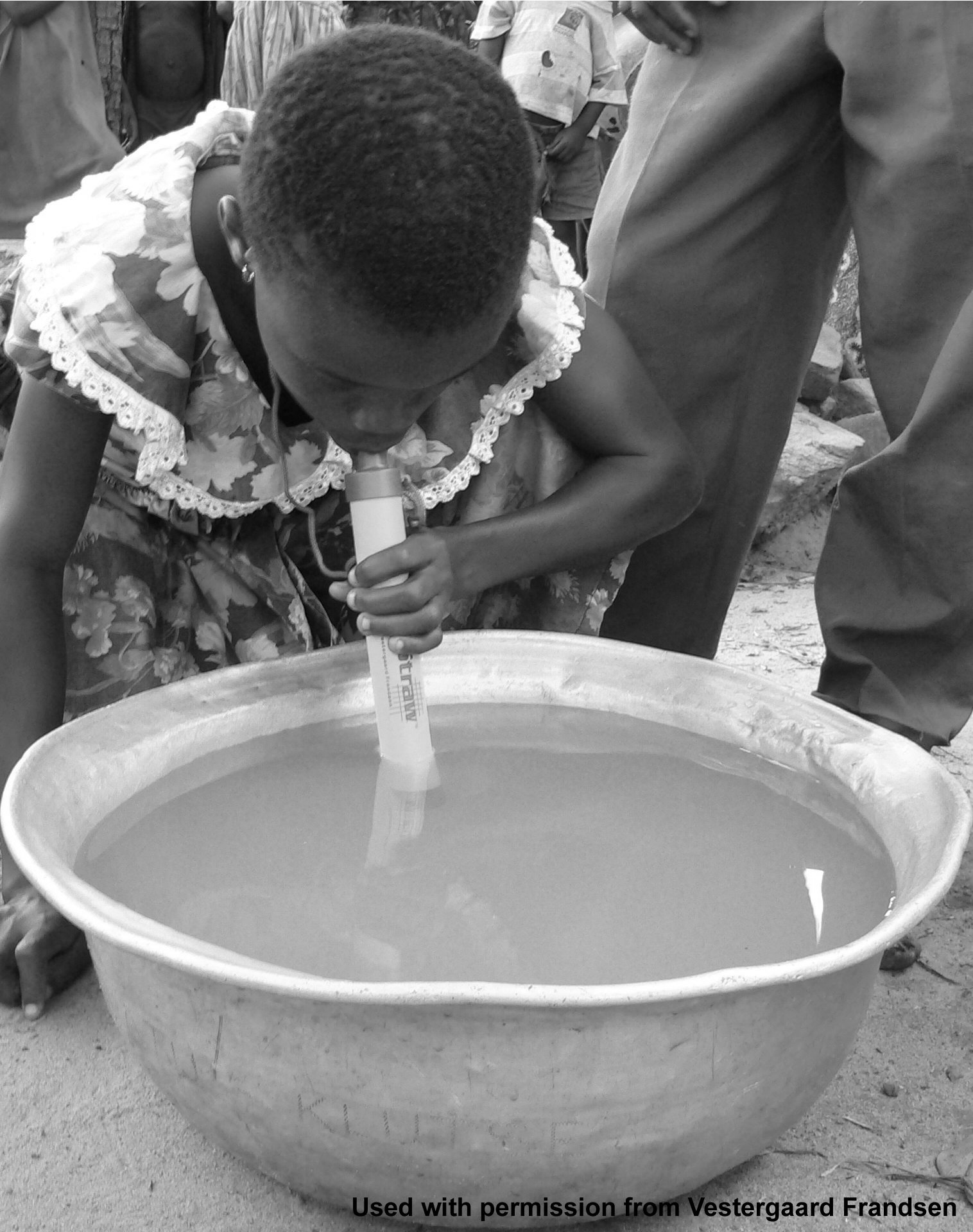 You can literally drink water from any source:  This straw filters 99.9 per cent of water-borne bacteria and parasites.  A single straw costs about US $6.50 and filters about 1,000 liters of water, which is enough for one person for one year.  This has bought potable water within the reach of millions of people for whom traditional water purifiers or bottled water is simply not affordable.  Vestergaard is truly saving lives with this Orbit-shifting straw by safeguarding against waterborne diseases, which are among the commonest sources of illness.  No wonder then, it has been named LifeStraw.

What’s more, Vestergaard was originally a clothing company in the fabric industry.  And yet fabric became the trigger, rather than the boundary, to create the LifeStraw – its central component is a cloth-based filter membrane.

The Enemies of Innovation

I’m interested in your view on the enemies of innovation.  You point to a survey by Business Week and BCG that identified the enemies as:

And those “enemies” would be the expected ones.  You, however, say that all of those are really manifestations of something much deeper.  What is it?

From our experiences in ‘Making Innovation Happen’ with over 250 Orbit-shift projects over the last 20 years, we find that these are not the real enemies, these are merely symptoms. The real enemy is the underlying mindset gravity. 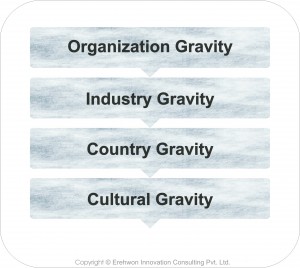 Mindset gravity conditions and limits even the most brilliant teams and organizations, layers of invisible constructs and beliefs that unknowingly limit the thought spectrum, reduce the exploration space and stifle new possibilities.

Most organizations and teams have a tendency to settle into an orbit that works, that is reasonably successful, that is fairly predictable and one that minimizes uncertainties.  The more settled an orbit, the greater the desire to cling to it – the greater is the accumulation of gravity – gravity that prevents a move into the next orbit.

We need to hire mavericks; only people with this kind of a rebellious attitude can come up with innovative ideas and see them through to the end.

Gravity accumulates over time and pulls down the new.  There is not one, but four layers of mindset gravity that stall Orbit-shiftinginnovation.  Organization gravity conditions most people within the organization to think alike.  Deeper is industry gravity, which ensures that all players across an industry start to think and act the same.  Deeper still, country and cultural gravity choke people across industries and even across generations into conforming rather than innovating.

The reality is that most organization drives aimed at managing innovation usually get lost in the creation of innovation offices and insignificant idea management processes and platforms.  These kinds of initiatives get subsumed and even decimated by deep-rooted mindset gravity.  Dealing with barriers like risk averse culture, lengthy development times, dearth of ideas, poor idea selection in a symptomatic way, most organizations focus on ‘Improving creativity skills to overcome the dearth of ideas’, ‘recognizing people who tried but failed to shift the risk averse culture’.  And they often do cross functional teaming workshops to improve coordination and reduce development times. 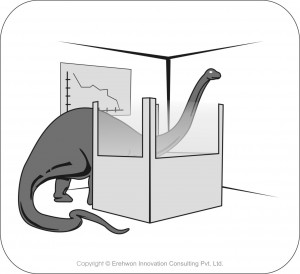 These kinds of superficial attempts are merely symptomatic; they will at best lead to incremental improvements; they don’t propel Orbit-shifting innovation.

On the other hand, by digging deeper, some very successful organizations discovered that ‘Avoiding Uncertainty means success equals not failing’ was the real and deep-rooted mindset gravity.  It manifested itself as ‘risk aversion’ leading to ‘lengthy development times’.  It also manifested itself in the form of ‘poor idea selection’ because the ideas selected were those that ‘fitted in with the current knowhow.’

Confronting and breaking through this deep-rooted mindset gravity, ‘success equals not failing,’ rather than solving for the symptoms like  lengthy development times, poor idea selection and risk averse culture,  is what is needed to unleash the next wave of innovation.

The Innovation Behind the Bohemian Rhapsody

One unexpected example you use in the book is Freddie Mercury’s “Bohemian Rhapsody.”  How is this Queen song an example of Orbit-shifting innovation?

The Bohemian Rhapsody brings alive a barrier in executing an Orbit-shifting innovation: It vividly illustrates ‘What happens when a new, breakthrough idea comes up before stakeholders whose mindsets are stuck in the old orbit.’

One of the most famous songs of all time, Bohemian Rhapsody by Queen, almost never got into the public domain.  Written by Freddie Mercury for their album ‘A Night at the Opera.’ the song in itself was genre-defying in combining a ballad, an operatic section and a rock ending. Putting these three forms together in a popular song, Queen had broken through mental-model boundaries.  When the band wanted to release the song in 1975, record producers prevented them from doing so, believing that at five minutes and 55 seconds it was too long to ever be a hit.  It went firmly against their mental model of ‘what a popular rock song should be like.’  Quoting from a Sound on Sound article (October 1995) on the making of Bohemian Rhapsody, the producer of this song Roy Baker brings this alive:

‘It was, after all, breaking all the rules,’ says Baker. ‘So we rang EMI and told them we had a single, inviting them down to have a listen. We told them how long the track was (five min, 55 seconds) and before they had even heard it, the comment was, “Oh, I don’t know. I don’t think we’ll be able to get any radio play with a song that long.” We said, “But you haven’t heard it yet.” They said, “Well, just going by what the current formula is, if it’s longer than three and a half minutes, they won’t play it.”

An Orbit-shifting idea was confronted with the formula of the old mental model.  But Queen and Baker decided to do something different. They went directly to the radio jockey Kenny Everett with the song.  He loved it, but they gave it to him only on the condition that he promised them not to play it!

“Vision is the art of seeing things invisible.” -Jonathan Swift

He said, “I love this song.  It’s so good, they’ll have to invent a new chart position.  Instead of it being Number One, it’ll be Number Half!”  It was the oddest thing I’d ever heard!  We had a reel-to-reel copy but we told him he could only have it if he promised not to play it.  ‘I won’t play it’, he said, winking.

On his radio show the following morning he played the beginning of it, saying, “Oh, I can’t play anymore, cause I promised.”  Then he played a bit more later.  Eventually, he played the track 14 times over the course of the weekend.  By Monday, there were hordes of fans going to the record stores to buy Bohemian Rhapsody, only to be told it wasn’t out yet.

“There was a huge backlash at our end from EMI’s promotion department, who told us we were undermining them by giving Capital Radio a copy. But we said that we had no option because they told us that nobody would want to play it.  During the same weekend that Ev [Kenny Everett] was playing the song, there was a guy called Paul Drew, who ran the RKO stations in the States.

He happened to be in London and heard it on the radio. He managed to get a copy of the tape and started to play it in the States, which forced the hand of Queen’s USA label, Elektra.”

It was a strange situation where radio on both sides of the Atlantic was breaking a record that the record companies said would never get airplay! (Cunningham, 1995).

Bohemian Rhapsody has gone on to become one of the most iconic rock songs of all time. 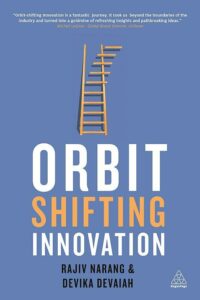 The song is also listed in the Rock and Roll Hall of Fame’s ‘500 Songs that shaped Rock and Roll’ (Rockhall).

By getting DJs to play bits of it directly on the radio, and have it shoot to public notice with fans clamoring for the song, Queen gave the record company executives a firsthand experience of how much the public had fallen in love with the song.  Getting the record company executives to experience this snapshot of the new reality moved them from doubt to confidence faster than any amount of reasoning, logic or agreement could have (Cunningham, 1995).

What stifles innovation is not idea poverty but leadership poverty.