Why Leaders Must Develop An Outward Mindset 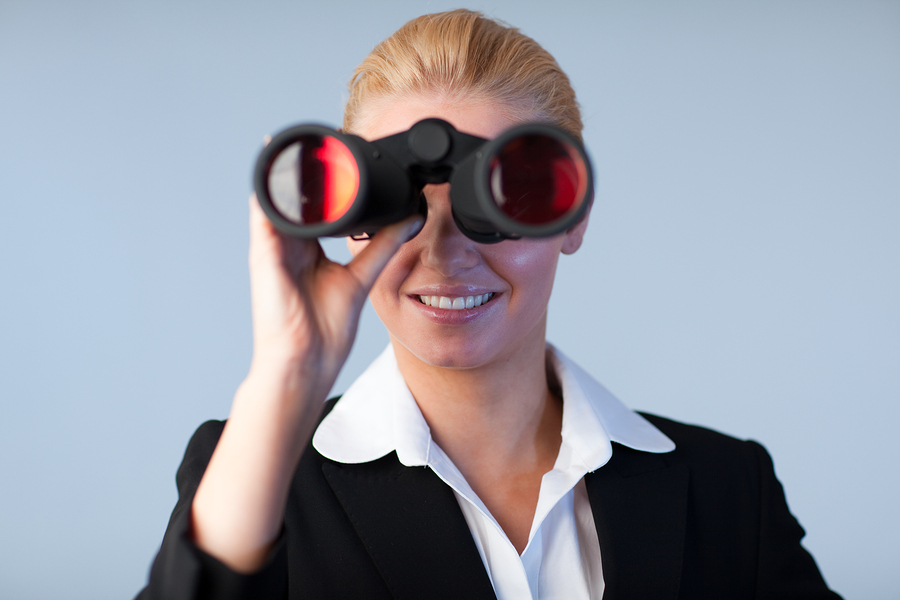 Your mindset is the key to your success, your happiness, and your ability to perform at exceptional levels. Your mindset is how you look at yourself and the world around you. An internal mindset is one blind to others, what they need, and how to create collective results.

Jim Ferrell, co-founder and Managing Partner of The Arbinger Institute is the author/co-author of multiple bestselling books, including Leadership and Self-Deception and The Anatomy of Peace. His latest book, co-authored with Mitchell Warner, is The Outward Mindset.

It’s as eye opening and important as his earlier work.

I recently spoke with Jim about his research on perspective and personal effectiveness. The ideas in this new book can improve performance, spark collaboration, and accelerate innovation.

“The secret to teamwork is an outward mindset.” –Steve Young

How to Change Lives and Transform Organizations

Would you introduce the concept of “The Outward Mindset”?

Our new book, The Outward Mindset, is about the key differences between these two mindsets and how to move to an outward mindset. The real-life stories in the book illustrate the dramatic difference in influence and results that individuals, teams, and organizations see as they shift to more of an outward-mindset orientation. The book details both how to personally make this shift and how to help others—individuals and whole organizations—to make it.

“Too many leaders assume that the role of leadership is to control.” –Jim Ferrell

Shift to the Outward Mindset

You share some powerful stories of shifting to an outward mindset. Are there “typical” difficulties and struggles in making this shift, especially if you found someone who was way off the scale on the inward side?

The biggest challenge is people linking their own mindset change to a change in others. When people have an inward mindset, they characteristically blame their struggles—and even their own mindsets—on others. They believe that they have to have an inward mindset in order to defend themselves against all the people around them who have an inward mindset. We demonstrate in the book how this belief is mistaken. We show that the most important move—both in organizations and in life generally— is for people to shift to an outward-mindset approach even when others around them persist in inwardness. This is a very powerful move, and the willingness to do it is one of the most important elements of transformational leadership.

As for someone being way off the scale on the inward side, most people are a mix of the two mindsets. Someone who is tyrannically inward in one part of their life, for example, may be quite different in other contexts. This means that people often are much closer to a change to an outward mindset than many people around them may believe.

“How much larger your life would be if your self could become smaller in it.” –GK Chesterton

The Incredible Results of an Outward Mindset

What results do you see after the shift has occurred?

Wow, it’s hard to know where to begin. At its most basic level, a change to an outward mindset transforms the health and vitality of relationships. It’s easy to see why this would be the case. When we are connected to others in an others-inclusive way—where we see others as people who matter like we ourselves matter—we tend to do much better with others (and they with us!) than when we are self-focused and see others as objects or tools to be used for our own purposes.

As a result of this transformational effect on relationships, one of the interesting things we often find in our work with organizations is that even the non-work relationships of the people we work with dramatically improve. I can’t tell you the number of times people have told us that our work has saved their marriages or healed the rifts in their relationships with their parents, siblings, or children.

For the same basic reason, a shift to an outward mindset in the workplace dramatically improves the abilities of teams, departments, and whole organizations to work productively together. These improvements show up in organizational climate, engagement surveys, customer satisfaction scores, and in the bottom line results of organizations. 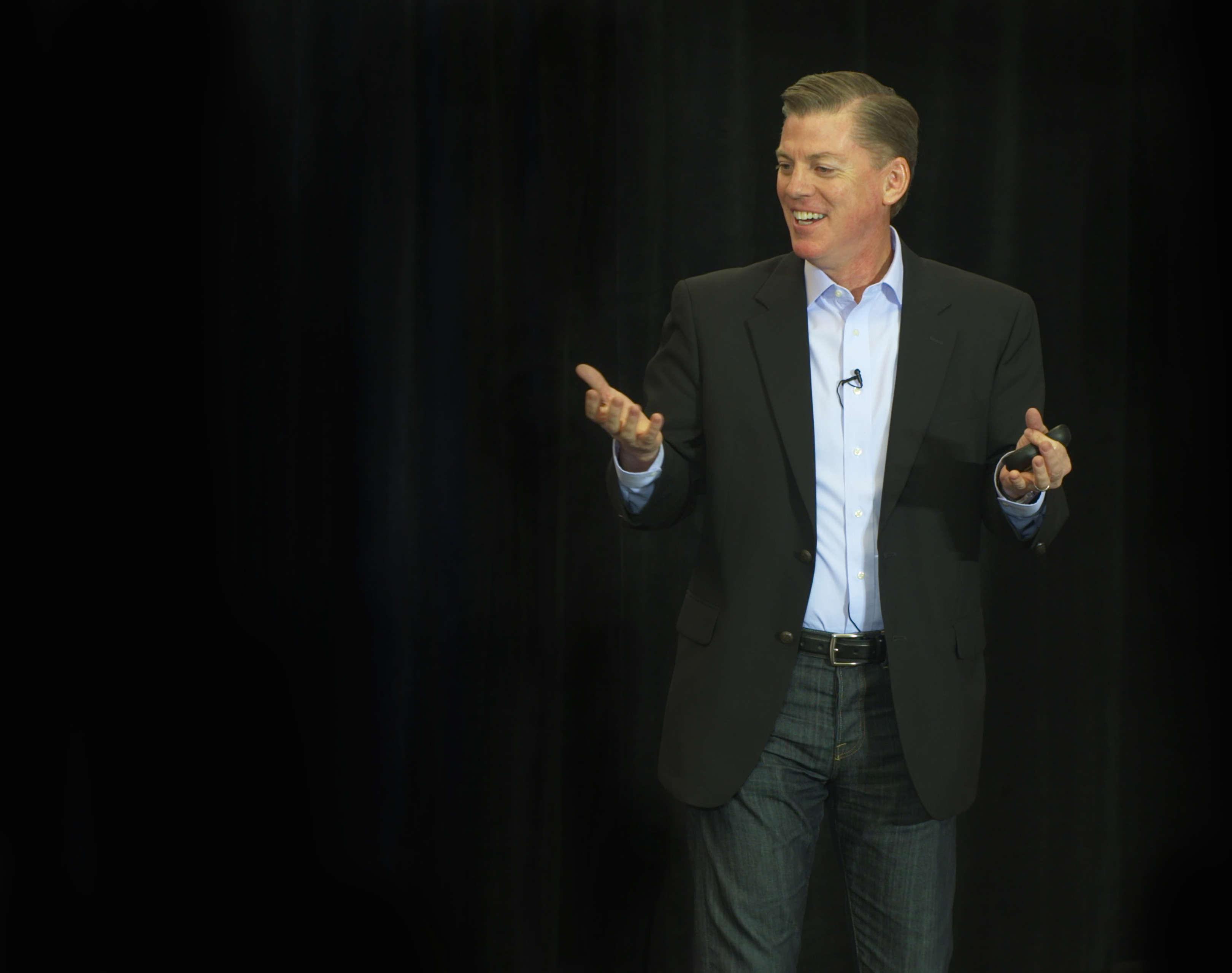 How does the outward mindset manifest itself in individual and team goals?

Although people generally aren’t aware of this, most organizational systems, incentives, and goals are inherently inward in nature. They invite people to focus on themselves and their own activities and levels of performance rather on the impact of their activities on others.

As a result, the move to an outward mindset often dramatically changes the objectives and metrics that people and organizations pursue and utilize. You can imagine, for example, how a person’s view of his own job responsibilities would change if he knew that he was responsible not only for certain outputs but also for the impact of those outputs (and the way he went about delivering them) on others.

When individuals and organizations get serious about moving to more of an outward-mindset approach, they start paying attention to and measuring their impact, not just their activities or outputs.

“All action results from thought, so it is thoughts that matter.” -Sai Baba

I appreciate the chapter on allowing people to be fully responsible. Why is this so important? What is the main mistake leaders make and why is it so prevalent?

There are various ways to name this division—the minds and the bodies, the brains and the backs, the knowers and the doers, the manipulators and the manipulated. Whatever you call it, however, whenever the planning and executing functions are split, you also undermine accountability throughout an organization. When things go poorly, the people who did the planning blame poor execution, while the executors blame the wrong-headed plans.

Among other things, allowing people to be fully responsible refers to equipping people both to execute and to plan their work. This encourages people to take full responsibility for the impact of their work and to apply their whole brains and souls to that work without blame and justification. 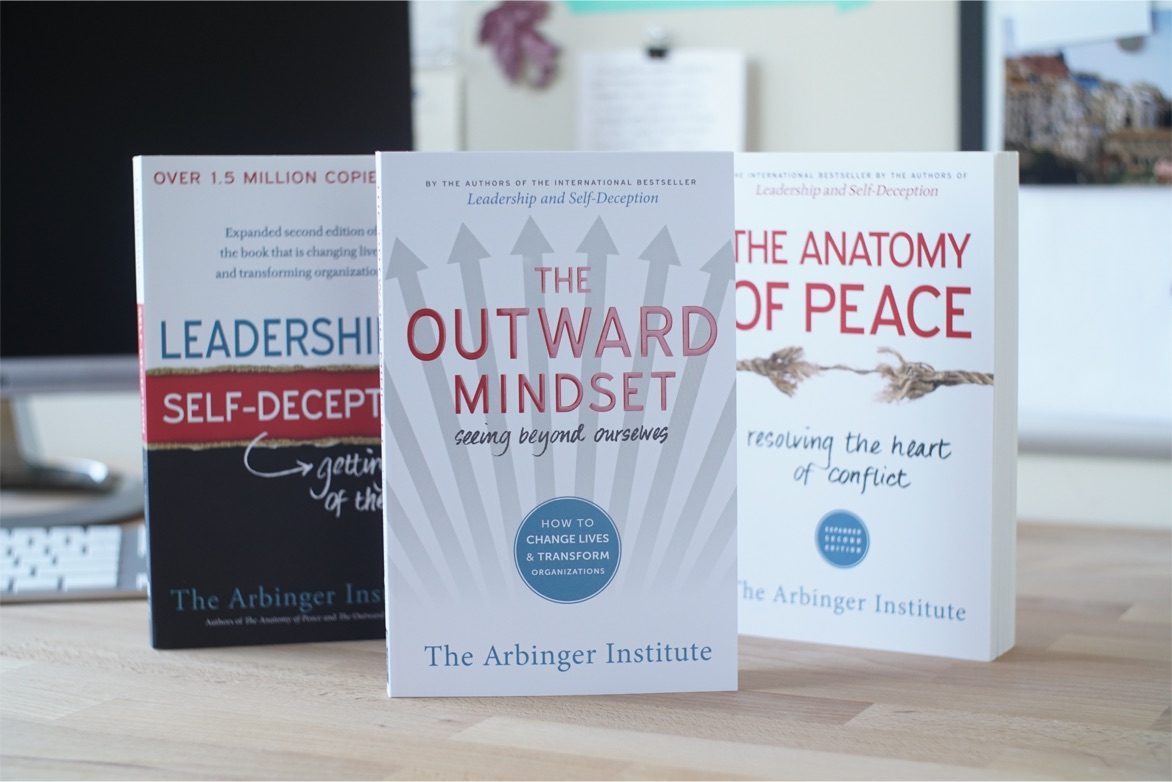 Leadership and Self-Deception continues to challenge leaders. Why does this message resonate? Have you had any surprises or stories you can share since the book was first released?

Leaership and Self-Deception has been a phenomenon for sure. It has sold over 1.5 million copies to date and continues to sell over 100,000 copies annually.

I think the book works because it sneaks up on people. When people first start reading it, I think many of them see the issues being discussed in all the people around them. But then, by the end of the book, they discover that the book is about them. I think the story medium of the book helps this to happen. Readers identify themselves with the characters in the book, and, once they’ve done this, they then learn for themselves what the characters learn about themselves.

“I lie to myself all the time. But I never believe me.” –S.E. Hinton

And it turns out that what people learn about themselves is transformational. They learn how they have been a problem for others (and for themselves) in ways they had never supposed. While this might seem like a depressing discovery, it actually energizes people—they see how they can fix things that they’ve never known how to fix.

“Lying to ourselves is more deeply ingrained than lying to others.” –Fyodor Dostoyevsky

There are so many interesting things that we’ve heard from readers. I’ll just give one quick example:

Scott O’Neill, whom we write about in The Outward Mindset, began utilizing Leadership and Self-Deception when he was a marketing executive for the National Basketball Association (NBA). When he left the NBA to lead the sports division of Madison Square Garden, he began to use the book widely with all of his leadership. Now Scott is CEO of the Philadelphia 76ers. With the Sixers, Scott has all of his employees and prospective employees read the book and then write and submit a paper on how it applies to them. Periodically Scott sends me some of the lessons his people are learning and applying. It is incredibly gratifying to see the positive changes people have been able to make because of what they learn about themselves from reading that book.

The Outward Mindset builds on the kind of self-discovery that people come to when they read Leadership and Self-Deception (and/or its sequel, The Anatomy of Peace). The book is designed to equip people not only to be able to make helpful changes in themselves but also to be able to spread mindset change widely among others.

To the degree that our earlier books left people wondering how to operationalize Arbinger concepts within teams and across organizations, The Outward Mindset details how to do it. I am really excited by the ideas we share in the book, and I can’t wait to see the impact this book will have for people individually and organizationally.

The Outward Mindset: Seeing Beyond Ourselves Leadership and Self-Deception

Why Businesses Must Think Beyond Shareholders

What this CEO Learned from Having Covid-19