Take Inventory of Your Regrets to Create a Better Future 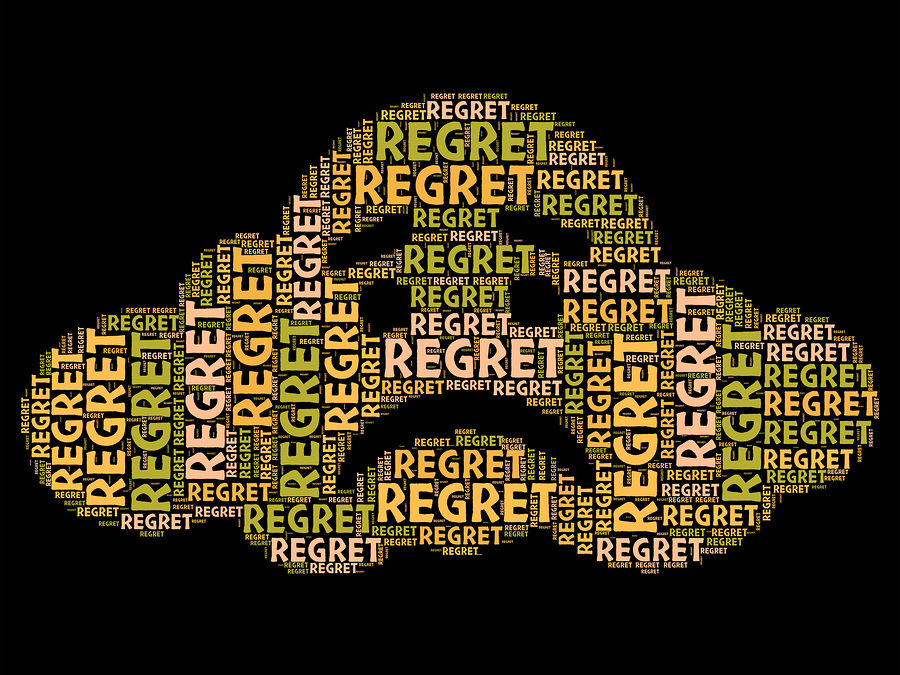 I was in Chicago for a conference. Early on my first morning there, I found myself exiting the elevator into the well-appointed lobby. Taking a few minutes to warm myself in front of a roaring fire, I braced myself for the cold wind outside. Leaving the hotel was essential to go a block or so to Starbucks where I could find a jolt of caffeine.

That’s when I saw him. As I got closer, I could see him panhandling. A well-dressed businessman silently crossed the street in order to avoid him. I discretely slipped a few bucks from my wallet before he saw me, depositing them into my front pocket. When he asked for some help, I responded with a smile and the money.

The same thing happened the next day.

But, the third day, I thought that this wasn’t working. “Hey, I already gave him money,” I said to myself, “And it’s not like it does any good.” So, I smiled, but kept walking.

How utterly ridiculous. How self-centered. How insensitive.

A few bucks would have helped him a great deal and meant little to me. I regret not giving him those dollars and even more.

Take Time to Think About Your Regrets

It got me thinking about other regrets. Sure, some people can live with the “No Regrets” mindset. I, on the other, take time each year to think about what I do regret, what I should have done differently, what I could have done but did not do. And, painful as it is, and somewhat embarrassing, I am sharing the top 10 of this year’s list with you. I don’t do this as a way to provide an impossible penance or pay a debt. I do it because it acknowledges what I want to change. Hopefully, it sparks something in me to be a better, more caring person. And maybe you, too.

“To give up yourself without regret is the greatest charity.” –Bodhidharma

When I do this each year, it reminds me that, if I listen to my inner voice early enough, I will live life to its full. I will look back and not think of regret, but smile with a joy of knowing I did exactly what I was supposed to do.

“Listen to your inner voice early enough to change and live life to its full.” -Skip Prichard

What you’ll notice is that my regrets go in both directions. That’s because too much of one thing equals not enough of another. You will also notice that they start with “I.” Normally, I frown on writing with “I” because it is self-centered; however, this list is all about personal responsibility. And that always starts with I. Anything less would place blame where it should not be.

My Top 10 Regrets of the Year

I too often forgot what someone did to help and encourage me, but I too often remembered what hurt and angered me.

I worked way too much, and I played too little.

I felt overconfident too often, but I felt inadequate just as often.

I spent time looking at my phone and social media instead of those in my presence.

I moved too quickly at times and moved too slowly other times.

I didn’t express my emotions enough. I expressed other emotions too much.

I worried too much about the external (what others think) when all that really matters is the internal (character).

I overindulged in food at times and…I enjoyed every moment of it.

I talked at people too often instead of talking with them.

“Regret doesn’t remind us we did badly. It reminds us that we know we can do better.” –Kathryn Schulz

Time moves forward, never stopping, never pausing. We freeze moments in our memory, but the change is constant. Think about your own list of regrets–not to dwell on them and make yourself feel bad, but to inspire yourself to change or do something differently in the days ahead.

Because we can all change and then, when we look back at our future selves, we can say that we were inspired to become more because we took the time to reflect on what we would have done differently. After all, with the time ahead, we can do some extraordinary things. Instead of living with regrets, we will live with the knowledge we made a difference.

“We crucify ourselves between two thieves: regret for yesterday and fear of tomorrow.” –Fulton Oursler

How to Orchestrate Your Attitude

How To Be Present and Productive When Time Is Short