Are You Living or Existing? 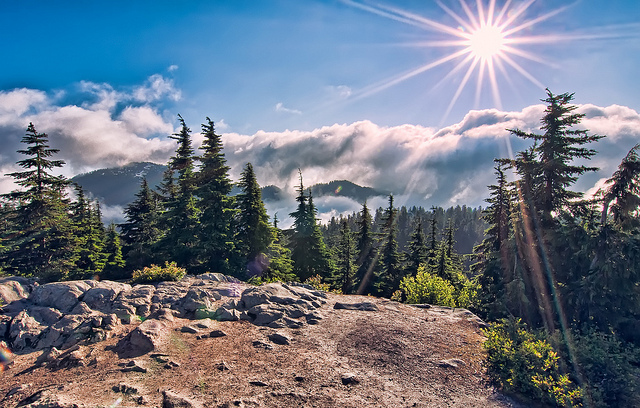 I met Kimanzi Constable somewhere between the blogging and Twitter worlds and heard his story.  He was stuck in a dead-end job, unhappy, and going through life in a way that was existing, but not thriving.  He decided to do something about it and began to change his life.  As he describes it, he decided to “stop settling, stop making excuses.”

As he began to change his life, he self-published two ebooks, which sold over 80,000 copies.  A short time later, a publisher called and he ended up with a book deal.  He quit his job, becoming a speaker and a coach.  His first published book is Are You Living or Existing? 9 Steps to Change Your Life.

9 Steps to Changing Your Life

Why did you write this book?

I wrote this book because for twelve years I had settled and made so many excuses to not live the life I truly wanted to lead. After many struggles and victories and tears I realized a lot of truths that I thought could really help people who were and are in the same position I was in. I wanted to show everyone that anyone can live the life of his or her dreams with the proper plan. I’m living proof; this book is my game plan on paper.

What’s the difference between living and existing?

The difference is realization, attitude and action. You start by realizing that time is one resource we’ll never get back, so we can’t afford to waste it doing things that won’t better our life. Then have the right attitude towards everything you do, viewing opportunities as a blessing and not another task on your to do list. Action means not wasting your life away watching the latest prime time shows. It means getting out and creating amazing experiences. At the end of your life you won’t remember all of the stuff you got or shows you watched. You’ll remember incredible experiences and times you impacted the lives of others.

Describe the moment when you had enough and decided to go for your dreams.

Three years ago things started getting bad at a business that I owned. The business was a franchise, you purchased a territory and the company gave you 20% of the sales. However, you were responsible for all your expenses. The problem was that even though we were “business owners” the company still had absolute control. It was three years ago when they really started putting pressure on the business owners to do things the way they wanted them done.

I got fired up for two weeks and told everyone I was leaving and changing my life. That excitement fizzled out. It was an entire year later when a very large company bought out the company. The large company wanted to make the most for its shareholders, so they started making a lot of changes that were all about the bottom line. Any of the business owners that didn’t comply were forced out and I didn’t want to be one of them. I knew it was only a matter of time before we bumped heads and I was forced out. That was the moment I really started chasing my dreams.

When you talk about getting fit, you start with the physical then quickly move to other areas such as emotional health.  You say, “Be the master of your emotions; don’t let them be your master!”  How did you use the same principles for physical fitness in other areas of your life? 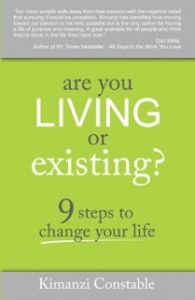 I talked about physical fitness because it can be the gateway to so many other areas. If you start getting fit, you start eating better, which means cutting back on junk food (like fast food) which will put some more money in your pocket. Getting physically fit will also teach you discipline that will help you in every other part of your life. You’ll feel better which will empower you to do more and chase those dreams.

In your book, you recommend going for your dream.  You also say, “Have a backup plan.”  Tell me more about that.  Is there a tension between the one side, saying, “I am going to do this no matter what” and the back-up plan whispering, “Well, that won’t work out, so try this instead.”

I think it’s just smart to have a backup plan because you never know what will be thrown at you. No matter how well we do research and plan, we will hit bumps in the road. The backup plan ensures those bumps aren’t dream ending. You still can have the attitude that I’m doing it no mater what. Having a backup plan will help you say that with absolutely confidence.

Let’s talk about habits.  You write, “Don’t let the old habits creep back in.”  What do you do to guard against that from happening?

I’m taking Tae Known Do right now, and one of the first things you learn is to always be aware of your surroundings. When you have achieved victory you have to be aware of your surroundings and how the old habits are hiding around the corner. If you lost a bunch of weight, be aware when you’re getting more and working out less and less. If you fixed your finances, be aware of frivolous spending. You can’t let your guard down too much because that’s when the bad habits creep back in. The best thing you can do is to not put yourself in a situation that will tempt you to the point where you’ll be overwhelmed.

All of this personal change had to impact your family and friends.  What did they think about your success journey?

Now they are very proud. During the journey they thought I was a crazy man. Growing up my grandfather would always send my brother and me books for our birthdays. It taught us to love books. He is 87 now and hasn’t touched a computer so he couldn’t read my ebooks. When I got my first copies of the published book, I took him one and when he held it, he cried. That was my dream realized. My wife and children have also been my biggest fans. It’s cool to hear my kids tell their friends that their dad is an author.

Previously, Kimanzi’s publisher, Sound Wisdom, agreed to give 20 copies of his new book. We allowed people to enter by liking the post, tweeting it, leaving a comment or signing up for email.  Random selections were chosen.

May 1:  WINNERS HAVE BEEN NOTIFIED.

Coaching others has given you a window into other people and the struggles they have to change.  What have you learned from watching others try to master themselves, gain self-control, and change their own lives?

I’ve learned the importance of a good support system. Every now and then even the strongest of us need someone to lean on when times get rough. I’ve seen that during these times if you don’t have that support, it could be the end of chasing your dream. I’ve learned that doubt is one of the biggest things that holds people back and keeps them from the life they truly deserve. I’ve learned that you have to get rid of the negative in your life in order to welcome in the positive. I’ve learned that if we want to change the world for good, we have to start with us as individuals first. I’ve learned that it truly is possible for people to live the life of their dreams no matter where they are or come from. I’ve seen people do it every day.

Thank you so much for having me, Skip. This is an honor!