How To Be Present and Productive When Time Is Short 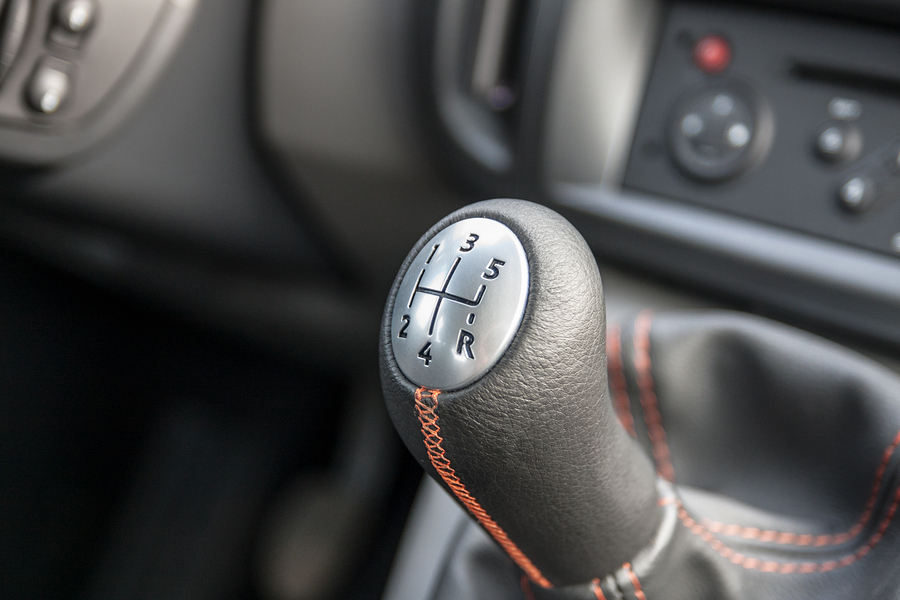 Do you struggle with work-life balance?

Do you find it challenging to maintain relationships while also driving for results?

Do you take time to recharge your battery?

Find yourself at home when at work and at work when at home?

“Work on your weakest gear to improve your ability to influence others.” -Kubicek/Cockram

Be Present and Productive

If you are constantly juggling priorities and trying to keep it all together, you may not just need time management. You may need a new model. One that increase confidence and allows you to lead from a position of strength. 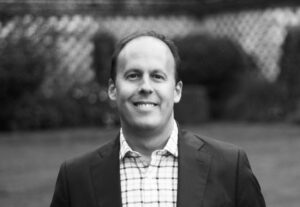 Jeremie Kubicek and Steve Cockram are cofounders of GiANT Worldwide. Both are leadership experts, authors, speakers, and experienced in culture change. They have just written a book. 5 Gears: How to Be Present and Productive When There is Never Enough Time which is a terrific read, full of nuggets that will stay with you long after you finish.

Jeremie is a personal friend and someone I admire. He recently answered some questions about the new model they have developed.

“Secure, confident leaders are those that people want to follow.” -Kubicek/Cockram

Use 5 Gears to Increase Your Productivity

Jeremie, your newest book, 5 Gears: How to Be Present and Productive When There is Never Enough Time, coauthored with Steve Cockram is a thought-provoking new model of work-life balance. How did you develop it?

The book is a metaphor that we created to explain what we were seeing in each other as we were forming our company several years ago. Steve is British, and we had just moved to London, where I was learning how to smoothly drive a left-handed stick shift vehicle. As I lunged and ground the gears in our vehicle I used the analogy of why we are so often in the wrong gear at the wrong time socially and why we tend to disconnect and run people over figuratively.

You start this book with a reality check. Many leaders have people surrounding them who won’t share reality with that leader. What’s the best way to conduct a reality check on yourself?

When people hear the 5 Gears, they get it immediately, and then they naturally begin to think about what they do or don’t do as it relates to connecting with others. The fun wake-up calls are talking to a busy exec who admits that they are stuck in 4th gear, task mode, and 5th gear, focus mode, and either don’t know how to shift or won’t shift because they think the other gears are a waste of time and that they need to stay productive.

The truth is that most leaders undermine their influence because they are typing on their phones instead of looking their kids or spouse in the eyes or bringing up work in a social event with friends or co-workers. Until they understand the 5 Gears, most of these busy adults have no clue that they are doing this and thus sabotaging themselves as their respect levels go down.

Let’s talk about “Reverse” gear. It seems that many hard-charging, Type-A leaders have trouble shifting into this gear. Why is that? 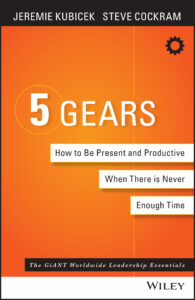 Every car needs a Reverse gear. There is actually a British car that doesn’t have reverse built in. Can you imagine? You have to park very strategically. The issue with most hard-charging leaders is that they see reverse, or apologizing, as weakness when in reality it is a competitive advantage.

Reverse means being Responsive, not Resistant. Resistant leaders are insecure and cause drama that wears people out and wastes time with fruitless energy squandered around the tantrums of these people.

Responsive leaders, on the other hand, are secure, confident and humble.

Being responsive means that you know your tendencies and patterns and lead yourself so that you adjust your actions based on humility and security, which leads to better consequences and a positive reality.

Resistant leaders are typically insecure and afraid to show weakness so they manipulate or coerce to get people to do what they want and move away from perceived weakness. Thus, resistant leaders can dominate or become overly secure and arrogant to present themselves as more than they really are.

“Self-preservation undermines our ability to influence others.” -Kubicek/Cockram

How does self-preservation undermine influence?

Here are the three questions to help you see what your self-preservation might be:

One leader I worked with in the past was so afraid of losing his compensation/salary because of potential layoffs that he began to be overly aggressive in looking for extra commissions and prove he could make money for the company. His fear led him to do some things that were grey ethically and he ended up losing his job. His self-preservation, which is really fear, caused some damage to his relationships, and when something was a bit sketchy, it was an easy decision by the management team.

Be careful of self-preservation. Usually the responsive leader can handle it well and others will see it and appreciate the way they handle it. The resistant leader, on the other hand, abuses self-preservation and sabotages themselves and their legacy.

“People miss opportunities for relationships when they skip being recharged.” -Kubicek/Cockram

A person can over apologize or under apologize. The right way to apologize is to be sincere, authentic, and consistent. Here is a right example:

“Hey Tom, I need to apologize. Last week I blew it. I shouldn’t have called you out in front of the other guys but should have talked one to one. Would you forgive me for that? I won’t let it happen again.” 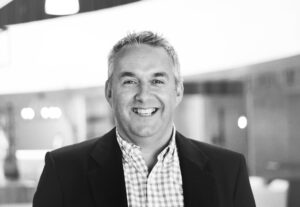 “Hey Tom, I need to talk with you about last week. I didn’t mean to embarrass you, but I did want to talk through the issues. Sometimes it seems like you and I aren’t on the same page, and we have a lot to get done. It was important to get other people’s opinions so they can weigh in.”

When we are sincere, people will normally respond favorably and give grace. However, when we are inauthentic, we lose respect and influence and create silos that produce unneeded drama.

When leaders learn how to use the 5 Gears effectively, they, over time, become automatic in their social connectivity and emotional intelligence. Relational intelligence is a competitive advantage for those who want to be leaders worth following.

5 Gears: How to Be Present and Productive When There is Never Enough Time

Take Inventory of Your Regrets to Create a Better Future

12 Secrets Your Kids (and Employees) Want You to Know