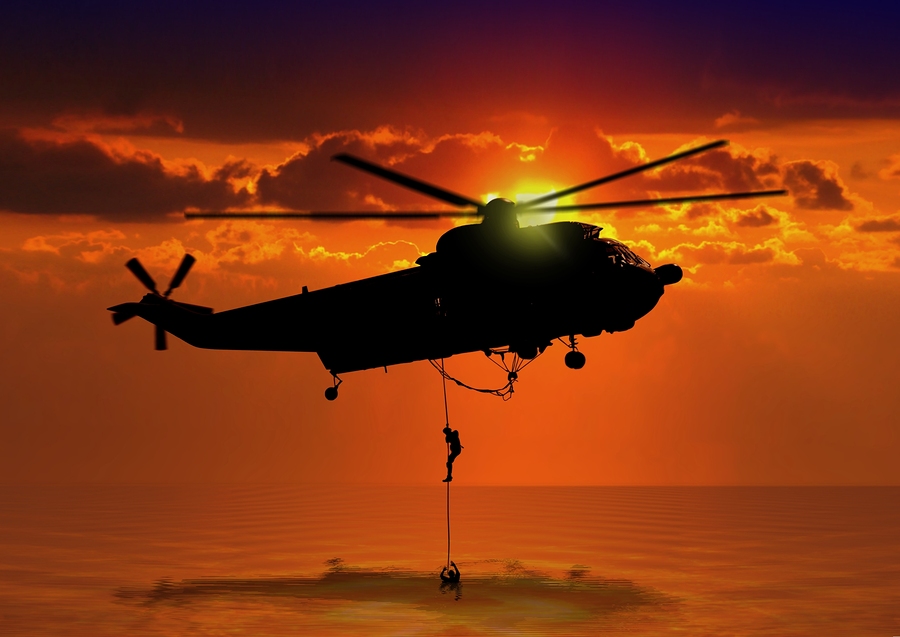 Not many of us will face hostile enemy fire in foreign lands.  We won’t lead a team to intervene in humanitarian situations, nor will we need to manage a crisis with lives literally on the line.  Still, the leadership principles from these experiences are adaptable and applicable to all of us.

Jake Wood served in both Iraq and Afghanistan, earning numerous awards for his distinguished service.  He has been named a 2012 CNN Hero.  In 2010, he co-founded Team Rubicon, a non-profit organization focused on disaster response. The organization gives military veterans a purpose as they intervene in various humanitarian situations.  His new book Take Command: Lessons in Leadership offers a unique perspective on how to lead a team through any situation.

How do you build a high-impact team?

I think first you have to understand the critical value of having the right team.  Oftentimes people think that process trumps people; or willpower triumphs over interpersonal dynamics.  That’s just not the case, so understanding the need to build a high-impact team is the first step.

I write about five components of building a high-impact team in the book, but I’ll just highlight two.  First, we have a saying at Team Rubicon: Passion trumps talent, but culture is king.  When we’re looking to add team members, we aren’t looking for resumes laden with accolades.  We’re looking for things that demonstrate passion.  We try to start that weeding-out process from the get-go by having really quirky job postings.  We demand that only the most awesome candidates apply and generally warn about how underpaid and overworked any candidate who is accepted will be.  If someone reads that and applies with a resume and cover letter that screams, “Bring it on,” then we’re on the right path.  The second part of that saying though is critical: Culture is king.  Passionate and talented people abound, but are they right for your team?  We’ve had high-output, high-passion people in our organization before who were total cultural misfits.  They proved cancerous to the morale of the organization, and we had to eliminate them despite their talent.  Nothing derails morale faster than a poor culture fit.

The second thing I’ll highlight in building high-impact teams is roles.  My football coach at the University of Wisconsin, Barry Alvarez, always talked about roles.  “Know your role!” he’d scream time and again.  What he meant was that starter or backup, star quarterback or water boy, we each had a role.  Furthermore, each role was critical to the success of the whole–the team.  Some were more high profile, others received more praise, but damn it, if we didn’t have new cleats on our shoes when we went to play in the rain, then nobody was going to succeed.  Effective leaders communicate the importance of roles throughout all levels of the organization.  When people understand and embrace their own role, they tend to take more pride in its execution and are more likely to hold others around them accountable for the execution of theirs.  That’s a win-win.

“Effective leaders communicate the importance of roles throughout all levels of the organization.” –Jake Wood

Trust is crucial on the battle field, as a first responder, or in business.  How do you cultivate trust?

When I talk about developing trust, whether from my time in the military or in Team Rubicon and the corporate world, I talk about three things: training, transparency and trials.  When everyone is trained to a common standard, then people feel like they can operate liberally, knowing that everyone around them is competent in the execution of the functions necessary for mutual success.  My time in the sniper teams was a great example of this.  When our team needed to call in close air or artillery support from a unit we’d never met, never worked with and often didn’t speak the same language as us, we needed to know that that unit was trained in the same protocols and to the same standard as we were.  If that wasn’t the case, we might hesitate to call in a life-saving artillery mission, or worse, we might call it in and have an artillery shell land in our foxhole. 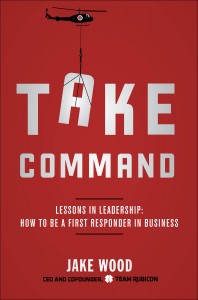 Transparency is critical because it levels the playing field.  When people feel that they have access to the same information as their leadership, they feel like they are empowered to come to the same conclusion.  Secrets naturally breed mistrust.  Naturally, some information within a corporation needs to be held in confidence, but to the extent that information can be shared, why not?

Finally, I often talk about the need for a galvanizing trial or tribulation.  The best teams come together in times of duress.  Those periods reveal what’s necessary from each member and displays each member’s respective worth.  Getting all the chips on the table allows a true assessment of one another, and that’s critical for truly coming together.  The Marine Corps attempts this in boot camp with the “Crucible” exercise, but nothing compares to the first time a unit gets in a firefight.  Doubts about who is capable of what disappear, and suddenly the team is flooded with unwavering trust for one another.

“It’s the hallmark of a weak leader to see someone constantly withhold information.” –Jake Wood

How does transparency help create trust?

Lack of transparency forces people to have imaginations.  Imagination is good when you’re an entrepreneur but not when you’re trying to figure out why you have to fill out a different type of report, or determine why holiday bonuses got cut.  In those situations imaginations can become toxic because, if left unchecked, they can run completely wild.  The better alternative is to over-inform.

Some leaders have trouble with transparency in information because information is power.  It’s the hallmark of a weak leader to see someone constantly withhold information.  Instead, strong leaders inform their team of the “what” and don’t exclude the “why” (the underlying information that led to the decision). 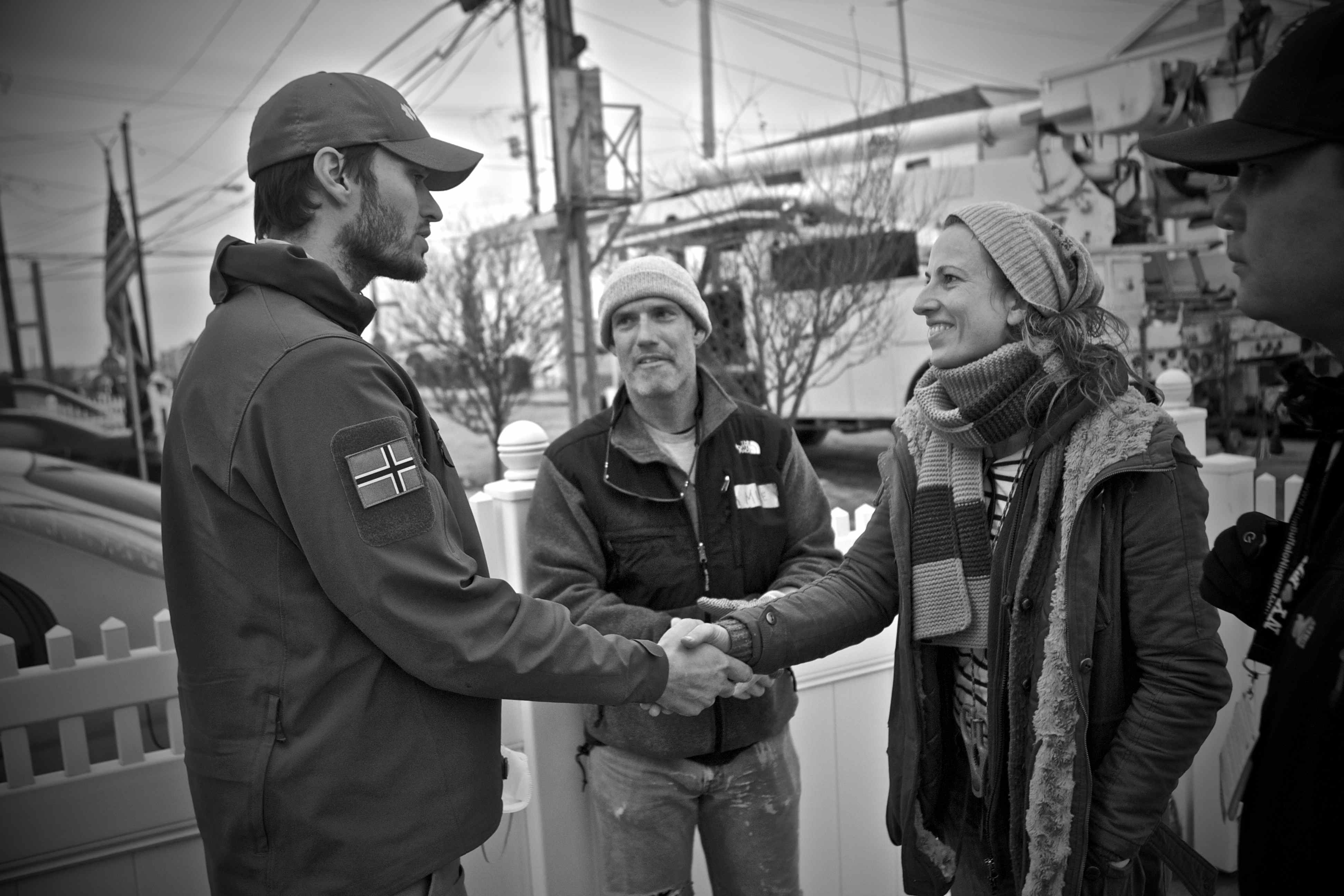 Understand the Role of Risk

You devote a chapter to taking risks.  Tell me a little about risk taking. When is it appropriate? How do you know you are taking enough, but not too much? And why is it important?

Risk is tricky, and tends to trip a lot of leaders up.  In general, risk is so industry and function specific that it’s hard to talk directly about how much one should assume at any given time.  What leaders need to be able to do is assess the risks they face, determine the relationship of that risk along two vectors–severity and probability–and finally have an understanding of how time impacts the evolution of that risk and the corresponding organizational reaction.  It’s even tougher when you’re talking about a high stakes, rapidly evolving situation like a combat zone or a disaster scenario, because you have to do it quickly, with limited information, and with a high degree of accuracy.

What I dedicate a lot of the chapter in the book to is the difference between knowing risks (what I just discussed in the previous paragraph) and accepting risk.  Knowing and understanding risk can be taught; accepting risk is personal.  It’s coming to grips with the reality of difficult decisions and the sometimes adverse consequences of those decisions.  I tell what I think is a powerful story in the chapter about my “learned” experience with this while walking point on a six man sniper team in Afghanistan.  I’ll save the details for the book, but I think it clearly demonstrates the difference between knowing and accepting risk.

Let’s talk about culture.  What tips do you have for leaders who want to create an awesome culture?

Culture is king!  That said, there’s no secret formula for a great culture.  What’s required, however, is paying careful attention to it–being proactive in making it whatever it is that you want.  An important point, though, is not to confuse culture with perks.  Ping pong tables, dogs, kegerators, and all of the fun stuff someone can put in the office are perks.  Those are all great things, but they’re things.  Culture can be perceived but not touched, understood but not necessarily explained. 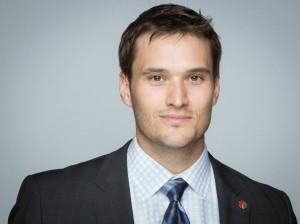 Our culture starts with what we value.  What we value are the things that we hire, compensate and promote people for.  We boiled our employee values down to four things: see $#!t that needs to get done; get $#!t done; thrive when $#!t hits the fan; and avoid bull$#!t.  Those values are simple. They cover everything we want to see in our team members’ work ethic, communication skills and ability.  That’s our culture.

How to Ruin a Business Without Really Trying

Greatness and the Great Pumpkin