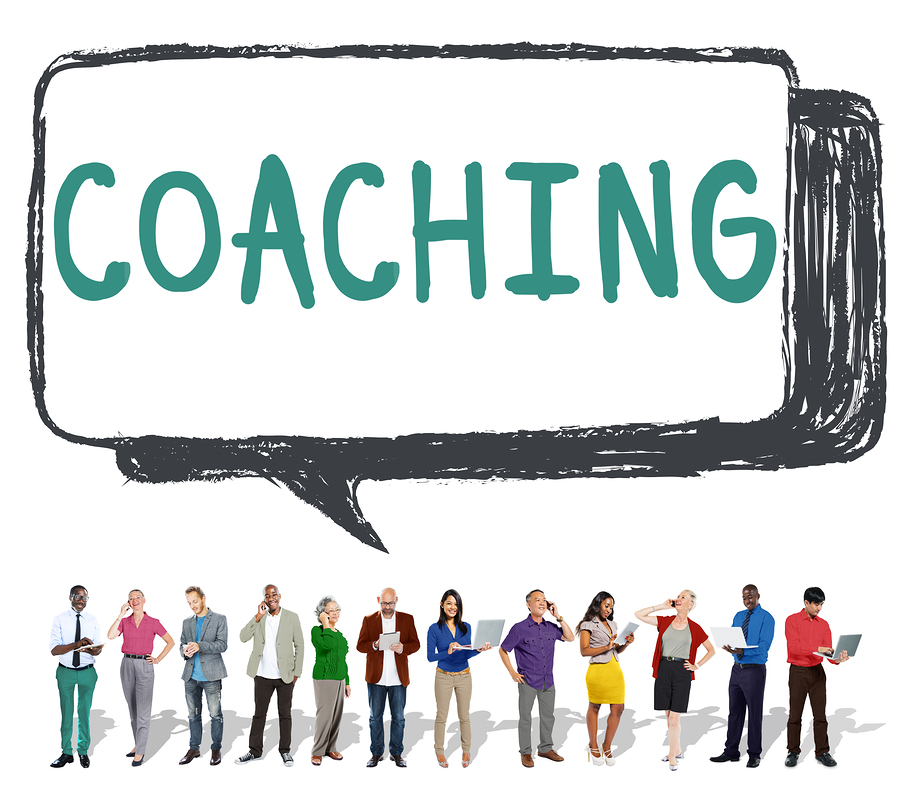 Michael Bungay Stanier is the founder of Box of Crayons, a company that helps organizations do great work. His latest book, The Coaching Habit: Say Less, Ask More & Change the Way You Lead Forever, landed on my desk and intrigued me because coaching is a skill all great leaders must master. I followed up and asked him to share more about his work in this area.

“The essence of coaching lies in helping others unlock their potential.” -Michael Bungay Stanier

What is a coaching habit, and why is it essential to good leadership?

You may know Daniel Goleman as the man who popularized the concept of emotional intelligence. He has written widely on the topic of leadership; in his Harvard Business Review article “Leadership That Gets Results,” he notes that there are six styles of leadership, all of them useful at one time or another and all of them with pros and cons.

Coaching is one of those six styles. It is the most powerful style for employee engagement and impact on culture, and it contributes to the bottom line. It is also the least-utilized leadership style. We need to change that.

We don’t want to turn busy managers and leaders into coaches. But we do want them to be more coach-like. What that means, at its heart, is staying curious a little longer, and rushing to advice-giving and action-taking a little more slowly. That’s easy to say —but hard to do—and it’s what we’re tackling in my new book, The Coaching Habit. The coaching part is straightforward: seven essential questions that every busy manager and leader can use. We then help you put those questions into action with the New Habit Formula, a simple but powerful tool to help you change your behavior by building new habits.

Know the Difference Between Being Helpful & Coaching

What’s the difference between being helpful and being a coach? 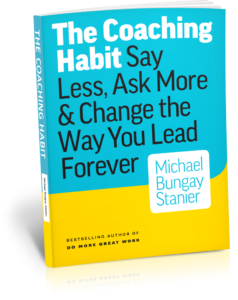 We all aspire to be helpful. Because you’re reading Skip’s blog, I’m certain you actually care about the people you lead and the difference you and they are making for your organization. You want to encourage great work: work that has more impact, and work that has more meaning.

However, in The Coaching Habit: Say Less, Ask More & Change the Way You Lead Forever we show how your good intentions often end up having the opposite effect:

If you have a tendency to jump in, fix things, take things on, rescue people . . . that’s not helpful.

If you, 20 seconds into a conversation, already have the answer and are just waiting for the other person to stop talking . . . that’s not helpful.

If you and your team are great at being tactical and getting everything done, but not that great at being strategic and figuring out the right things to get done . . . that’s not helpful.

If you are so busy helping everyone else that you don’t have the time to do what Cal Newport would call the Deep Work that your own projects require . . . that’s not helpful.

In short, if you recognize any of the three vicious cycles the busy manager faces — an over-dependent team, a sense of being overwhelmed, and a sense of disconnect from the work that matters — it could be that you’re guilty of being “helpful.”

What techniques work for those who want to be better listeners?

Almost everyone knows the basics of active listening. The problem is that this has given rise to FAL: fake active listening. That’s when you put your head to the side, nod occasionally, look concerned, and make small “nonverbal” noises of encouragement — all the time while thinking of something else completely.

In The Coaching Habit we offer eight “masterclasses” on how to ask a question well, and the notion of listening well is woven through all of them. I suggest that these are the four best places to start:

Ask the Best Coaching Question in the World

Would you explain for our readers the concept of AWE and how it can transform conversations?

Ah — you’ve picked up on the best coaching question in the world. And what’s perfect is that its acronym is AWE — so it’s literally an awesome question.

AWE is short for “And what else?”

And if this feels a little anticlimactic after the claim that this is the best coaching question in the world, let me explain the two reasons why it is.

To start, AWE supercharges every other question you have. I can promise you that the first answer someone gives you is never their only answer, and it is rarely their best answer. AWE helps mine what is there.

And then, AWE is a powerful self-management tool. You’ve picked up by now that my goal is for you to stay curious a little longer and to rush to advice and action a little more slowly. That’s harder to do than you’d think, because you’ve got a lifetime’s experience of jumping in. “And what else?” is the simplest question to ask to keep you curious. And if you’re asking the question, you’re not giving the answer.

Don’t Start With Why

You take on Peter Senge and Simon Sinek, saying to ignore both authors and not start a question with “Why?” I can’t resist: Why? 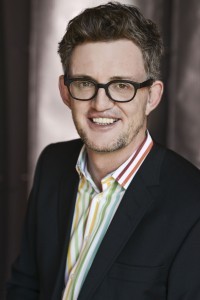 Ha! I see what you’re doing here, Skip. Look, questions that begin with “why” can be very powerful, as both Senge and Sinek show. But for most busy managers, Why questions have two particular dangers.

First, you have to get the tone exactly right or your question will come across more as accusatory than simply curious. It can sound like, “Why the heck did you do that?”

Second, why questions are often about getting more details of the story — “Give me the background.” And you want the background information so that you are able to offer some really good advice. But here’s the thing: I want our leaders to be offering up a little less advice. So if you realize that it’s not your job to give advice (or at least, it is much less often than you think) but rather to help people figure things out for themselves, then you’ll also realize that you don’t need to know the details — so you don’t need to ask, “Why?”

“To be on a quest is nothing more or less than to become an asker of questions.” -Sam Keen

Be Comfortable With Silence

It’s true, isn’t it? One, two seconds of silence happen, and then the words rush in to fill the gap. Becoming comfortable with silence is an extremely powerful tool for a couple of reasons.

One, silence allows those who need a little more time to think things through to do just that. Susan Cain in her book Quiet has really helped wave the flag for the needs of the introvert. So follow the advice in the book’s title: be quiet and allow people to think.

And two, silence is a self-management tool. If you can get comfortable with silence, you’ve found a way to stop yourself from rushing in to fix things, solve things, make things better. The other person will fill that space for you.

“Silence is often a measure of success.” -Michael Bungay Stanier

Saying No is A Leadership Skill

Tell us more about the power of “no” and why it’s important.

One of the seven essential questions in The Coaching Habit is the Strategic Question: If you’re saying Yes to this, what must you say No to?

Anyone and everyone can say Yes to things, and they do. That’s why we’re all feeling overwhelmed, that’s why we have “97 key priorities,” that’s why strategies are so often an accumulation of projects.

It’s hard to say No. It’s really hard to say No to the stuff we mostly want to say Yes to. But even if you’ve decided what — for you, for your team, for your organization — needs the bold, powerful, courageous Yes, that Yes is nothing without the No that gives it shape and focus.

“A yes is nothing without the No that gives it boundaries and form.” -Michael Bungay Stanier

4 Reasons Why Asking Questions is Important

Why is asking questions so important to a leader’s success?

This is the perfect question on which to end, because the fundamental behavior change we’re striving for with my new book, The Coaching Habit, is simply this: stay curious a little longer, and rush to advice-giving and action-taking a little more slowly. Again: easy to say, but hard to do.

“What people think of as the moment of discovery is really the discovery of the question.” -Jonas Salk

Asking questions — good questions — is being curious. And it’s important for four reasons.

First, asking questions helps you to uncover the real challenges you should be facing and to generate better solutions to solve that problem. We’re all spending much too much time and energy solving the first iteration of the challenge, with the first idea we have.

Second, your advice isn’t nearly as good as you think it is. It’s mostly not-quite-right, and even when it is spot-on, people won’t follow it as much as you wish they did. (It’s a hard truth, but there it is.)

“Answers are closed rooms; and questions are open doors that invite us in.” -Nancy Willard

Third, asking questions is how you increase the capacity and potential in those you lead. A good question creates an aha! moment, which literally creates new neural pathways.

And finally, asking questions keeps you lazy. But in a good way. If you’re asking a question, you’re not rushing in to provide the answer, give the solution, take on the challenge. It’s a self-management tool to keep you focused on the stuff that matters.

“Nothing is stronger than habit.” -Ovid