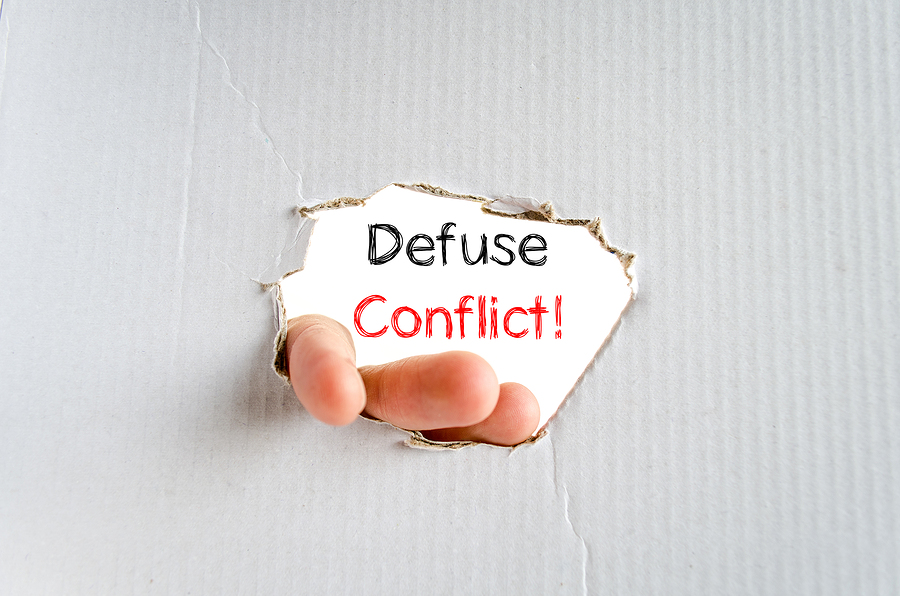 Are you ever at a loss for words?

Do you approach a potentially volatile situation with trepidation because you don’t know what to say?

The Conflict Resolution Phrase Book by Barbara Mitchell and Cornelia Gamlem is for you.

It’s a handbook of sorts, a reference book, filled with clever phrases and questions all designed to help you in conflict situations.

After reading it, I decided to put it to use immediately. I read a few of the phrases before attending most of my meetings. What I found was that I was asking better questions and was a more focused listener.

I recently asked Barbara more about her work.

“Knowing when to fight is just as important as how.” –Terry Goodkind

How do you best build the conflict muscle so that you don’t shy away from it?

Practice, practice, practice!  Many of us are uncomfortable with conflict to the point where we not just shy away from it—we run from it and give in rather than dealing with it. It takes courage and practice to have conflict muscle, but we also want people to know that not all conflict is “bad.”  Having differences of opinion can spur creativity and positive change in organizations and personal relationships.

Talk about the power of listening.

Most of us think we’re really good listeners, but what we really do is, while the other person is talking, we’re thinking about what we’re going to say when they stop speaking.  That’s not listening.  Listening is putting your own thoughts aside to focus on the words being said but also observing body language and facial expressions to really get what the person is saying.  Our ever-increasing virtual world makes listening even more difficult, so whenever possible, have difficult conversations face to face. But if you can’t be in the same place, use Facetime or Skype so least you can see each other. A good listener uses techniques like paraphrasing back what they heard to ensure both people are on the same wave length. Listening takes practice—just like any other communication form. We spend a lot time learning how to speak to be understood or how to write well but not much time learning how to listen.

“If I could solve all the problems myself, I would.” –Thomas Edison

Many of us slip and forget to ask for clarity. Talk a little about the importance of clarity and share a few questions that help achieve it.

Yes, most people want to jump right in but taking the time to clarify what the issue is that’s causing the conflict can go a long way towards resolving it.  Here are some phrases to try:

What’s the best way for a leader to respond to expectations (making it clear that expectations were missed but doing it in a way that doesn’t demotivate)?

Respond as quickly as possible so that things don’t get worse, and try and do it in a conversation rather than in writing so that the other person has a chance to share what they did or didn’t understand about your expectations. One way to avoid having these issues arise is to set milestones and check in early on a project. So if your and the other person’s expectations differ, you can catch it early—not at the end when the damage is done. Leaders need to be available to their team to respond in a timely manner to questions or concerns and to make it comfortable for people to ask for clarity.

“To every problem, there is already a solution, whether you know it or not.” –Grenville Kleiser

I like the phrase “respectful confrontation.” Would you talk a little about this and how it is achieved?

If you find yourself in a situation where the other person is behaving in a disruptive manner—maybe you’re being bullied or harassed at work and you want it to stop, there is a way to confront the other person in a respectful manner so that the conflict is resolved.

“Kind words can be short and easy to speak, but their echoes are truly endless.” –Mother Theresa

We decided to include a chapter on “You can always say this” which has lots of phrases that can work in multiple situations such as, “I’m sorry!” Then we added a final chapter that titled “But Never Say This!” and it was probably the most fun to write since we are both highly professional HR folks who try to always say the right thing—so giving ourselves permission to way things we ourselves probably won’t say out loud was quite freeing.  Here are some examples:

“This is all your fault!”

“It’s no wonder no one likes you here!”

What if you uttered some of them? What do you advise?

Here’s where the phase I mentioned that works anytime you say something you wish you hadn’t comes in. A simple, “I’m sorry” followed up with some context will go a long way to getting your foot out of your mouth.  As an example, when you’ve just told someone it’s all their fault, say, “I’m sorry—I know I played a part in this situation, and I will work with you to come up with a solution we both can live with.” 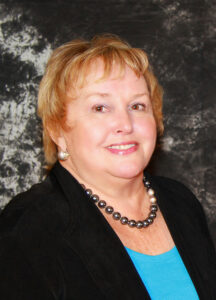 Would you share one memorable story from your career where the right phrase defused a situation (or its opposite / fueled it negatively)?

Here’s a really quick but powerful story from my life: I was the only woman in a meeting and one of the men referred to me as a girl. I responded quickly but respectfully by saying, “You may think you’re paying me a compliment when you call me a girl, but to me it implies that I’m not an equal member of this team, and it also diminishes my contributions.” He looked shocked and apologized saying he had no idea that his words would have this impact. I’m not saying he changed overnight, but I think it gave him something to think about.

5 Tips to Master Your Next Meeting

How to Reach Better Agreements