Lessons for Leaders from Decisions that Changed History 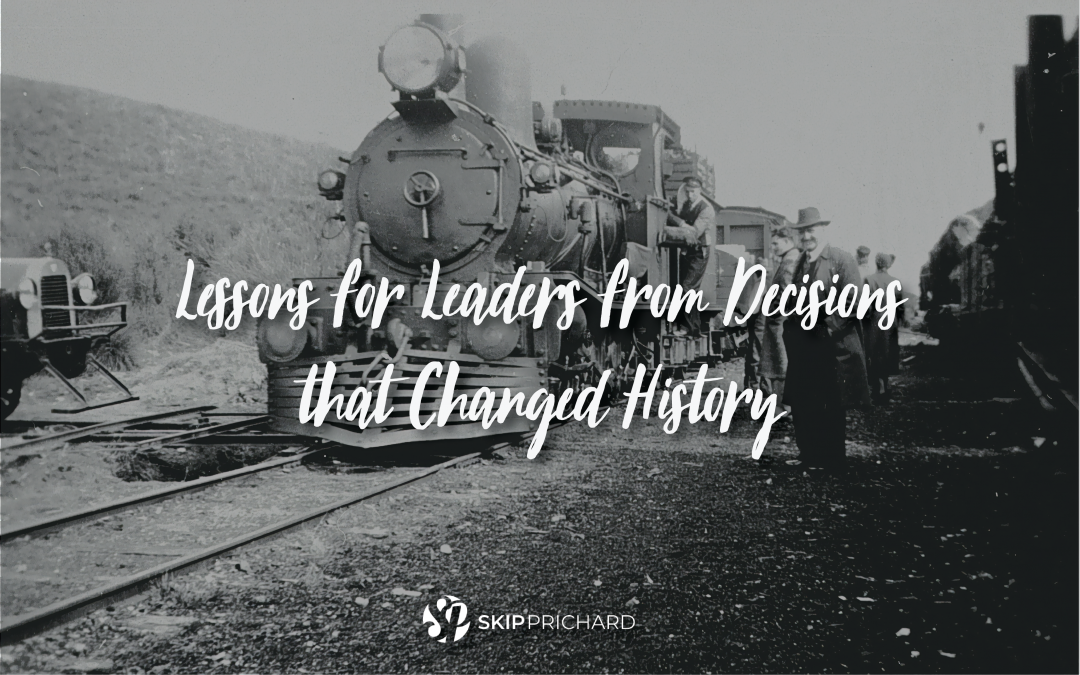 Where is leadership when we need it?

What can today’s corporate, non-profit, military, and public-service leaders learn from daring decisions that changed history?

In sixteen historical studies, Jan-Benedict Steenkamp reveals lessons for today’s leaders from decisions that changed history. After reading Time to Lead: Lessons for Today’s Leaders from Bold Decisions that Changed History, I reached out to Jan-Benedict Steenkamp to share more about his research. Each of his lessons presents a fresh examination of history-making leaders by holding a magnifying glass up to a life-changing dilemma each of them faced. What we learn is how powerful the personalities of leaders and their decision-making processes can be in determining the course of human events—and the fates of millions of people.

“Leadership is the ability of an individual to influence others to achieve a common goal.” –Jan-Benedict Steenkamp

After studying, researching, and writing so much on leadership, what is your definition?

Leadership is “the ability of an individual to influence others to achieve a common goal.” This definition contains five components. First, leadership is relational. It exists only in relation to followers. Second, leadership involves influence. Without influence, leadership does not exist. Third, leadership is a process. Leadership usually does not happen in just one particular instance, but often involves a complex system of moves/actions to accomplish a goal over a period of time. Fourth, leadership includes attention to common goals. Leaders direct their energies toward others to achieve something together. This requires awareness of the current state, some vision of a desired future, and an ability to move from where you are to where you want to be. Finally, leadership is about coping with change. The common goals are often different from what the organization has done hitherto.

“Leadership is about coping with change.” –Jan-Benedict Steenkamp

I’d love your take on why studying leadership is critically important.

Leadership has been a feature of mankind since its early beginnings, when as hunters we needed coordination to overpower much stronger animals. Coordination required leadership. And, as human complexity increased, the number of leaders, and the complexity of the demands placed upon them, increased. Today’s society would come to a standstill without leadership. Indeed, leadership is one of the key issues of our times. Countless people occupy leadership positions, whether in government, companies, churches, nongovernmental organizations, schools, nonprofit organizations, or elsewhere. More change always requires more leadership and today, we are experiencing unprecedented change and challenges. According to a Wall Street Journal/NBC News poll, 80% of Americans feel the country is out of control.

“It is lack of effective leadership today that has contributed mightily to the chaos we are experiencing in the U.S. and elsewhere.” – Jan-Benedict Steenkamp

What are some of the traits of a leader that consistently appear in every generation? 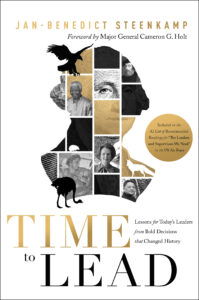 The 16 case studies discussed in my book reveal a remarkable variation in the personal qualities of the leaders, all of whom were effective in changing history. Some leaders were highly intelligent (e.g., Alexander the Great), others not particularly so (e.g., Campbell-Bannerman). Some had exemplary integrity (Mandela), others decidedly not (Clovis). Some excelled in humility (St. Peter), others not at all (de Gaulle). Some were highly educated (King), others received little formal education (Washington). Some were very sociable and good at building relations (Roosevelt), others not so much (Nightingale).

However, all these leaders had one thing in common: grit. Grit is the courage and determination that makes it possible for somebody to continue doing something difficult or unpleasant. Gritty leaders have focus, self-confidence, motivation to succeed (overcoming obstacles, persistence), and resilience (rebounding from setbacks, weathering criticism, performing under pressure). Grit is the common denominator that ties together the lives of Themistocles and Thatcher, of King Clovis and Martin Luther King. Time to Lead contains a grit scale that allows you to determine how gritty you are, with recommendations of what to do next.

“All leaders exhibited grit. You can build your grit, too.” – Jan-Benedict Steenkamp

You use Isaiah Berlin’s hedgehog and the fox reference but add in the eagle and ostrich. How does this framework shape your understanding of leaders?

Using this framework allowed me to more deeply understand how leaders are successful. I draw out five lessons:

What are you? You can do the test by clicking on the button “Quiz” on the website here.

“What is the overarching goal in your career? If you do not have one, take some time to think about what you really want to achieve in life.” – Jan-Benedict Steenkamp

You share numerous historical examples of leaders within that framework. As someone who loves history and leadership, I appreciated your approach and found the insights incredibly helpful. Of all the people you featured, who stands out for you and why?

One leader who stands out in this august group is President Franklin D. Roosevelt. He faced trials that exceed even our current challenges—the Great Depression and World War II. How he responded to these crises holds lessons for us today.

FDR’s leadership has also personal relevance to me. My parents lived in Nazi-occupied Amsterdam (the Netherlands) during World War II, praying every day to be liberated. When I was writing the chapter on FDR, I re-read a biography on him given by my late father in 1985, when he was President of the Netherlands’ Senate. This is what he wrote on the first page as a message to me: “Never forget what FDR has done for the liberation of the Netherlands.”

“Contracting polio was FDR’s crucible. It taught the privileged patrician who had had few failures in life compassion with his less fortunate countrymen. It also taught him resilience in the face of adversity. As he once said, “If you have spent two years in bed trying to wiggle your big toe, everything else seems easy.” –Jan-Benedict Steenkamp

I speak and write a great deal on servant leadership, so I enjoyed that section in particular. What is it about this style of leadership that is making it so relevant today?

Servant leaders put followers’ interests above their own self-interest. That resonates with people today because it is so different from what many leaders do right now. As we are experiencing this economic crisis, millions of Americans are furloughed or laid off, while at the same time, we read almost every day that CEOs get special bonuses and handouts. Here is an example, reported by the Wall Street Journal. According to the Journal, 40% of Sonic Automotive workers were laid off/furloughed in the spring of 2020. Its CEO David Smith gave up 97,000 restricted shares awarded on Feb. 12, when the stock closed at $32. This sounds good. Unfortunately not! Instead, on April 10, he received options on 457,000 shares with the stock at $16.76. On October 2, the stock closed at $43.44. This is not an isolated example. With growing income inequality and increased poverty, people are thirsting for leaders who serve others rather than themselves. 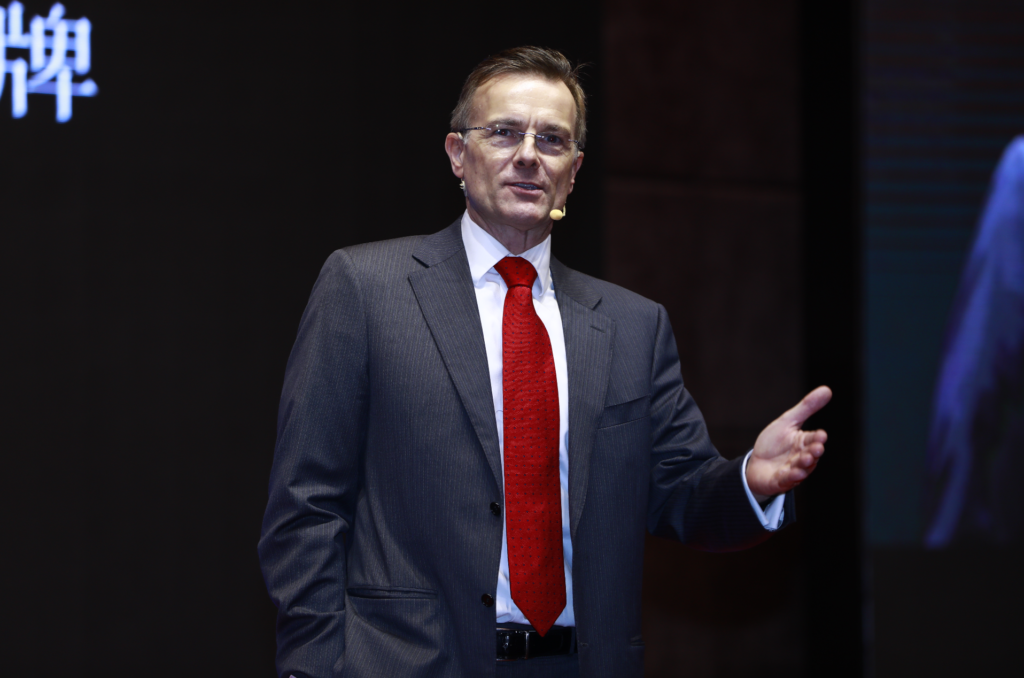 There are many…thus the book…but if you had to choose just one leadership lesson from the past to impart to the next generation, what would it be and why?

Do not try to adopt a leadership style that does not work for you, given your personality, values, and character. For example, Margaret Thatcher could not have been a servant leader, even if she would have tried it, because it is not her. Many people are simply not charismatic, others do not have the mindset to be a disruptive leader, and so on. But the good news is that is OK. There is not a single universally effective leadership style, whatever gurus may claim. As I show in my book, vastly different leadership styles can be effective. The “only” two things that consistently help to maximize your effectiveness as leader over time are grit and having an overarching goal that guides you in your career.

To help you understand your leadership style, Time to Lead contains a self-assessment instrument with recommendations on how to use your personalized results.

Quotes About Chocolate in Honor of National Chocolate Day