Improve Your Management Skills in One Minute 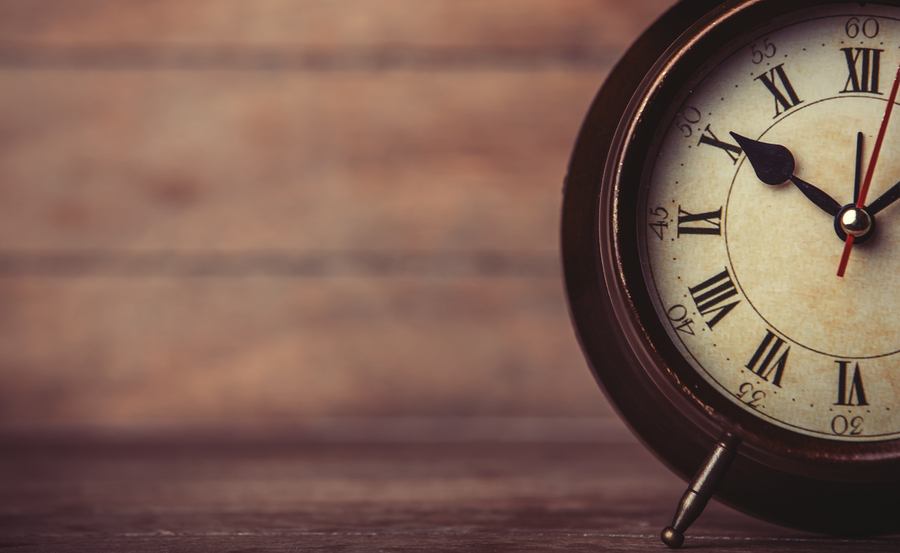 Looking for meaning in your work?

Are you managing a team and need some tips?

Ken Blanchard and Spencer Johnson are two of my very favorite authors. Years ago, they teamed up to write the #1 bestseller The One Minute Manager. It has sold millions and millions of copies. They have just released The New One Minute Manager. Like the first version, it is a powerful, easily read story with easily digestible lessons for managers. Recently, I spoke with Ken about the new book.

“The best minute I spend is the one I invest in people.” -Blanchard/Johnson

Why do you think The New One Minute Manager became such a worldwide bestseller?

The original book was such a ridiculous success—it spent over two years on the New York Times bestseller list—that I knew I couldn’t take full credit for it. I think it was the right book at the right time. Before The One Minute Manager, business books tended to be rather long and dry. My coauthor, Spencer Johnson, was a children’s book writer; I’d been a college professor but had never been a fan of overly complicated writing. Our goal was to take a complex subject—management—and present some simple solutions that worked. People all over the world responded to the way we did that.

From Top-Down to Side-by-Side

Why a “NEW” version?

A couple of years ago our publisher came to us wanting to release an e-book of the original edition. When Spencer and I started to read the original edition, we realized how much the world had changed since 1982, the year it was published. For example, in the old book, the One Minute Manager was still using an intercom!

Here in the 21st century, not only has technology progressed, so have a lot of things. People are different today. They want to find meaning in their work and be appreciated for their efforts. This has changed the way effective leaders interact with the people who report to them. In the 1980s, command-and-control, top-down leadership was still a way of life. Today’s leadership is more of a side-by-side, partnership relationship.

One Minute Re-Directs are new. How do they work? Where did the idea originate? 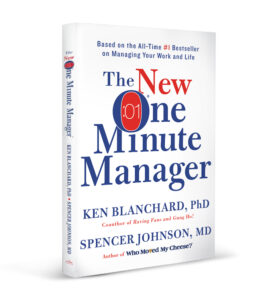 That’s perhaps one of the biggest changes in the book—the Third Secret is now called the One Minute Re-Direct rather than the One Minute Reprimand. The term reprimand was too parental-sounding. Today, things are changing so fast that people are in constant learning mode. It’s counter-productive to reprimand a learner. In today’s world when people are learning and make a mistake, redirecting them is far more helpful.

A Re-Direct involves going to the person and sharing your observations about the results on a particular goal. “It looks to me like we’re not getting the performance on this goal that we’d both hoped for. What do you see?” If there’s agreement that something needs to be done, both leader and direct report can talk about how to redirect efforts in a more positive way. With a Re-Direct, you don’t do it to people; you do it with them.

“People who feel good about themselves produce good results.” -Blanchard/Johnson

The Biggest Mistake in Goal Setting

What’s the biggest mistake made in goal setting?

People set too many goals. When people have too many goals, their focus is scattered and their efforts are diluted. That leads to less than good results, which can be de-motivating. Our research has shown that three to five goals are ideal. Once these goals are agreed upon by the manager and the direct report, they should be written down—with due dates—so that people can take a minute to look at what they’re doing and see if their behavior matches their goals.

How do managers learn the balancing act between making people feel good about themselves while still holding them accountable?

Good leaders know that both people and results are important—it’s not an either/or proposition. People who are not producing good results generally don’t feel good about themselves. So the key is to help people produce good results by using the three One Minute Secrets. First, clarify goals with them. Second, catch them doing things right—that is, praise behavior that leads to goal achievement. Third, redirect them when they make a mistake. By doing that, you help people perform well and feel good about themselves.

“Everyone is a potential winner.” -Blanchard/Johnson

Let’s talk about the “one minute.” Valuing people and taking the time to listen implies a longer period of time. When does it take longer than a minute?

The focus of One Minute Management is to make a complicated job more manageable. While it often does take only a minute to refocus on goals, give people positive feedback, or redirect a mistake, it of course takes more than a minute to build a fully productive working relationship with people. In special situations—starting a new project, for example—you may want to spend more time on a particular One Minute Secret. 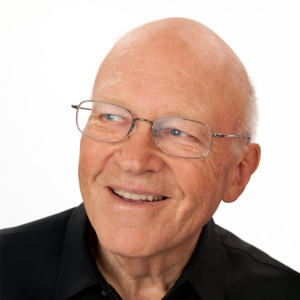 The biggest problem area—for old managers as well as new ones—is applying the One Minute Re-Direct. Managers are generally good at helping people set One Minute Goals. And once they see the power and results of catching people doing things right, they’re pretty good at One Minute Praisings. Where managers run into trouble is in redirecting people’s mistakes. Sometimes they don’t address issues right away; they gunnysack their feedback and dump it all at once. Or they fail to confirm all the specific facts about a situation before speaking up. Or they forget to reaffirm the person after the Re-Direct is over by expressing their confidence in them and letting them know the Re-Direct was about their behavior, not about them as a person.

“When people have too many goals, their focus is scattered and their efforts are diluted.” -Ken Blanchard

Is The New One Minute Manager strictly a management and business book?

Spencer and I believe that what happens at work affects your personal life, and what happens at home affects your work life. Based on the feedback we’ve received, people use the principles of One Minute Management both at work and at home. For example, when a manager has turned around a disengaged staff member by using One Minute Praisings, that manager tends to apply the principle with their spouse and kids by catching them doing things right. The results, we hear, have been wonderful.

The New One Minute Manager

Lessons from SEAL, the Toughest Man on the Planet

The Importance of Emotional IQ