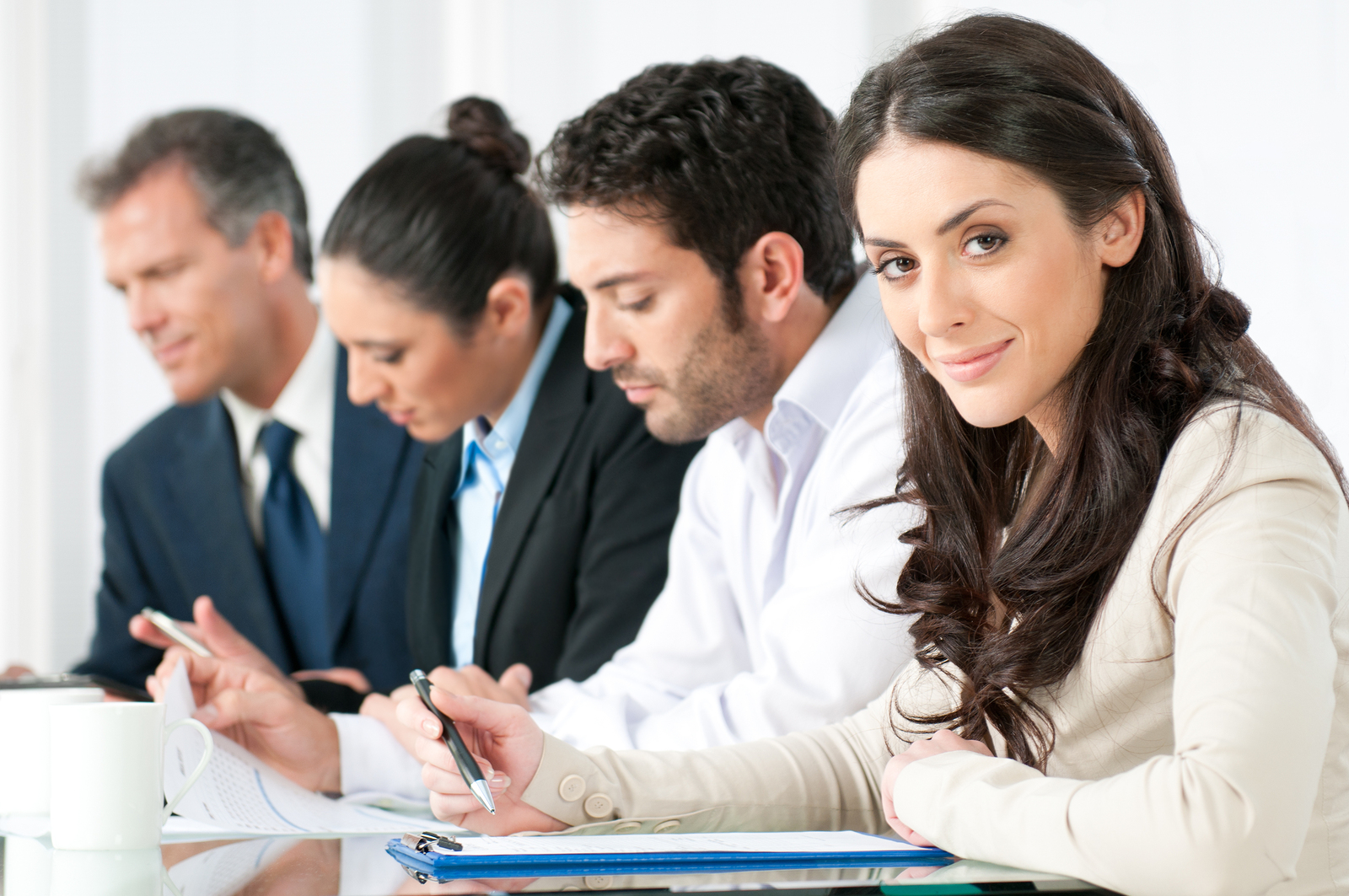 Not too long ago, I read a new book on gender equality in the workplace. I’ve read many of these types of books but this one was from a different perspective. Rania Anderson’s company, The Way WoMen Work, is specifically geared toward helping male business leaders obtain the skills and perspectives needed to intentionally advance women.

Rania realized long ago that many men want to support women at work but don’t know the best way to do so.

In her new book, WE: Men, Women, and the Decisive Formula for Winning at Work, Rania not only explains the benefits of recruiting, retaining, and advancing high-caliber women, but she also provides hands-on advice on how to do it.

Ernst and Young Study: Over 50 percent of leaders said they need to do more to attract, retain, and promote women to leadership positions.

In your book, you mention that, while at companies working with women, men were often stopping you to ask for help. Many men want to know how to work more effectively with women. Given the many years of focus on diversity, did this surprise you?

It did. After I was approached a few times, I recognized that many men are ready to transform their workplaces and the way they work and lead with women.

Some are motivated by talent shortages. Others are under pressure to innovate and understand the changing needs of consumers, many of whom are women. They recognize that they cannot win by continuing to rely on half the talent pool.

Yet others want to have flexibility in their work environment and recognize that the changes that women want in the workplace would also benefit them.

The motivations of the men that spoke to me were varied, but what they were asking for was the same – to no longer be left out of the conversation and to be invited to be part of the solution.

The Benefits of Gender Diversity

For those who are unaware – perhaps surprisingly so – would you share some of the research on the benefits of gender diversity in business? 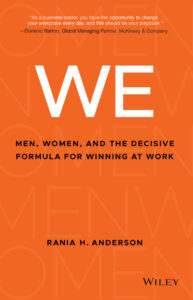 Here are just a few findings: companies with more women leaders have higher net revenue margins and a higher return on equity. The Peterson Institute 2016 study of 21,980 firms from 91 countries reports that for profitable companies, increasing female leaders from none to 30% is associated with a 15% increase in net revenue margin.

In 2016, the Credit Suisse Research institute reported that companies with 50% women in senior operating roles show a 19% higher rate of return on equity based on data from 27,000 senior managers at over 3,000 companies that Credit Suisse analysts cover globally.

There is also a penalty for lack of diversity. The McKinsey & Company 2015 Diversity Matters study examined proprietary data sets for 366 public companies across a range of industries in Canada, Latin America, the United Kingdom, and the United States. They found that companies in the bottom quartile on both gender and ethnic diversity were least likely to record higher profits than their national industry average.

McKinsey Study: Companies in the bottom quartile of diversity are the least likely to record higher profits.

What’s your view on why women in leadership remains a challenge for most organizations?

We could look at these four factors as some of the primary ones.

1.) There is a preponderance of women in support roles, like HR and marketing, instead of in line, business or P&L and tech roles. The path to executive leadership usually comes from having experience in core revenue generating roles, not in support ones.

2.) In comparison to men, women are less frequently sponsored. That means that senior and executive leaders don’t give women the same types of exposure, opportunities and strategic client engagements as they do men, which limits the opportunities women have to generate high impact results and then to advance.

3.) Companies have not fully enlisted, equipped or engaged managers and leaders at all levels of their organizations and held them accountable to advance high-potential women. With few exceptions, women in leadership roles are simply not a priority or goal of individual managers and leaders.

4.) When women’s leadership competencies don’t fit our traditional images of how leaders lead, we overlook them.

“Female talent remains one of the most underutilized business resources, either squandered through lack of progression or untapped from the onset.” -World Economic Forum

Let’s talk about the core framework in the book, the WE 4.0 Framework: Eliminate, Expand, Encourage, and Engage. How did you develop this model?

I developed the WE 4.0 framework through a combination of my own career experiences, over two decades coaching leaders, and through evidence-based research. During the time that I have been coaching male leaders, I’ve observed which actions the most successful ones take to recruit, retain and advance women.

I believe that seemingly intractable problems can often be solved by taking simple, straightforward action. Here’s a more complete explanation of the WE 4.0 Framework:

ELIMINATE. We need to stop behaviors and workplace practices that negatively impact women.  This means eliminating gender-based wage gaps, and addressing – not tolerating – inappropriate comments, sexual harassment, or misconduct among other things.

EXPAND.  Managers must interact with women in intentional and impactful ways, such as expanding where and how you recruit women. It also means being a sponsor and advocate, not just a mentor or a supportive colleague.

ENCOURAGE. Encourage women to take advantage of high-impact opportunities and achieve their full potential.  Managers need to recognize women’s efforts as well their results – and not to take a woman’s self-assessment at face value, since women often underrate themselves.

ENGAGE.  Managers must actively participate or lead initiatives that support women and an inclusive workplace.  I advise managers to acknowledge and accommodate their teammates’ life/family demands and be transparent about their own obligations.

There’s a section in the book where you address what to do if the reader inadvertently says something inappropriate or sexist. These are especially helpful tips in the #MeToo era. You offer several great phrases to get things back on track. Would you share these?

The most important thing to do if you make a mistake is to acknowledge what you did and apologize. Don’t ignore, pretend nothing happened or, worse yet, tell the woman you offended that she is overreacting.

When you apologize, do so directly to the person, don’t just make an overall statement of apology. A few things you could say are:

“Oh, no I am very sorry… that came out all wrong or that was not what I intended to say… or I recognize that what I said is not funny…or that was totally inappropriate, and I should not have said it…or I can see that I offended you; that’s inexcusable.”

“We don’t care about diversity because it’s in vogue. We care about it because we like winning.” -Mike Gamson

The encouragement section struck me. It seems that there’s a line somewhere where you go beyond encouragement and veer too far from a good intention. Have you ever received pushback from men that encouraging and supporting women can give an unfair advantage to women?

Yes, I have. In almost every audience I have spoken to about WE 4.0, a few men raise the question of reverse discrimination, and suggest that if they do as I advocate and recruit, encourage and put high potential women in plumb assignments, they will in effect be unfairly helping women over men.

First, I typically thank them for becoming aware of potential unfair practices, since they may not have known about the subtle bias and discrimination that minorities and women have faced in their own companies for many years.

Then, I explain further what I mean about encouraging women. A manager’s role is to build a high-performing team, which by definition is a diverse team. For a host of reasons, many highly qualified people including people from certain cultures, ethnicity, countries, women, introverts – don’t actively put themselves forward for assignments or recognition.

It is the manager’s job to be aware of the skills and potential of every person on their team and to actively encourage individuals to step forward and step out.

Encouraging women does not mean not encouraging men. It means making sure you actively and frequently encourage the performance of teammates whose competencies, approach and gender are different from your own.

“Encouraging women does not mean not encouraging men. It means making sure you actively and frequently encourage the performance of teammates whose competencies, approach and gender are different from your own.” -Rania Anderson

I enjoyed the stories you shared throughout the book. How has the response been to your work so far? 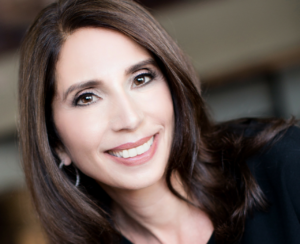 I find that men in particular want and appreciate hearing examples of men “doing it right.” We typically use the saying, “You cannot be what you cannot see” in reference to people with limited opportunities. I find that in terms of the best ways to work with women, the same applies.

We have not frequently or visibly shared the positive actions that men and managers take. Both male and female managers respond very favorably to the approach I take. They tell me that they find the examples in my book helpful and the actions easy to take. People regularly relate their own similar experiences to me or ask questions about situations they are dealing with. Inspiration is nice but insufficient. My experience is that to effect change people need to know both the why as well as the what to do.

People everywhere are working hard to overcome their biases through intentional action and are succeeding in doing so.

For more information, see WE: Men, Women, and the Decisive Formula for Winning at Work.