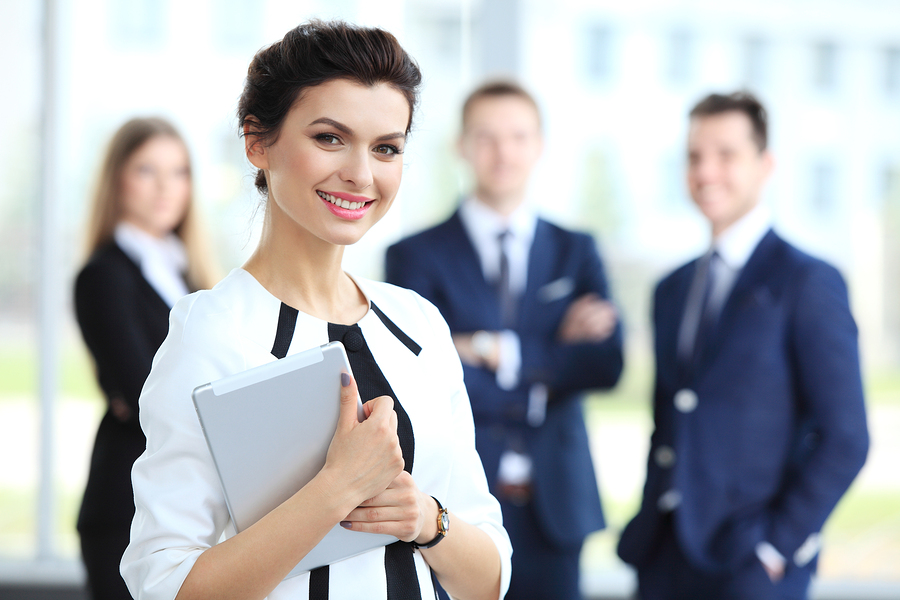 Creating Win-Wins for Companies and Women

In many companies, women are not advancing. This is despite the extensive research showing that more women in leadership positions equals higher company profits and a more competitive organization. At each level of an organization, women dwindle in numbers, leading to a lack of gender balance on top leadership teams.

If women make up less than 25% of an applicant pool, they are more likely to be negatively evaluated.

As a CEO who advocates and appreciates diversity, a new book by Joelle K. Jay and Howard Morgan intrigued me. The New Advantage: How Women in Leadership Can Create Win-Wins for Their Companies and Themselves doesn’t just talk about the challenge but also provides women ideas and tools to advance. Their research is based on interviews with hundreds of senior executives.

I recently spoke with the authors about their work in creating win-win situations for companies and women.

“Executive presence is the degree to which others perceive you to be a leader.” –Morgan & Jay

Howard J. Morgan and Joelle K. Jay, PhD, of the Leadership Research Institute (LRI) are co-authors of THE NEW ADVANTAGE:  How Women in Leadership Can Create Win-Wins for Their Companies and Themselves (Praeger / 2016).  LRI is a global consulting firm specializing in leadership and organizational development.  Morgan has worked with over 1,000 CEO and executive team members of the world’s largest organizations on improving corporate and executive performance.  Jay is an executive coach and keynote speaker and specializes in the advancement of executive women.

What are some of the problems women uniquely face in the workforce?

We have worked with some of the largest organizations in the world. Based on our experience, and several major reports, companies with the highest representation of women in senior management positions are shown to perform the best. Research reports that companies with more women:

In balanced leadership teams of men and women, women tend to bring fresh perspectives and ideas, talent and experience, and that leads to better decision-making.

The problem is despite all of those advantages, we found they are persistently underrepresented in senior levels of leadership. Women currently hold only 4.0% of CEO positions at S&P 500 companies, according to the Catalyst research organization Catalyst.

Research: Companies with women are up to 69% more profitable.

Companies Benefit When Women Are in Leadership

What are some of the advantages companies experience when more women are represented in leadership?

Companies benefit from the increased financial performance associated with a balanced leadership team, beating their competition by up to a third.

Research: Companies with a balanced leadership team beat the competition by up to a third.

What barriers do women face today? 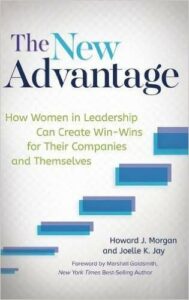 The women we’ve spoken with and worked with report a wide range of issues. Perhaps the biggest barrier is a lack of awareness on the part of their companies about what stops women from advancing and how to increase the number of women in senior level and executive leadership positions.

There are a number of obstacles that have prevented the integration of women into the highest levels of leadership. First, change takes time. Second, few role models exist for women at the top. Third, we are still learning about the barriers that prevent women from breaking into C-level leadership. Two of the biggest breakthroughs in recent research for the advancement of women to leadership positions are executive presence and sponsorship. These have only become prevalent topics of research in recent years. And in reality, until recently the business culture has evolved around a predominance of men as leaders, and characteristics associated with successful leadership are still aligned with more masculine traits.

“Women who want to succeed to higher levels of leadership have to take the lead.” –Morgan & Jay

Take Control of Your Future

What are a few ways women can take control of their future?

That is such a powerful and critical question.

We’ve observed that women who want to succeed to higher levels of leadership have to do things differently. They have to take the lead.

There are four things leaders must do to promote the advancement of women in leadership for their companies and for themselves.

First, they must take ownership of their careers – what we call personal leadership. That means accepting the fact that you are the one who determines the vision for your career, sets the goals, and gets the results that will help you be successful. You develop the relationships you need to grow your career. You make yourself visible and take steps to be recognized. No one else is going to do that for you.

Second, they must educate themselves about the old dilemmas that have challenged women for years. In The New Advantage, we write about the challenges women have perhaps unknowingly encountered. Women might not know, for instance, that they are 32 percent less likely to get feedback from male managers or that executive presence counts for 26% of what it takes to be promoted. Knowing these kinds of realities can help women overcome them. It becomes less a mystery why they’re not getting ahead.

Women are 32% less likely to get crucial feedback from male managers.

Third, they must adopt a new perspective that allows them to discover new advantages available to them. Take that statistic I just mentioned that women get less feedback. They can turn that around by learning to ask for clear, specific feedback and structure meaningful conversations with their managers to get the feedback they need. Now instead of being a challenge, feedback becomes a new advantage, because good feedback is a critical factor in becoming a more effective leader.

Fourth, they must engage the leaders around them – both men and women – in the effort. Women can take a leadership role in helping their companies balance their leadership teams – but they don’t have to do it alone. They can advocate for more diverse pools of candidates for leadership positions or partner with their managers to help create more promotive environments. Advancing women in leadership isn’t a women’s issue, it’s a business issue, and requires a collaborative effort.

When leaders take these steps, they discover the new advantage of women in leadership and create win/wins for their companies and themselves.

Talk a little about the mixed messages women receive regarding executive presence. 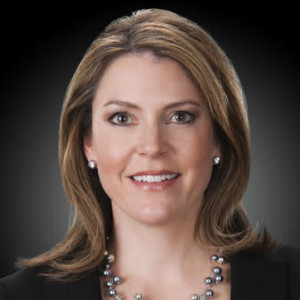 We think of executive presence as the degree to which others perceive you to be a leader.

The trap leaders sometimes fall into is being underestimated by others because of the way they present themselves. They may be perfectly capable, but if their presence doesn’t project the expected image of a leader, they may be seen as less powerful than they are.

The mixed messages become a problem because different people have different opinions of what that expected image of a leader should be.

For instance, one characteristic people value in their leaders is authenticity; but if women believe that they need to act like a man in a business world that expects a masculine style of leadership, then they might feel like they can’t be themselves.

Or to give another example, an important characteristic of leadership is confidence; but with so few women advancing into leadership roles, it’s easy for women to lose confidence and second-guess themselves.

“When you have strong presence, you gain a higher level of respect.” –Morgan & Jay

When you have strong presence:

Improving executive presence helps women enhance their image of themselves and can help them feel– and be viewed by others – as a leader.

In order to advance, women need to resolve these dilemmas and learn to take advantage of a strong sense of presence. Research shows it’s worth the effort. In a survey of executives, Forbes magazine found “executive presence” counts for 26 percent of what it takes to get promoted.

Forbes: Executive presence counts for 26% of what it takes to get promoted.

Why Feedback is Treacherous for Women

Feedback is a critical component for anyone who wants to excel. Why does feedback “remain treacherous for women?”

We believe feedback is a staple for good leadership. Many leaders never get the feedback they need, and the problem is exacerbated for women.

The feedback they do get is frequently contradictory, vague, or secret, and so they can’t respond to it. They can’t tell how they’re doing, and they can’t improve. As a result, they may be negatively impacted in any number of ways, from the respect of their team and managers to their stature, compensation, and in some cases, even their jobs.

The Center for Talent Innovation reports:

The good news is this is an area where women can take ownership of the situation and learn to lead effective conversations to get the feedback they need.

Admittedly, feedback in organizational life is problematic. Systems are flawed; processes are imperfect, but it’s a mistake to think it’s out of your control.

Research: 81% of women have trouble responding to feedback since it is contradictory.

Men Are Significant in Advancing Women

I can’t end without touching on men. You talk about the significance men have in the advancement of women. I’d love for you to tell us more about this research and the findings. What has your experience been with men in terms of helping the cause? 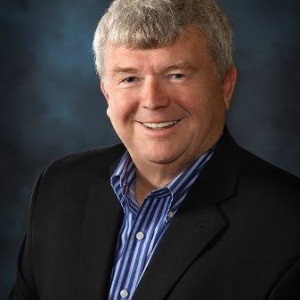 Many of the men we work with on a daily basis are committed to creating balanced leadership teams of men and women. They want

Because men in many cases lead their companies, because they are more likely to hold executive-level positions, they have the power to create these conditions and make sure their companies are committed to these principles.

On an individual level, men play important roles in the careers of women. They can act as sponsors and advocates. They can champion the need for better balance on their leadership teams to create a diversity of men and women.

They can learn to identify unconscious bias to make sure they’re not contributing to an unfair system and recognize where their company needs to change to be more inclusive.

Men are increasingly looking at the numbers of women in their organizations and holding themselves responsible for creating improvements.

In the end, both men and women are in the business of creating successful companies, and again, companies with more women in leadership have been shown to do better. That’s why we say advancing women isn’t a women’s issue, it’s a business issue.

“You have to have personal courage.” –Coretha Rushing

The New Advantage: How Women in Leadership Can Create Win-Wins for Their Companies and Themselves