How to Overcome Leadership Blindspots 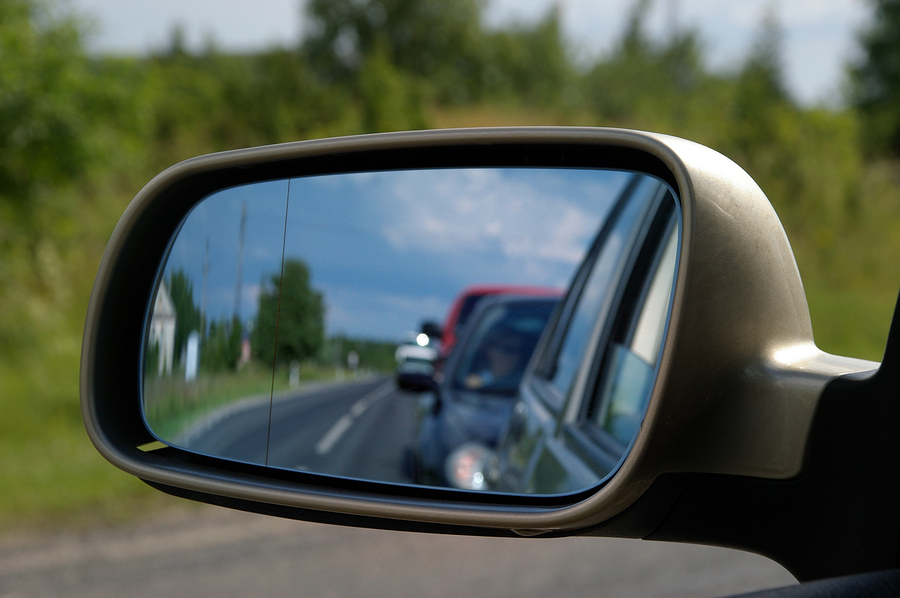 When you first learn to drive, do you remember learning about blind spots?  The driving instructor likely emphasized it repeatedly.

I can remember my driving instructor saying, “Check your blind spot before you change lanes.  Your life depends on it and so does mine!”

They are called blind spots for a reason.  They are not visible, not readily apparent, and are easily missed.

Author Robert Bruce Shaw has just released a new book called Leadership Blindspots.  I had the opportunity to ask him a few questions about his new book and the challenges facing leaders.

A blindspot is an unrecognized weakness or threat that has the potential to undermine a leader’s success.

The Need For An Early Warning System

“Vision is the art of seeing what is invisible to others.” –Jonathan Swift

You discuss the balancing act that all leaders face.  That is the need to be both supremely confident and yet also see situations accurately with no distortion.  It’s always easy to look in the rear view mirror and judge leaders, but how does a leader know early enough to change course? 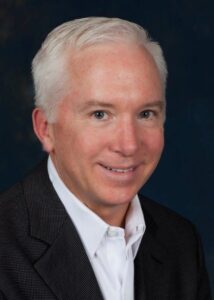 Leaders need warning systems that signal trouble ahead.  Savvy leaders, for example, have a group of trusted advisors whose role, in part, is to surface vulnerabilities that a leader may overlook.  Or, some leaders assign “sentinels” to track data on emerging competitive threats and report out periodically on what they are finding.  I also describe in the book ongoing leadership practices that are useful in seeing threats early in the game, such as having regular contact with customers and front-line colleagues.  These techniques don’t tell a leader if and when to change course – but they provide the information needed to make that decision.

You have a chapter on this, but I want to ask:  How do you spot a blindspot if you are blind to it?

Keep in mind that there are levels of blindness.  There are times when leaders are completely blindsided by a weakness or threat and other situations when they are partially aware of a weakness or threat but fail to understand its potential impact or the need for action.  That said, you can simply ask a few people who know you well if they think you have any blindspots.  You then probe in specific areas as needed – for example, blindspots in how you view your own leadership team or the capabilities of your organization.  Ask for specific examples in each area they identify.  Another approach is to examine the mistakes you have made over your career and look for patterns in the causes of those mistakes.  If repeated over time, mistakes are valuable in pointing to an unrecognized weakness that will most likely surface again in the future.

Blindspots always come with a price.

Many leaders are driven to deliver on their priorities and, as a result, can miss “weak signals”  – that is, important facts that are easy to overlook.   This is particularly true when leaders are operating under tight deadlines.  For instance, a leader who is focused on closing an acquisition may ignore signs that members of her team see faults in the deal but, knowing what the leader wants and pressured to make a decision, hold their views or express them in an indirect manner.   The key is for leaders to operate at two levels simultaneously –moving toward to a desired objective but at the same time closely monitoring what is occurring “beneath the surface.” 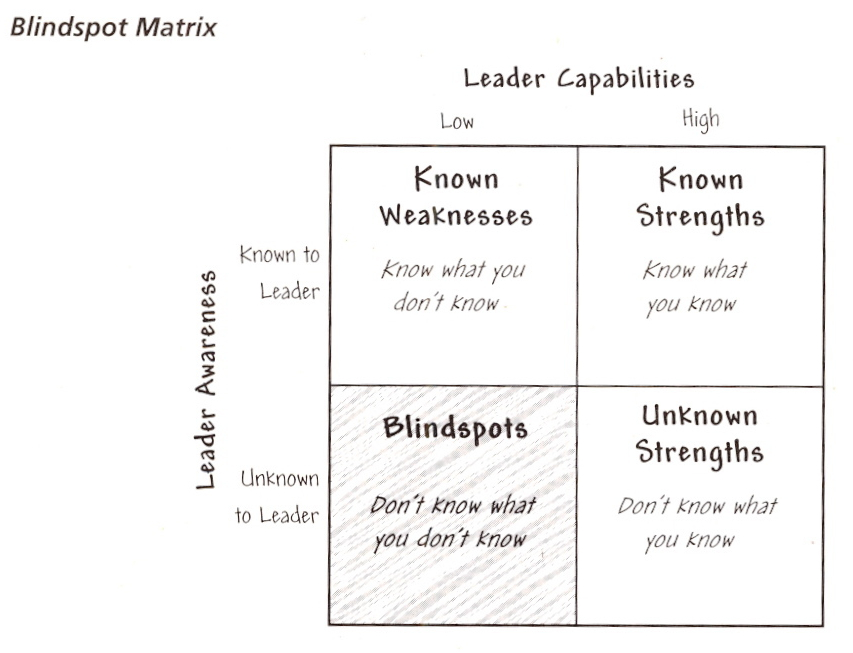 Image courtesy of Leadership Blindspots: Identifying and Overcoming the Weaknesses that Matter by Robert Bruce Shaw. Published by Jossey Bass

Unlike most (advisors, coaches) you encourage some team fighting.  You want leaders to “embrace high-level conflicts, shun low-level conflicts.”  Tell us more about this approach.

One of the most common mistakes I see in leadership teams is wasting valuable time and energy fighting over less than critical issues.  In many teams, these low-level conflicts involve operational issues that could be handled by others within a company or a sub-set of the team.  Even when these issues are resolved effectively, they are not the issues that will determine the future success of a team or company.  Teams need to fight in a productive way but also realize that not all fights are equal.

Savvy leaders have a group of trusted advisors whose role, in part, is to surface vulnerabilities that a leader may overlook. -Robert Bruce Shaw

The Power of Diversity 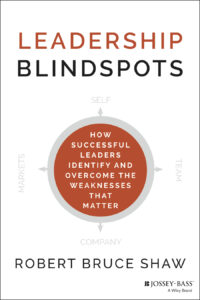 How does the organizational culture impact blindspots for leaders and company strategy?

My book describes how successful leaders surface and overcome their blindspots.  It is important, however, to recognize that blindspots are found, as well, in teams and organizations.  In some cases, a leader’s blindspots are versions of larger blindspots within a company culture.  One of the reasons that you want diversity in how people think is to avoid correlated blindspots – which occurs when you have the same blindspots across a company or team.  Correlated blindspots often make it easier for people to work together, but they increase the likelihood of a making a major mistake.

What are you reading?

Leadership Blindspots: How Successful Leaders Identify and Overcome the Weaknesses That Matter

How to Create a Winning Business Culture