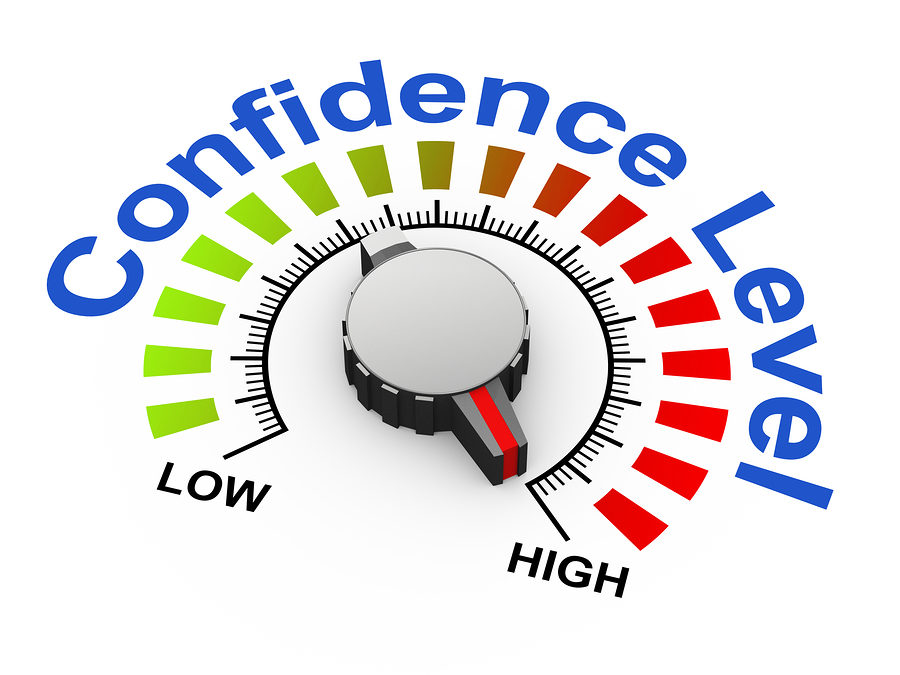 This is a guest post by Derek Lewis, “America’s #1 Ghostwriter for Business Experts.” Learn more about writing business books at www.dereklewis.com.

The Secret to Performance

That’s the secret to performance: conviction. The right note played tentatively still misses its mark, but play boldly and no one will question you. – Rachel Hartman, Seraphina

Dan never failed to astonish me.

There was no hesitation in his voice. He never wavered in his absolute belief that he would be granted an extension. And without exception, he always was.

Sometimes he probably deserved an extension. Mostly, he didn’t. But he could charm, cajole, and coerce every professor he ever needed to.

My coworker Craig had the same talent. He could enter a conversation with people vehemently opposed to his political views, but by the end of the discussion they would usually be nodding their heads as they reconsidered their stance. More than once, I heard, “I don’t know why, but if you ran for office, I’d vote for you.”

I have stood on the sidelines and watched these maestros conduct their magic. Occasionally, they would have to poke me to make me hide my astonishment, lest I let the cat out of the bag. You could say they were masters of manipulation, and that would be true in some instances. But most of the time, my two charismatic friends simply persuaded and influenced their listeners.

It helped if they knew what they were talking about, but I’ve seen them plunge into situations for which they had no preparation and come out with the upper hand. The strength of their magic did not come from their competence of the subject matter—it came from their conviction that, whatever the issue, they were right.

I am fascinated with people like Dan and Craig because their approach is so alien to me.

By my nature, I focus on facts and reason. My instinctive approach to selling, communication, and influencing used to be to present the facts in logical order, and then allow the other person to draw their own conclusions. From one point of view, I sold competence.

While that may seem an ethical and transparent approach to business, it made for a lousy living.

Competence matters. Sincerity and honesty matter. Ethics are a cornerstone of long-term success. These things are important. But when it comes to working, selling, and communicating—that is, compelling other people to act—competence and such have never been enough to bring real success.

My mistake was in leaving out the key ingredient that came so naturally to my cohorts: confidence.

Sadly, I remember the time I cost Craig (and our company) a major client. If we had landed them, the client would have been our biggest by far. The recurring revenue from the contract would lift our company from being a marginal player to an “up and coming” enterprise.

Craig’s discussions with the client had gone well. By the end of the big meeting, the client showed all the signs of having made their choice. Things seemed sure.

The next week, I was sent in to do a follow-up meeting—really, a meet-and-greet with the head honchos. I was nervous about taking on the client, though. It would mean hiring more people, learning some new tools, and significantly changing how we operated.

But the truth was that the client intimidated me.

In fact, I was so intimidated when I met with them that I was utterly unconvincing. The next time Craig spoke with them, the client had reversed their decision. They no longer had “the confidence that you can handle our business.”

Our company did indeed have the competence to handle them. The problem was that I didn’t have the confidence.

Much later, when I started my own ghostwriting practice, I still lacked that confidence. I undercharged and undersold my services (a deadly combination) because I didn’t believe I was worth more.

It took a handful of wonderful mentors and some time before I finally found the confidence I needed. My bank account immediately began to reflect it.

In both cases, competence was there. The difference between success and failure was how much confidence was there, too.

Confidence versus the Appearance of It

In my quest to learn and earn more confidence, I’ve come across a startling fact. What matters more than how confident I am is how confident the other person believes I am. Their perception counts far more than the reality.

And I’ve finally found some real evidence that lends credence to my experience.

Recently, professors Gavin Kilduff and Adam Galinsky released the results of their experiment on social dynamics. For the sake of conversation, let’s say this study centered on first impressions.

They assembled a random collection of college students, divided them into three groups, and gave each a writing assignment. One group wrote about their dreams and ambitions; the idea was to prime them to be confident. The second group wrote about their duties or about a time when they felt powerless; the goal was to put them in a deferential mindset. The third group was the control, writing about their commute to campus or a trip to the grocery store.

Then, the researchers assembled project teams with one person from each group. After the project, each participant ranked the others. As you might guess, the people primed to be confident were more respected, exerted more influence on the other members and the overall project, were referred to as “the leader” of the team (even though the researchers didn’t ask the teams to choose a leader), and were perceived as more competent than the people from the other two groups.

As one reviewer of the study put it,

“If you’re confident when you join a group, you’ll be more assertive when you first start talking. As a result, you’ll look more able to everybody—and thus take top spot in the freshly formed pecking order.”

Prior to the experiment, these team leaders did not possess any more confidence than their peers. These leaders didn’t enter their respective projects and immediately begin trying to assert themselves, like Dan and Craig naturally do. All three groups of students were randomly selected, both for the experiment and for the writing assignments.

Their confidence was artificially spiked, if you will. They were not truly more confident in themselves; they just looked like they were.

But that’s all it took for their peers to vote them as more competent than themselves.

3 Things You Can Do to Be More Confident

Some people try to skimp on competence, attempting to bluff their way to success. They are not the problem.

One of the world’s real problems is the other type of person: those who are incredibly talented, highly skilled, and brilliant in their own right, yet who lack confidence. They struggle with selling themselves to employers, supervisors, or clients. They live with the haunting feeling that they are frauds and that they will soon be discovered. They live life on a lesser plane than they should.

That is—in every sense of the word—tragic.

The good news is that they can become competent in confidence. Like leadership and the ability to communicate, confidence is not something we are innately born with or not. It is a skill—a skill like any other that can be studied, learned, and even mastered.

If you want more confidence (and who doesn’t?), here are three easy things you can do to begin your journey to mastery.

#1: Simply be aware of your lack of confidence. Most people never stop to think about why they felt confident in one situation but intimidated in another. The more you are aware of these times, the more you can understand the strengths you can build on and the circumstances that make you feel vulnerable.

#2: Amy Cuddy’s TED talk does a wonderful job of demonstrating how our body language determines how we feel, which in part determines who we become. Towards the end of the talk, she provides examples of “power poses”: easy stances you can mimic for a minute or two before going into a meeting or phone call that literally enhance your feelings of confidence. I can attest that they work.

#3: Read Dr. Maxwell Maltz’s book The New Psycho-Cybernetics. Dr. Maltz was a plastic surgeon in the 1950s who was stumped by patients who could still “see” their old features even after he had cosmetically altered them. As one patient irrationally said, “The scar may not show any more, but it’s still there.” His book is about how to reprogram your brain (so to speak) to help you overcome the obstacles you’ve placed in your own life. It is an amazing read, especially if you follow his advice.

“If a man is called to be a street sweeper, he should sweep the streets even as Michelangelo painted, or Beethoven composed music, or Shakespeare wrote poetry. He should sweep streets so well that all the hosts of heaven and earth will pause to say, ‘Here lived a great street sweeper who did his job well.'”

I wholeheartedly agree. But as you do so, remember this one thing.

Seeing the Future at CES

Think Like an Elite Warrior to Lead and Succeed