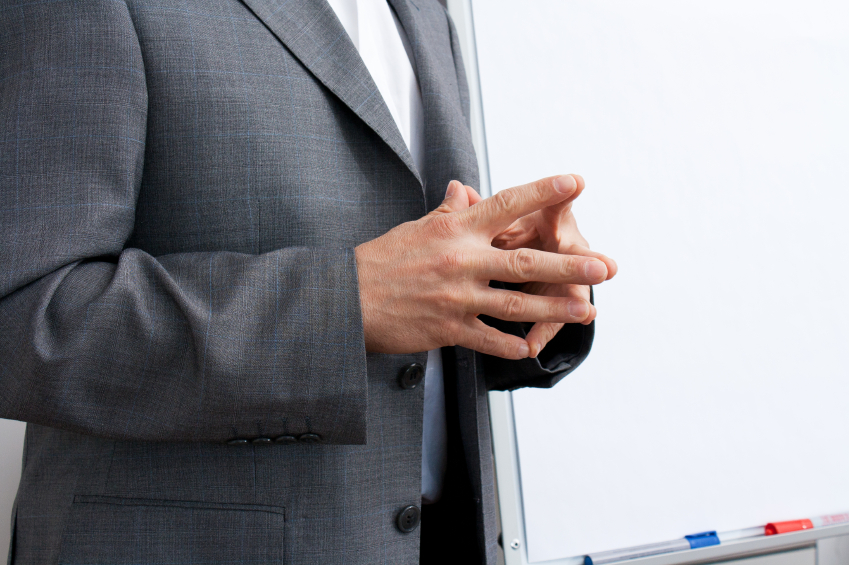 This is a guest post by Erin Schwartz. Erin is responsible for marketing and social media programs at www.123Print.com, a destination site for office supplies like business cards, labels, and other supplies.

In a tough market, job applicants must take every available opportunity to stand out to employers. In addition, in the business world, first impressions can be crucial in forming relationships.

Unfortunately, a person’s body language can make him stand out in an unintended negative way. The statistics vary, but some research suggests that as much as 93 percent of our opinion about other people is established within the first five minutes of meeting them. And body language can play a huge part in creating those initial perceptions. Are you a confident and capable leader? Or are you conveying the image of a lazy person who will always require prompting (and could easily be walked upon if put in a management position)?

Think about how others may interpret these aspects of your body language:

Interviewing experts caution that the assessment of job candidates often begins before they enter the interview room. Convey confidence by entering situations with your back straight and your shoulders back. Offer a firm handshake with a smile that conveys self-confidence and trust.

In business dealings, body language that reveals nervous energy can help give the other side the upper hand. Therefore, make sure any materials you have with you are carefully organized so you don’t fumble around during a meeting.

Sitting with an upright, straight posture will convey more internal strength than leaning back in your chair, unless the situation is a relaxed or informal meeting with coworkers you’re comfortable with. In contrast, leaning forward too much can make one seem overly eager and can make others feel uncomfortable in a one-on-one situation.

Depending on the tenor of the meeting, a more assertive, leaning-in posture may be appropriate and may suggest that you have the upper hand during business negotiations. In addition, if you want to make a positive connection with the person on the other side of the table, research suggests that “mirroring” is often effective. That is, subtly copying the posture, gestures, and general body position of the other person can create a bond between two people.

In general, leave the eye rolling and frowning at home. Clearly, eye rolling demonstrates disrespect. And, of course, frowning conveys unhappiness. Instead, make sure your facial expressions reflect what you’re saying. That sort of consistency will prevent the other person from questioning your genuineness.

Intense staring can make another person uneasy and can be interpreted as aggression. Similarly, a complete lack of eye contact may suggest nervousness. Further, looking down at a phone or out a window conveys disinterestedness. In contrast, moderate, but consistent eye contact demonstrates respect and gives the other person the impression that you are listening to what they have to say.

Folded arms and crossed legs can suggest defensiveness, and it often makes a person seem uncomfortable in their current situation. In addition, placing hands in pants pockets, twirling a pen, and playing with one’s hair or jewelry indicates nervousness and a lack of confidence. If repeated, these gestures can become distracting to the other people in the room.

On the other hand, pointing or karate-chop-like gestures will likely be perceived negatively as signs of aggressiveness or rudeness. Instead, placing your hands delicately in front of you (in your lap, for example) and using minimal hand gestures only to emphasize important information will make you seem welcoming and approachable. 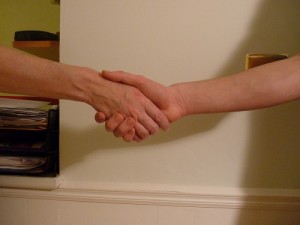 While physical contact between individuals is an accepted form of body language among those with close relationships, physical contact is rarely appropriate in job interviews or business meetings, apart from a hand shake.

In general, focus on striking a balance between acting appropriately and making your body language appear natural. For example, forced hand gestures will seem inauthentic. In contrast, a person who slouches may be acting naturally, but it may also give the impression that he isn’t making an effort or doesn’t care about his appearance.