How to Increase Your Grit Factor 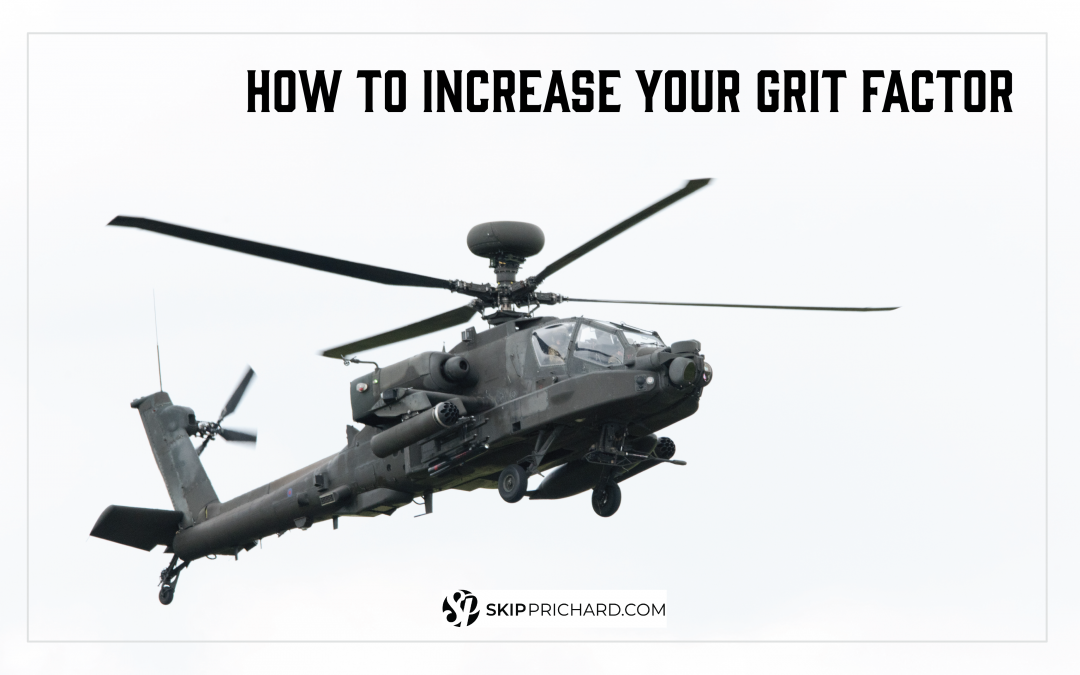 If you follow my writings or podcasts, you know I speak about grit quite a bit. Studying people who demonstrate incredible resilience under pressure always teaches me ways I can improve my stamina and my leadership.

That’s why I was immediately drawn in when a copy of Shannon Huffman Polson’s The Grit Factor: Courage, Resilience, and Leadership in the Most Male-Dominated Organization in the World crossed my desk. Shannon was one of the first women to fly the Apache helicopter in the US Army and led teams as an attack aviation leader before becoming a corporate leader. She speaks on topics of resilience, leadership, and grit. After I read her book, we spoke about her experiences leading in what she describes as “the most male-dominated organization in the world.”

“No leader goes it alone. Spend time to build and nurture your team.” – Shannon Huffman Polson

Having studied both the research and conducting numerous interviews about “grit,” I think you’re one of the few people who share ways to increase it. Why do you think that is?

The science is clear that we best internalize something told in the form of a story, and I’m a huge fan of combining the research with story and application for exactly that reason.  In recent conversations I’ve discussed with others how it seems crazy that the science is out there, but people don’t seem to follow it. In many cases I think it’s because the people who do the research may not feel comfortable sharing experiences from their own lives in a vulnerable way, which is really what makes the learning come alive. That is part of the power of The Grit Factor—that the leaders interviewed are willing to candidly share stories that are deeply personal and that lead to transformation.

The idea of starting with why has been around long before the TED talk, but oftentimes the way it’s discussed has more to do with a reason for doing a specific task. In The Grit Factor (and the associated training Going for Grit at The Grit Institute) we talk about really drilling down into what I call CORE PURPOSE—this is in the realm of personal values turned into action, not that of your organization, and not those behind a specific job. The book and training suggest an exercise using the “5 whys” to drill down to this core purpose. This is deep introspective work, and it reminds us what we’re out in this world to do—it’s also the most secure anchor for challenging times.

“Risking failure is a part of the path to success.” – Shannon Huffman Polson

Learn is the second part and let’s just touch on this. I love your starting point here. Would you share more about “drawing your circle”?

None of us get through hard times alone, though sometimes it can feel like we are! This part of the book (and the training) looks at the people you need to have in your circle, who you need to have on your team. This is especially important for people breaking into fields where they are the minority. The second part of drawing a circle means that some people are in your circle, and some are out—it’s important to put the naysayers, no matter who they are, on the outside. It’s a hard truth in the process of maturing to realize that not everyone will be your friend, and that’s ok. Find the people that support you, and those you can support as well.

“Own your story. Claim your own narrative.” – Shannon Huffman Polson

The last phase is launch. You advocate “turning your nose to face the wind.” Tell us more about this one.

Launch—launching is being out there and doing the work, building on all the preparation you’ve done. In this phase we talk about authenticity—being true to who you are…audacity—asking for what you want and standing up for what’s right, and adaptability—being able to change with circumstances. The key recommendation here is turning to face the wind. On takeoff in the Apache helicopter—and in any other aircraft—you turn the nose to face the wind, and as I remind clients, you use the resistance to help you rise.

It’s natural to turn away from resistance, but leaders have to learn early on to face it and to move through it. I really think the metaphor of taking off into the wind couldn’t be more perfect for many of the challenges we face.

“Fear is a normal human emotion. Remember that fear is just another form of resistance, and you remember what you. Do with resistance on takeoff? You turn your nose toward it and fly directly through it.” – Shannon Huffman Polson

I’d love for you to touch on the importance of adaptability. Some people find this more of a challenge than you’d think. How do you learn to embrace it?

All of us find this more of a challenge than we’d like it to be! Change is hard, almost always. Even good change. Learning to be flexible, to look for alternate solutions in the face of change instead of freezing up, not becoming too wedded to one answer at any time, are all aspects of adaptability. 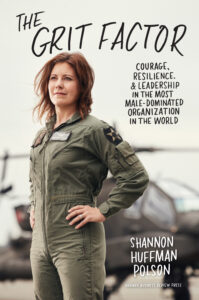 I remember a time when the budget was so lean that we didn’t have money to fly and train. We had written the operations order just as though the mission were actually happening, but because we couldn’t fly, the battalion’s pilots gathered in the hangar, where the instructor pilots had drawn out a mission on the concrete floor. We walked through the mission as though we were flying, and the battalion commander handed out envelopes seemingly at random. You’d open an envelope and it might say: “taking fire from the west,” and you’d have to respond immediately.  This kind of training is repeated in its essence all through the military, in and out of both training and real danger to teach the ability to suppress the stress response and to immediately and creatively come up with alternate solutions.

Change requires energy, more for some of us, and developing the characteristic of adaptability is critical for any leader.

“It’s not failure that matters. It’s what you do with it that counts.” – Shannon Huffman Polson

Your advice clearly works for all leaders, but you particularly focus on women leaders. Did you see successful women in the military learn “grit” as you outlined above or did they enter with it already?

This question has the classic both/and answer. Many of these incredible leaders entered with grit, and all of them built their grit. When I spoke at West Point a couple of years ago, we talked about how you train for pushups—and you train for pushups by doing pushups! You train for hard things by doing hard things. The reason for including women leaders as the basis of a universal leadership book is because women faced a double crucible, both achieving excellence in incredibly demanding fields, but also navigating often hostile or unwelcoming environments at the same time. They learned and built grit by necessity in the face of these combined challenges. Women often don’t share their stories, and it’s important for all leaders—both women and men — to learn from and find strength in all that these lessons and stories have to offer.

Talk about some of the women profiled and highlighted in The Grit Factor.

There are so many incredible women—from Shaye Haver, one of the first women to earn the Army Ranger Tab and serve as an infantry officer, Major General Dawn Dunlop, a test pilot in everything in the Air Force inventory, Becky Halstead, the first woman graduate from West Point to attain the rank of general officer, to Amy McGrath, the first woman to fly the A/F-18 in combat and now a Congressional candidate in one of the highest stakes races in the country. In talking to these incredible leaders, and so many more, I was struck by the themes that emerged again and again as critical to their successes, and that pattern really helped define what the Grit Factor would become.

For more information, see The Grit Factor: Courage, Resilience, and Leadership in the Most Male-Dominated Organization in the World.

How SEALs and Fighter Pilots Lead Teams to Success

How Innovative Trailblazers are Transforming Business