How to Balance the Demands of Modern Business Leadership 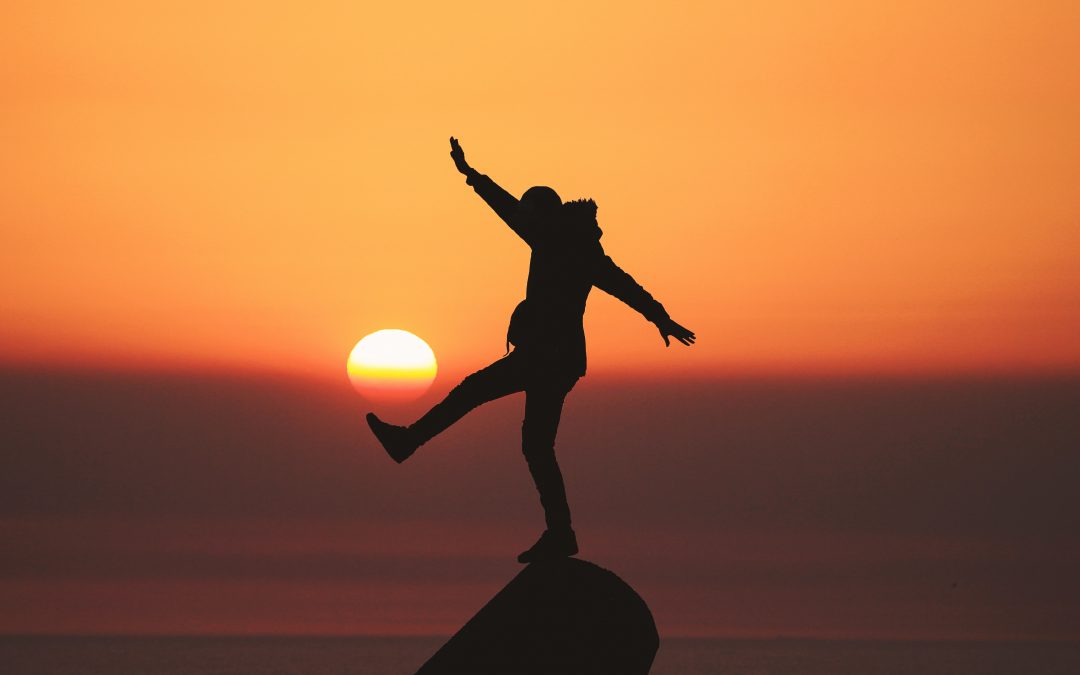 Leadership experts Chris Lewis and Pippa Malmgren, in The Infinite Leader: Balancing the Demands of Modern Business Leadership, argue that leaders must balance between analytic logic and intuition. With this balanced approach, leaders find their creativity and productivity soaring and results follow.

Often the lack of this balance between the long-term strategy and the short-term operational demands is the cause of numerous problems from crisis to scandal to poor results.

After reading the book, I reached out to the authors to talk more about their work and findings.

“The first job of all leadership is to protect people.”–Lewis, Malmgren

You say we have reached a turning point in leadership where we are at the final stage of an unbalanced approach, using efficiency as an excuse for long-term damage. Tell us more about this and why now is the time for change.

Well, let’s be clear. Your readers are tired of people who cry wolf to get attention. When we say ‘now’ is the time for change, we mean within the next decade. Three significant events will occur in this time frame. 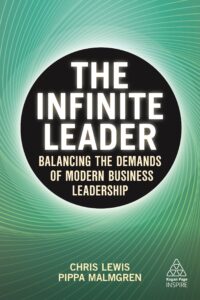 First, leadership in its current form is only tolerated if it delivers a better tomorrow for the majority of people. The World Economic Forum data shows that generationally Americans are now less likely than ever in the last 100 years, to earn more than their parents. This shows that social mobility is slowing dramatically.

Second, China will overtake America by 2028, if reports are to be believed. The economic and hence political norms may thus take on the characteristics of authoritarian leadership. Our model of leadership is tied up with the Western model of capitalism. If it doesn’t change to add more value, it will be eclipsed by China.

Finally, without urgent further action on climate change, it will accelerate beyond our capability to mitigate it. The first job of all leadership is to protect people. Climate change is a front in leadership’s battle for credibility. There are some encouraging signs. Covid, ironically, has shown we can do more with less carbon footprint.

By recognizing that our education is based on a reward system that only recognizes individual effort. Yet all leadership involves collective endeavor. The chart below shows this problem clearly. 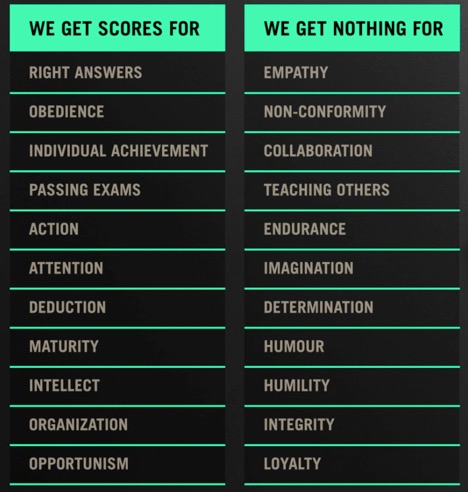 With all of the leadership failures you outline, what are some ways to rebuild trust?

Recognize the problem. Admit it. Begin to change. Alter the behavior. The response here cannot just be a tactical one. It has to be a change of philosophy. The obvious manifestations of change are a greater level of diversity in leadership roles and a willingness to to be more experimental. This means that leadership itself needs to embrace new ideas and originate them. When they do, it grants permission to other members of the team to change. Of course this is uncomfortable but necessary.

“A leadership culture is not just about leadership changing, it’s about cultural change.”–Lewis, Malmgren

Talk about balance and some of the challenges to achieving it.

It starts with recognizing the limitations of drill-down, reductive logic. The only provenance of ‘certainty’ is mediocrity. (And yes, I am certain about that.)

All organizations and individuals work in the real world; however, there are unpredictable pressures. Balance is a problem because it’s an aspiration. You may achieve it only to find that you lose it again shortly afterwards. That doesn’t mean it shouldn’t be an aspiration though.

“What do you think? These are the four most powerful words in the leader’s vernacular.”–Lewis, Malmgren

You introduce the Zero model and two opposite polarities. How are you seeing this model improve leadership?

We have too many over-confident leaders. We confuse confidence with competence. This is a key balance axis, but there are others, such as between logic and emotion, short and long-term, local and global, male and female, etc.

“Attitude and willpower matter because qualifications and knowledge do not bestow understanding.”–Lewis, Malmgren

You start the book with a rather bleak and negative view of today’s leadership. Talk about your view of the future and your hopes for a better world. What are some ways we can accelerate this?

I’m really sorry if you gain that impression. On the contrary, we are positive that there are many people who get the message. We have both been successful in our fields, but that doesn’t mean we can’t see failure. One of the problems we have is that those who have been successful will never reform a system that has led to their success. If you’re successful though, it’s more likely that people will listen because you’re credible. People that fail and criticize the system are likely to be dismissed.

As we can see in the WEF numbers, the older generation doesn’t see how bad leadership has become. But to the young, it’s really obvious because they have little chance of the success their parents had. Does that make sense?

“Good leadership is ‘failing’ all the time.”–Chris Lewis

Yes, well said. Now, if you look at the next generation, what steps would you recommend for leadership development to move us toward this more balanced, more positive view?

They’re already on the way to change without us. The real question is whether they will see any of the previous generation’s experience as relevant at all. At the very least, we need to ensure they don’t make the same mistakes as our generation.

What are some other ways to embrace leadership development that embraces ethics, diversity, and divinity?

Read more. Listen more. Think more. Don’t fill every moment of your time. Make balance your goal not the illusion of short-term efficiency. Recognize that you can’t achieve or tick off goals of ethical behavior or balance. There are forces that conspire to challenge them constantly. These are goals which may be unobtainable but nevertheless ones that should be targeted. As many of you will understand, this is completely unlike any other leadership goal. No one sets targets for balance, precisely because it is difficult to hit.

That’s what I mean about being trapped in a world of drill-down reductive logic. If you try to achieve balance you will fail. That’s why success and failure are such unhelpful terms. Paradoxically, good leadership is ‘failing’ all the time.

27 Quotes to Inspire Your Next Victory