How Belief Writes Your Leadership Story 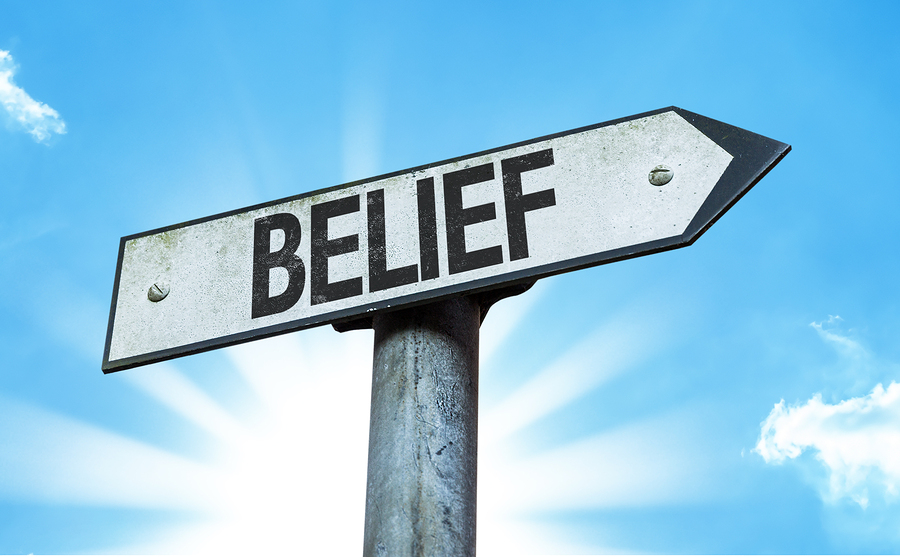 This is a guest post by Bill Blankschaen, author of A Story Worth Telling just released from Abingdon Press. A writer, speaker, and content strategist, he blogs at Patheos and Faithwalkers where he helps people live an authentic life. Follow him on Twitter.

Belief is the Key Ingredient

Every day you lead, you are writing a story. You don’t have to be a writer or even put pen to paper to make it a good one. But you do need one key ingredient: belief.

Regardless of your beliefs about spiritual matters, your leadership legacy will be determined by your faith. By faith I don’t mean going to church or engaging in religious rituals, as important as those practices may or may not be to us. I simply mean doing what we believe to be true, often in spite of what we see, sense, or feel. 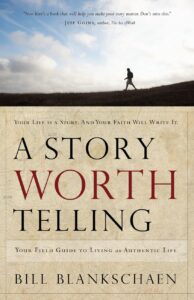 The entrepreneur who launches a new business believes in the product or service the new venture will provide. The CEO who initiates change believes she knows where the market is headed and how the company can best prepare to capitalize on it. The individual who steps away from a comfortable career to tackle a new challenge does so because he believes a better story is possible.

If we want lasting results from our leadership — results that get talked about long after we’re gone — we must start with understanding how what we believe to be true writes our leadership story.

“Your leadership legacy will be determined by your faith.” -Bill Blankschaen

6 Critical Things Belief Does for Our Leadership

1. Belief gives clarity to our mission.

My new book, A Story Worth Telling: Your Field Guide to Living an Authentic Life, shares several stories of ordinary people who stepped out to fulfill their dreams because they believed it was the right thing to do. They believed their story could have value, so they began a quest to achieve a specific end. When we know what we value, we find our way toward it. Roy Disney, a man who knew a thing or two about making tough decisions, said, “It’s not hard to make decisions when you know what your values are.”

“It’s not hard to make decisions when you know what your values are.” -Roy Disney

2. Belief gives direction to our team.

The direction derived from belief doesn’t only help us as individuals, it also guides everyone we influence. As Jack Trout said, “At the end of the day, people follow those who know where they’re going.” If you don’t know what you believe to be true, you’ll tend to drift wherever other forces take you. Drifting never inspired anyone to do anything but walk away. However, what you believe to be true will have consequences for your team — so choose wisely.

“At the end of the day, people follow those who know where they’re going.” -Jack Trout

3. Belief inspires us to act courageously.

When Corrie Ten Boom and her family hid Jews from Nazi oppressors during World War II, they did what they believed to be true. When Rosa Parks refused to budge from her seat on a bus, her courage inspired a nation to change. No doubt, neither of these two women felt comfortable. But comfort can never achieve what courage dares to try.

4. Belief causes us to act with integrity.

If we believe people have value, we’ll refuse to speak ill of them behind their backs. If we believe truth triumphs in the end, we’ll speak candidly rather than engage in a cover-up. Grab a headline from any newspaper today and you’ll likely find the story of a leader who compromised his or her beliefs — and is paying for it.

“What we believe to be true writes our leadership story.” -Bill Blankschaen

5. Belief empowers us to get back up when we fall.

If we don’t believe in something that makes our story worth telling, we’ll lack the drive to recover from failure. A sure strategy for leadership disaster is to run from any possibility of failure. Growth comes from trying to achieve results just beyond our reach. And it always brings the risk of failure. If we’re not willing to risk failure, we’ll never grow. That’s why I say a leader’s first failure is a failure to believe.

“A leader’s first failure is a failure to believe.” -Bill Blankschaen

6. Belief keeps us grounded in reality as we reach for our dreams.

James Stockdale warns, “You must never confuse faith that you will prevail in the end–which you can never afford to lose–with the discipline to confront the most brutal facts of your current reality.” A leader’s faith is not an excuse for a blind leap or an irrational roll of the dice. Belief must always be grounded on truth and an awareness of the facts — even while it questions the limits and pursues what others deem impossible.

“You must never confuse faith that you will prevail in the end–which you can never afford to lose–with the discipline to confront the most brutal facts of your current reality.” -Admiral Stockdale

A Story Worth Telling: Your Field Guide to Living an Authentic Life

Why Attitude Always Matters from Technology to Healthcare