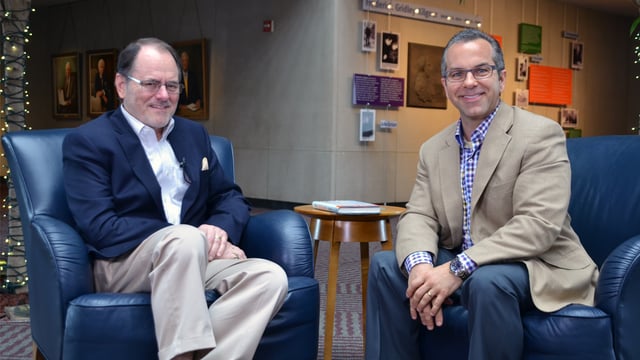 It’s All About Attitude

One of my company’s board members is also one of the Internet’s earliest pioneers. In the past few years, I have had the opportunity to hear him tell stories that are instructive, but also mind blowing. At one meeting, I recall him sharing an example of what he learned about product marketing and branding. Because of his humble style, I almost miss the product reference. Wait, I think, did he just share how IBM’s ThinkPad name was conceived? Yes, and much more.

John Patrick doesn’t brag or seek attention, so most people don’t realize he was a founding member of the World Wide Web Consortium at MIT or a founding member and former chairman of the Global Internet Project. He was also the head of Internet Technology at IBM and is currently the President of Attitude, LLC.

Most people would just stop, retire, and enjoy life. Not John Patrick. Only a few years ago, he decided to get his doctorate in health administration.

He has authored two books: The first, Net Attitude: What It Is, How to Get It, and Why Your Company Can’t Survive Without It, and one just out called Health Attitude: Unraveling and Solving the Complexities of Healthcare. Both books deliberately have the word “attitude” in the title because John Patrick is a passionate believer in attitude.

“The prescription starts with a single word, attitude.” –John Patrick

He is optimistic about the future. His attitude about technology’s potential is overwhelmingly positive. Give him an incredibly complex leadership challenge, one seemingly impossible and where everyone is negative, and it’s like giving candy to a kid. He loves it. So, John tackles America’s healthcare challenges with the same intellect, same positive attitude, and same promise of technology that he always does.

One other personal story about John I have to share: John had surgery last year and I checked in on his status. No one ever did what he did. Instead of responding with a note or call, John attached the data from his FitBit to prove to me that he was up and walking. That embodies John’s personal Health Attitude.

“All the technology and money on the planet won’t enable you to meet people’s expectations if you don’t have the right attitude.” –John Patrick

Net Attitude: What It Is, How to Get It, and Why Your Company Can’t Survive Without It.

Health Attitude: Unraveling and Solving the Complexities of Healthcare