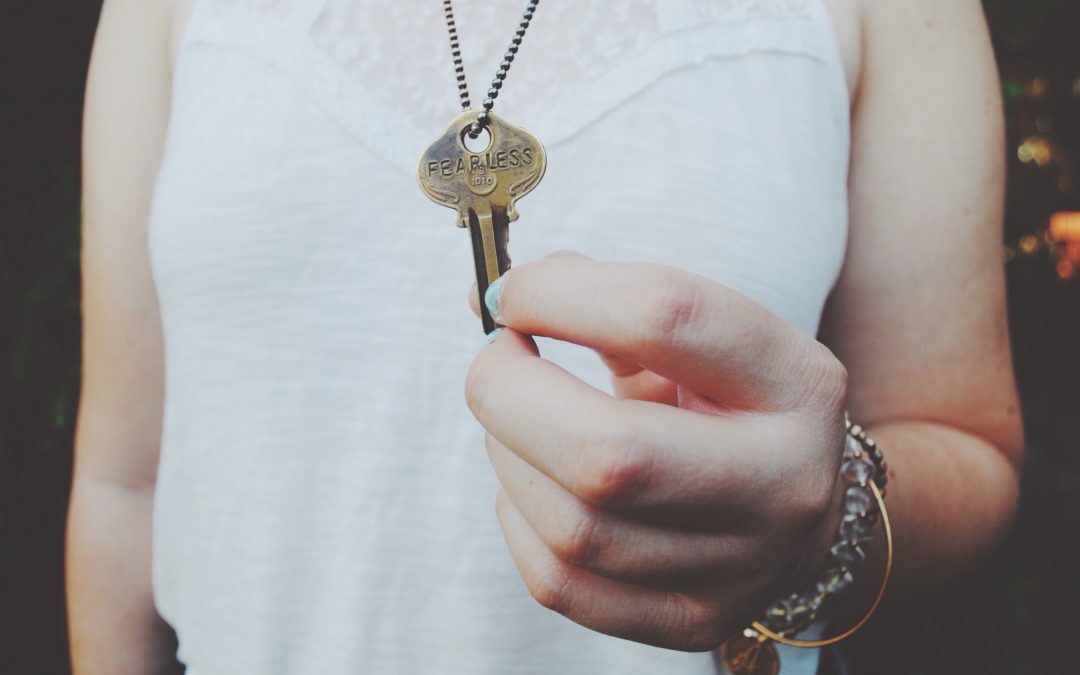 Responsive leadership is a living, changing set of traits and skills that adapts to new people and environments. It can thrive anywhere. You may have an impressive grasp of how to influence, inspire, and build teams, but you must know how to adapt your abilities to each new organization, or to changes within the organization—new board members, new staff members, new shareholders.

In her new book, The 7 Secrets of Responsive Leadership, leadership and turnaround expert Jackie Jenkins-Scott shows you how to build the skills to be a leader in any environment.

After reading her book, I reached out to learn more.

For those who haven’t read your book yet, what is responsive leadership?

Responsive leadership focuses on the people—the humanity—within the organization to achieve organizational success. Often leaders are described by action words such as “results oriented,” “innovative,” “driven,” and “visionary.” Sometimes leaders are described by what they believe leaders do and how they approach their role, such as the systematic leader (leaders who use and rely on a set of methods and management tools) or the servant leader (a leadership philosophy in which the main role of the leader is as servant). Responsive leaders may employ these and other techniques, skills and actions all in service to a deep understanding and appreciation that the people within the organization underpin the organization in both triumph and crisis.

“Vulnerability is the birthplace of innovation, creativity and change … Adaptability to change is all about vulnerability.”—Brene Brown

How do great leaders understand and show vulnerability?

In my book, The 7 Secrets of Responsive Leadership, I describe four attributes that I believe great leaders have. These are the qualities of the strongest leaders, not necessarily the most famous, most powerful or most effective leaders.

These are the four attributes:

Belief in and practice of these attributes is foundational to the ability of the leader to understand and show vulnerability. After all, no matter if it’s a leader in one’s own home, a small department or unit, or a Fortune 100 company, leaders are vulnerable. It’s acknowledging, understanding, accepting and coping with vulnerability that will make the difference in the person, organization, or situation. These four attributes help the leader understand and show vulnerability.

“Great leaders have the ability to recover quickly.” -Jackie Jenkins-Scott

Tell us more about “Keep your bags packed” as a practice. 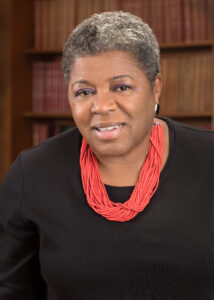 As a young graduate student, I heard a talk by John Boone. Mr. Boone was the first African-American Commissioner of Corrections in the Commonwealth of Massachusetts. He told the students that he “kept his bags packed as a professional practice.” He said that at some point in one’s career, the leader will be tested and that if the leader is not grounded and clear in his/her core values, the leader risks compromise and at some point, the leader risks losing perspective, values and personal integrity.  When this happens, one’s ability to lead with integrity is in jeopardy. He encouraged the students to “keep their bags packed”—the wiliness to walk away from the job, the opportunity, the prestige rather than lose personal integrity. By the way, John Boone stayed in the job less than 18 months. He ran into the uncompromising wall of nepotism and favoritism in the corrections department. John Boone’s message had an indelible impact on me and my career. Keeping your bags packed is a courage booster that can help the leader make the toughest decision—stay or go—during the most challenging times.

2: Compete well by leading with heart.

4: Stay on point in the midst of risk.

6: Value the interconnectedness of people.

Staying on point and focused is important for leaders. At the same time, it’s easy to get distracted and get sidelined. What are some ways leaders can learn to stay on point?

One important way for the leader to stay on point is to make sure that the message has a clear objective with measurable touchpoints to create accountability and the potential for a successful outcome. Clearly defined objectives, measurements and touchpoints provide transparency and accountability—accountability to oneself, the team and the organization. The key to using this tool is to make sure the message is clear, measurable and transparent. Transparency is an important component to staying on point. Transparency and reportability are critical elements of accountability, not only to oneself but to the team and the organization. If the leader builds in accountability measures and uses them consistently, s/he will have a better chance of avoiding distractions and staying on point.

“Very simply, stay true to what you know to be right and get that clear in your head with as much specificity as you require to adhere to a strategy of integrity.”—Jim McCormick

The story that Archbishop Tutu shared about a fourteen-year-old girl was particularly moving. Would you share it and the powerful lesson for us all?

Archbishop Tutu told this story to over 500 urban young people participating in a symposium on forgiveness. When one of the young men asked Archbishop, “How do you forgive someone you don’t like?” he told the story of the 14-year-old girl who testified before South Africa’s Truth and Reconciliation Commission. After telling the story, the auditorium was stunned into silence, so silent you could hear a pin drop. The archbishop with a twinkle in his eye explained to the young man that he didn’t have to “like” his adversary, but he needed to love him. He went on to talk about like, love, and forgiveness. It was a powerful moment not only for the young people in the room but for the adults who were privileged to witness this encounter.

The message I took from Archbishop’s story was that forgiveness starts within our own heart. By forgiving, one is freeing oneself from the stranglehold of the adversary and by doing so opening oneself to self-healing and new opportunity for personal growth and fulfillment. Of course, the story of the 14-year-old girl represented forgiveness in the most harsh and extreme situation. For the young people in the room, they had an opportunity to personally reflect on the true meaning of forgiveness and empathy by putting themselves in the young 14-year-old South African girl’s shoes.

“Do you want to be a responsive leader? The first, and critical, step is valuing and enriching your connections with family, friends, and colleagues whom you trust.”—Jackie Jenkins-Scott

How to Develop Resilience

What are the best ways to develop resilience in order to recover quickly? 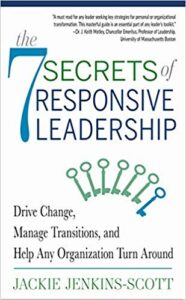 Another necessary ingredient to developing resilience is to truly appreciate that the leader is not alone (humility). Sometimes, we think of ourselves as the “only” one experiencing what we are going through. When the leader understands that she is not alone and finds the courage to learn (curiosity) how others have weathered this or similar situations, it can give her the boost she needs to keep going forward or to pivot to another opportunity.

Finally, over time, our strongest leaders learn to bring perspective to each situation.  Perspective encourages the leader to remember that he has a place on the timeline of history, respecting what came before and understanding that there is more to come after him. I refer to this as the leader as bridge—the connection to the past and the link to the future. Having and keeping perspective is one of the most important characteristics of the resilient leader.

For more information, see The 7 Secrets of Responsive Leadership.

Quotes on Love for Valentine’s Day