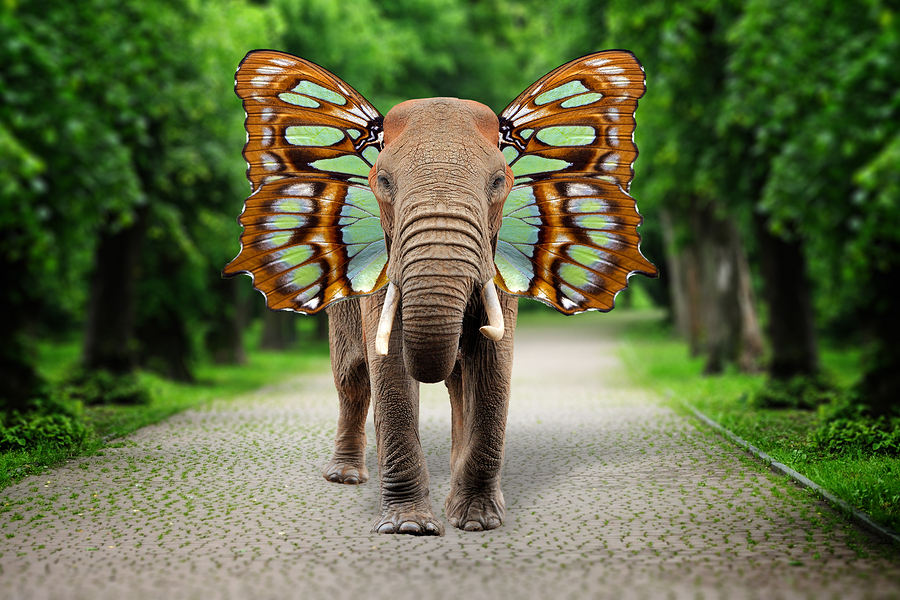 When You Need Radical Innovation

It’s at the top of nearly every organization’s strategic priority list. Whether due to tepid growth, robust competition, globalization, budget constraints, or a myriad of other reasons, almost every organization is seeking innovation. Looking for the next big thing to transform the business and to improve a customer’s experience is always top of mind for a leadership team.

“Don’t worry about failure; you only have to be right once.” –Drew Houston

Steven Hoffman is Captain and CEO of Founders Space, a Top 10 Incubator in Inc. and the #1 Accelerator for startups coming to Silicon Valley from overseas in Forbes. He is constantly innovating, and he is a serial entrepreneur and investor. From his vantage point, he’s seen what works and what doesn’t. His book, Make Elephants Fly: The Process of Radical Innovation, is a practical guide to help startups achieve breakthrough growth and help more established organizations find a path to successful innovation.

It is a compelling read, filled with great examples to help you achieve faster growth. I recently spoke with Steve about his book.

One of your chapters is focused on copying vs. creating. You say, “Copying is a brilliant business strategy.” What role should copying play in radical innovation?

All great innovations are built on top of previous discoveries. Copying is an essential starting point. Steve Jobs copied Palm Pilot when developing the iPhone. Mark Zuckerberg copied Friendster and Myspace when developing Facebook. Brian Chesky copied Craigslist when developing Airbnb. But all these brilliant entrepreneurs innovated radically, and that’s why they were able to breakthrough and become so much bigger than their predecessors.

To innovate, you must start with something, and it helps to pick a business model that works. That’s where copying comes in. Once you’ve identified the customer need, then you must figure out how to radically improve it. There are only two ways to break through:

1) You create a product that is exponentially better. This is what Google did with its search engine. It was ten times better than the preceding search engines.

2) You create something new, something that offers a different value than the competition. This is what Twitter did with its micro-blogging platform. It wasn’t like a typical blog because it limited posts to 140 characters, which created an entirely new experience for readers and bloggers.

Unless you do something radically better or different, you will not have a big success. To beat out the competition, you cannot just be incrementally better or a little different. 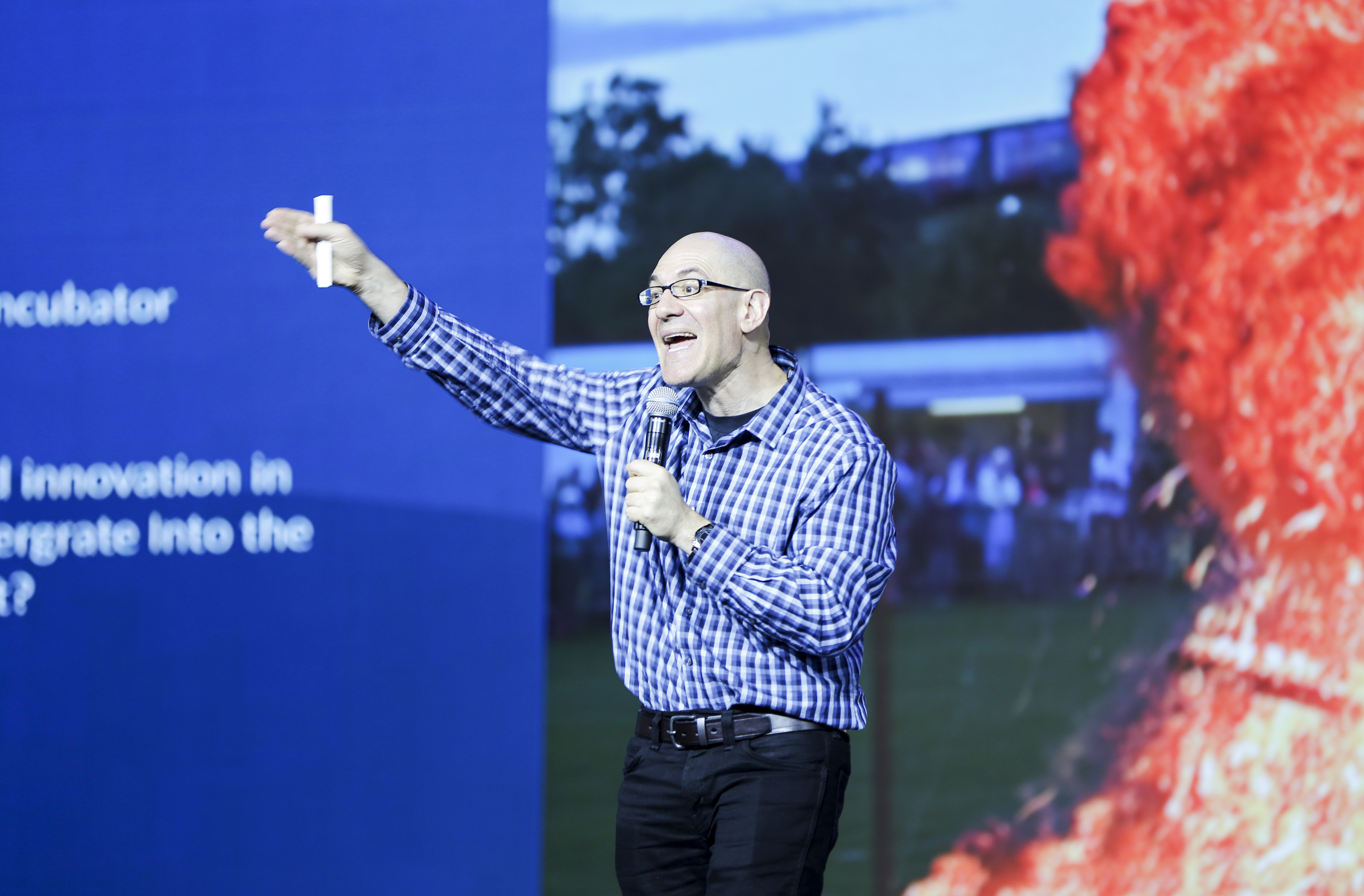 “More entrepreneurs fail from thinking too big than too small.” –Steven Hoffman

You advocate to “think small.” That’s not what most entrepreneurs think when they’re dreaming up a new enterprise. Why should innovators think small?

For YouTube, that small thing was simply sharing links to online videos. They didn’t set out to build the world’s largest online broadcast network. If they had, they would probably have failed because they wouldn’t have done things the same way.

“The real measure of success is the number of experiments that can be crowded into twenty-four hours.” –Thomas Edison

The most efficient way to innovate for a startup with limited resources is to run as many experiments as quickly as possible.  The smaller the experiments, the faster you can gather data. If you have a big project, it slows everything down. If you cannot get data fast enough, your startup will run out of money and have to shut down.

Why is it that most startup founders entering Founders Space haven’t spent much time with customers?

Most startup founders in Silicon Valley and around the world fail to realize how important it is to spend time with their customers before developing their products. They feel that their job is to come up with a brilliant idea and just run with it.  But the opposite is true. Startups have a much higher chance of success by stating with the customer and figuring out their pain points before locking down on any one idea. Only by identifying a strong customer need can you create a great business.

“Once a new technology rolls over you, if you’re not part of the steamroller, you’re part of the road.” –Steward Brand

Listening well is not an easy skill to master, especially for entrepreneurs. They aren’t trained in how to listen. They tend to want to sell their ideas to customers instead of taking the time to figure out what their customers really need.  The right way to listen is to first ask the right questions and then to let the customers answer them.

“We like being limited by the constraints. It inspires creativity.” –Charles “Link” Neal

The right questions get customers to talk about their problems and needs. For example:

These types of open-ended questions work best in getting customers to reveal themselves and exposing new business opportunities.

“Move fast. Speed is one of your main advantages over large competitors.” –Sam Altman

Talk about the power of velocity. How do established companies increase their speed?

Speed of iteration is everything when it comes to innovating. How fast you can run experiments and acquire insights is the key metric for any established organization. The best way to speed things up is to operate lean. Keep your teams small, break large ideas down into little ones, and test the most critical ideas first.

“Speed of iteration is everything when it comes to innovating.” –Steven Hoffman

What have you learned from your own and others’ mistakes? Would you share one mistake that has really had an impact on your thinking?

I used to believe that you had to manage employees. Early on, I made the mistake of trying to control what my employees did and how they spent their time.  This resulted in diminished results. Eventually, I came to realize that the job of a CEO isn’t to manage employees but to create an environment where employees can manage themselves.

If you hire great people and they know the goals, then they will do the rest. You don’t need to worry about how they do their jobs. You just need to point them in the right direction and do everything you can to support them.

You’ve had a view of entrepreneurs, start-ups, and early stage companies that few others have had. What common leadership qualities have you seen inherent in the most successful innovators? 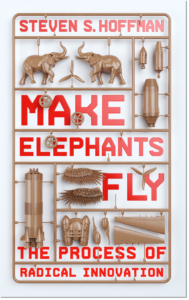 There are three qualities of great innovation leaders:

1) They enjoy their work and have a passion for it.

2) They go deeper than everyone else. They aren’t satisfied with what others know. They must push further and uncover something no one else has seen.

3) They attract the best talent and give them the freedom to perform.

“Know your core competencies and focus on being great at them.” –Mark Cuban