Put the Power of Disruptive Innovation to Work for You 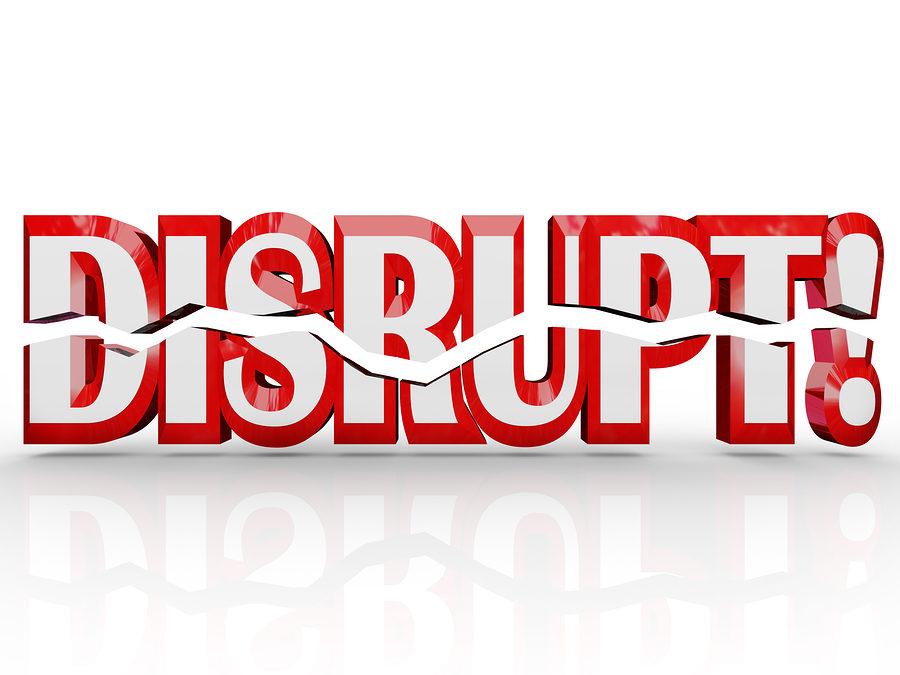 Companies think about it all the time. Innovation. A new idea, one that will catapult the organization to the top.

Individuals don’t always think about the power of disruption and innovation to reinvent themselves in the same way.

“Disrupting yourself is critical to avoiding stagnation.” -Whitney Johnson

Whitney Johnson is one of the world’s leading management thinkers and is a former an award-winning Wall Street equity analyst. Whitney’s latest book, Disrupt Yourself: Putting the Power of Disrupt Innovation to Work, is all about putting the power of disruptive innovation to work on you.

If you want to be mediocre, this is not the book for you. But, if you’re daring, put the power of disruptive innovation to work on your own career.

Whitney recently shared with me some of the highlights from her book and research:

2: Play to your distinctive strengths

5: Step back to grow

6: Give failure its due

You’ve identified 7 variables to move from gaining competence, confidence, and finally, mastery.  Is there one that most people struggle with?

One of the hardest is entitlement, the belief that ‘I exist therefore I am entitled’.  Sadly, I see it in myself all the time.  It comes in many guises, like cultural entitlement.  We all need to feel that we belong.  A sense of belonging gives us the confidence we need to try something new.  But as we begin to see the fruits of taking the right kinds of risks and playing to our strengths, it’s easy to start believing ‘this is the way things should and will always be’.  The nanosecond we start believing this, we stop learning.  So that right when you are feeling the most competent, and have the confidence to try something new, you begin to stagnate, potentially even backsliding.  If you want to enjoy the hypergrowth of disruption, of moving forward not back, battle entitlement. 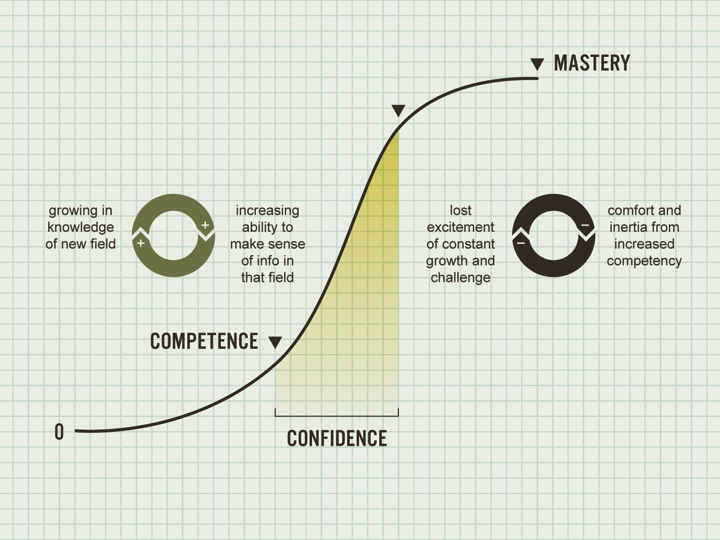 I have always been a fan of working on strengths. How do you identify your distinctive strengths?

It’s easy to identify your distinctive strengths, after the fact, because they are what make you a fish out of water.  It’s figuring out your strengths in the first place.  So here’s a clue:  What compliment do you habitually dismiss?  You’ve heard it so many times that you are bored.  Or you wonder why they are complimenting you because it is as natural as breathing. Malcolm Forbes said, “People tend to undervalue what they are, and overvalue what they aren’t.” Take note of that compliment.  It’s likely a strength.  Then find ways to apply or use that strength where others are not.

“A distinctive strength is something that you do well that others within your sphere don’t.” -Whitney Johnson

Like Jayne Juvan, a partner at a law firm in Cleveland.  As a third year associate, she started blogging. There was some political flak.  Law firms tend to be conservative.  The partners didn’t see the opportunity.  But she didn’t back off.  Good thing. When the economy came crashing down in 2007, she sidestepped layoffs because she’d landed clients on social media.  She also had a compelling case to make when she was up for partner.  Learning the law was her pay-to-play skill, social media her distinctive strength.

“Beware the undertow of the status quo.” -Whitney Johnson

When to Make Your Move

Few people have the “guts” to leave a hard-won, high-powered job at the top of Wall Street in order to pursue a new calling.  Why did you make that move?  What are others who feel a similar pull able to learn from your experience?

Whenever you take a new job, you are hiring that job to do a ‘job for you’.  That job has both functional and emotional components.  The function may be, put food on the table.  The emotional can range from wanting to learn, to contribute, to bragging rights, possibly all three. 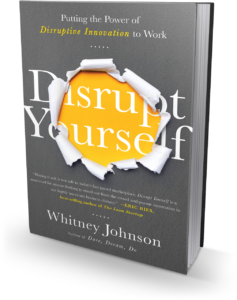 For me, I could have continued to hire Wall Street to do the functional job of putting food on the table and the emotional job of status. I could no longer rely on it for the emotional rewards of being challenged and valued for my contribution. I had just had a banner year in terms of the metrics (from stock picking to client service) but received the same bonus as my peers.  When I asked to try something new, I was told they ‘liked me right where I was’. Emotionally, we had gone from Merrill paying me to me paying them.  So, I eventually made a big life-changing move.

If you look at your own life, you’ll likely see the same is true for you.  Sure, the functional is a consideration, but almost always you start or stop for emotional reasons.  When you are aware of what motivates you, and what motivates the people who are hiring you, you are more likely to hire the right job and boss for you.

“If it’s scary and lonely, you are probably on the right track.” -Whitney Johnson

Give Failure Its Due

Many of us read, hear, and talk about the value of failure.  And yet, we detest it.  You share why.  Would you share with us a little about this and the importance of failure?

In an early draft of the manuscript, the title of the chapter was Put Failure in its Place, until I realized I was giving failure short shrift. It is in failing, we learn. In learning, we innovate. The rub is that from the time we are children, we learn to abhor and shrink from failure, our identity based on what we achieve.

“Nothing is a waste of time if you use the experience wisely.” -Auguste Rodin

So, how do you as a company short-circuit this hard-wired need to succeed? First, recognize it’s a matter of when, not if. Second, observe whether your team tries to hide their failures from you. Third, if they do, consider if you’ve got the right people on board. If you believe enough in a person, and you are willing to allow for some mistakes, start compensating them for one failed idea per quarter. The premise being that if you make a good faith error, you are all-in. Fourth, don’t buy into shame—for you or your people. Failure doesn’t push you back down your personal curve of disruption. Shame does. Fifth, ask what important truth did I learn because of this failure? Fail. Learn. Innovate. Repeat.

“Each bird must sing with its own throat.” -Henrik Ibsen

Use Constraints, Obstacles and Difficulties

How do constraints, obstacles, and difficulties actually help us disrupt ourselves?

“Whom the gods wish to destroy, they give unlimited resources.” -Twyla Tharp

Whenever we are trying something new, we need and want lots of feedback. One of the best ways to get feedback is to impose constraints. Think about skateboarders. They are some of the quickest learners in the word because they receive incredibly fast and useful feedback. Every action, every move has an immediate consequence. 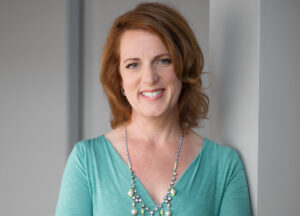 The same is true for us.  You want to know what’s working and quickly.  If you are in a do-or-don’t eat situation, you are highly motivated to get the business model right. You aren’t asking how can I make money in a year, but how do I generate cash tomorrow? So you make choices. Get scrappy. Barter. You discover an embarrassment of riches already on hand. You become successful not in spite of, but because of, your constraints.

“My passion for surfing was greater than my fear of sharks.” -Bethany Hamilton

“Constraints aren’t a check on absolute freedom, they are a tool of creation.” -Whitney Johnson

“Dreams are the engine of disruption.” -Whitney Johnson

Disrupt Yourself: Putting the Power of Disrupt Innovation to Work

The Power of Positive Social Proof

33 Innovation Quotes to Inspire Your Next Idea