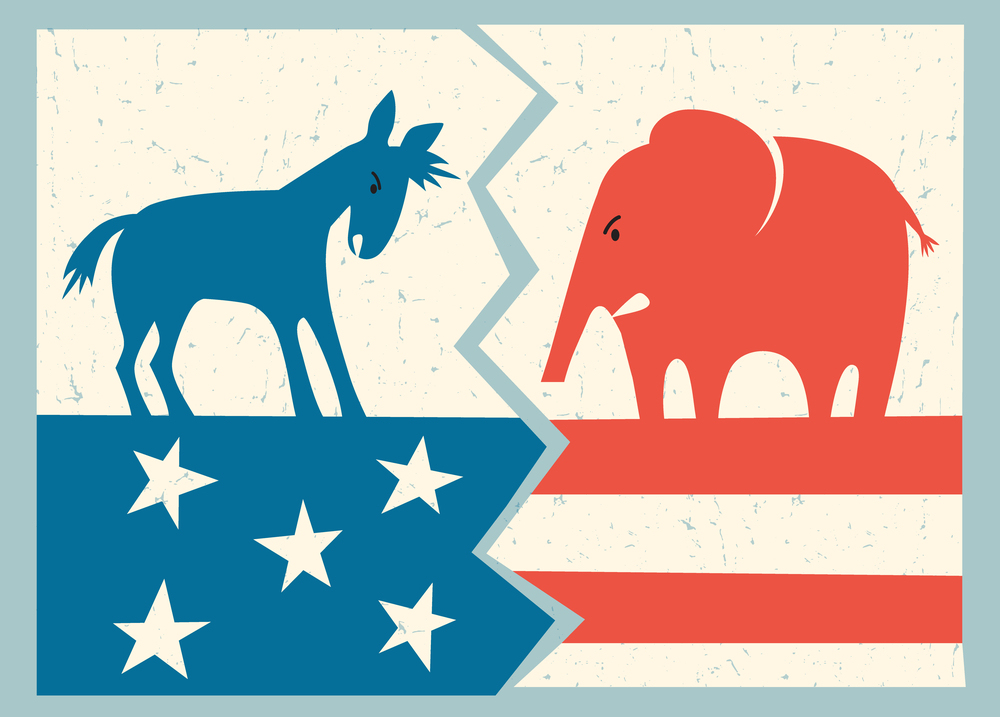 This is a guest post by Chris Zook. Chris is a partner at Bain & Company and has been co-head of the firm’s Global Strategy practice for 20 years. He specializes in helping companies find new sources of profitable growth. He is the co-author with James Allen of five bestselling books on strategy, including The Founder’s Mentality: How to Overcome the Predictable Crises of Growth.

Do You Have a Founder’s Mentality?

Few countries revere its founders as much as the U.S. does. From the founding fathers who came together to write the Constitution to the founders of our most iconic and enduring companies and institutions, we see founders as role models of leadership and positive vision in a world where great leadership and the positive energy of hope are increasingly needed more than ever.

Fact: 1 in 3 winners of the TIME Person of the Year is a founder.

In the past 20 years, nearly one in three recipients of the TIME Person of the Year Award has been a founder (including Steve Jobs, who received honorable mention the year he died). Books and movies about founders have captured the public’s imagination, from The Social Network about Mark Zuckerberg and the founding of Facebook to the eagerly anticipated release at the end of this year of The Founder starring Michael Keaton, about McDonald’s founder Ray Kroc. Entrepreneurship is one of the fastest growing categories of school and class enrollment—everyone wants to be a founder. Whereas trust in our largest companies is at an all-time low, smaller, often founder-led companies head the list of institutions in which we collectively have confidence. 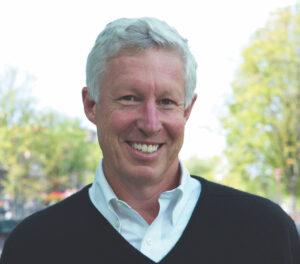 Great founders also achieve great results. During the ten-year period from 2002 to 2012, nearly 50 percent of the value created in the U.S. stock market was from 15 companies—like Google, Apple, Oracle, and Facebook—that are part of the ecosystem centered at Silicon Valley, the ultimate crucible for founders. Throughout this period, founders were at the helm or still involved in 13 of 15 of these value-creating companies. Moreover, since 1990, across the entire stock market, those companies where the founder remained influential performed more than three times better than those where the founder was nowhere to be found.

Even more important for the U.S. is the role of these growing companies in job creation—the issue of primary importance for the average American.  Research by the Kauffman Foundation shows that the largest companies have been net destroyers of jobs in America (as have governments). By contrast, the smaller, frequently founder-led companies are the source of nearly all good new jobs. The data on new company formation and their growth across economies shows that our ability as a nation to encourage, nurture, and celebrate founders is central to making the U.S. economy so robust and allowing us to be the privileged nation that we are.  At a time when ensuring the supply of good new jobs is so important, we should heed the role of founders—and especially the lessons we can learn from them about building the enduring institutions that are the foundation stones of a great country.

Of course, the founders of our country and later of its defining businesses and organizations were human beings, often flawed, with personal quirks or dissonant personal beliefs. Yet our research on these enduring institutions and how the founders set them up in the first place shows that the great founders shared three common traits that enabled their accomplishments and were often infused into their organizations. We should note these three elements as we decide the traits we want in America’s next leaders.

First, great founders are insurgents, vocal and eloquent about an inspiring mission to improve the world. From Jefferson’s list of the unalienable rights that define why governments exist to Elon Musk’s desire at Tesla to redefine transportation, to the founders of Google’s objective to “organize all of the world’s information,” a purpose stated in the most positive and inspiring tone was always at the center. We live in a world in which only 13 percent of employees say they have any emotional connection to the purpose of the organization where they work. Yet, those who do have that connection to a positive mission of what their company is striving for are three and a half times more likely to offer innovative ideas or go the extra mile to solve a problem on the spot. This is in stark contrast to our current election year, which has been branded “the most negative campaign in history.”

Positive, inspiring purpose statements are at the center of great companies.

The second trait that great founders of enduring institutions share is an obsession with the details on the ground, and a focus on (and empathy for) the people at the front line. In businesses, founders were often salespeople or product developers first and the best ones maintained that ground-level mentality even as their institutions grew and prospered. Henry Ford referred to the contribution of plain men who never got into history. Arguably, the greatest contribution of Ray Kroc was his development of a franchising model that allowed all of his store managers to become mini-founders in their own right.

Enduring institutions have an obsession with the details and focus on the front line people.

By contrast, today’s politicians are distanced in many ways from the public they want to engage with and relate to—the people on the front lines. Even when Clinton and Trump go off script and seem more “real” or accessible to voters, a great deal of the information they learn about their constituents is experienced second-hand—screened and processed by handlers. This is a far cry from Harry Truman’s 30,000-mile whistle stop tour—speaking all day to people who would crowd around and share their experiences with the man in person. Today, some historians cite that tactic as central to his electoral triumph, and his ability to govern. In the current election, there is little evidence of this “front-line obsession,” or a deep understanding of how those details might impact national policy decisions. 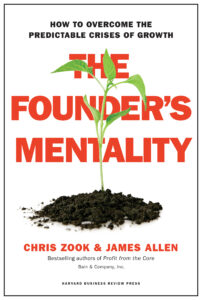 The third trait that came through loud and clear in our study of great founders and the characteristics they share is a willingness to take personal responsibility—both for problems and for one’s own actions—rather than blaming others or avoiding responsibility. When Howard Schultz, a founder of Starbucks’ success, returned to the company in 2008 to try to halt its plummeting stock price, he did not seek blame, saying “No single bad decision or tactic or person was to blame. The damage was slow and quiet, incremental, like a single loose thread that unravels a sweater inch by inch.” Today, Starbucks has regained its lost value and multiplied it by more than three times. Great leaders don’t seek blame; they seek responsibility.

The day before Ronald Reagan was elected President for the first time, he gave a speech called “a vision for America.”  In it, he concluded the day before Americans were to go to the polls: “Let us resolve tonight that young Americans … will always find there a city of hope in a country that is free. And let us resolve they will say of our day and our generation that we did keep faith with our God, that we did act ‘worthy of ourselves;’ that we did protect and pass on lovingly that shining city on a hill.”

Above all, the great founders—from those who defined America to those who created the institutions that built it along the way—emphasize the positive. They talk about what they want to build, about their insurgent mission, more than what they want to tear down or denigrate. They embrace the plight of the common man and the worker at the front line, with humility and a positive message of hope, not with the despair of fear. They take responsibility and seek a genuineness of purpose, not a list of those to blame or defame or expunge.

Recent polls of Americans show an increasingly negative view of the candidates and of the entire election narrative, and an increasing desire to focus on the positive. What would happen if one candidate decided not to make another negative, exclusionary, or blameful statement … but spoke only about how to create hope, invested in being at the front lines with the average American, and exited the bubble of partial truths in favor of total openness. What if one candidate embraced a founder’s mentality?

The Founder’s Mentality: How to Overcome the Predictable Crises of Growth

Ask Questions to Improve Your Leadership