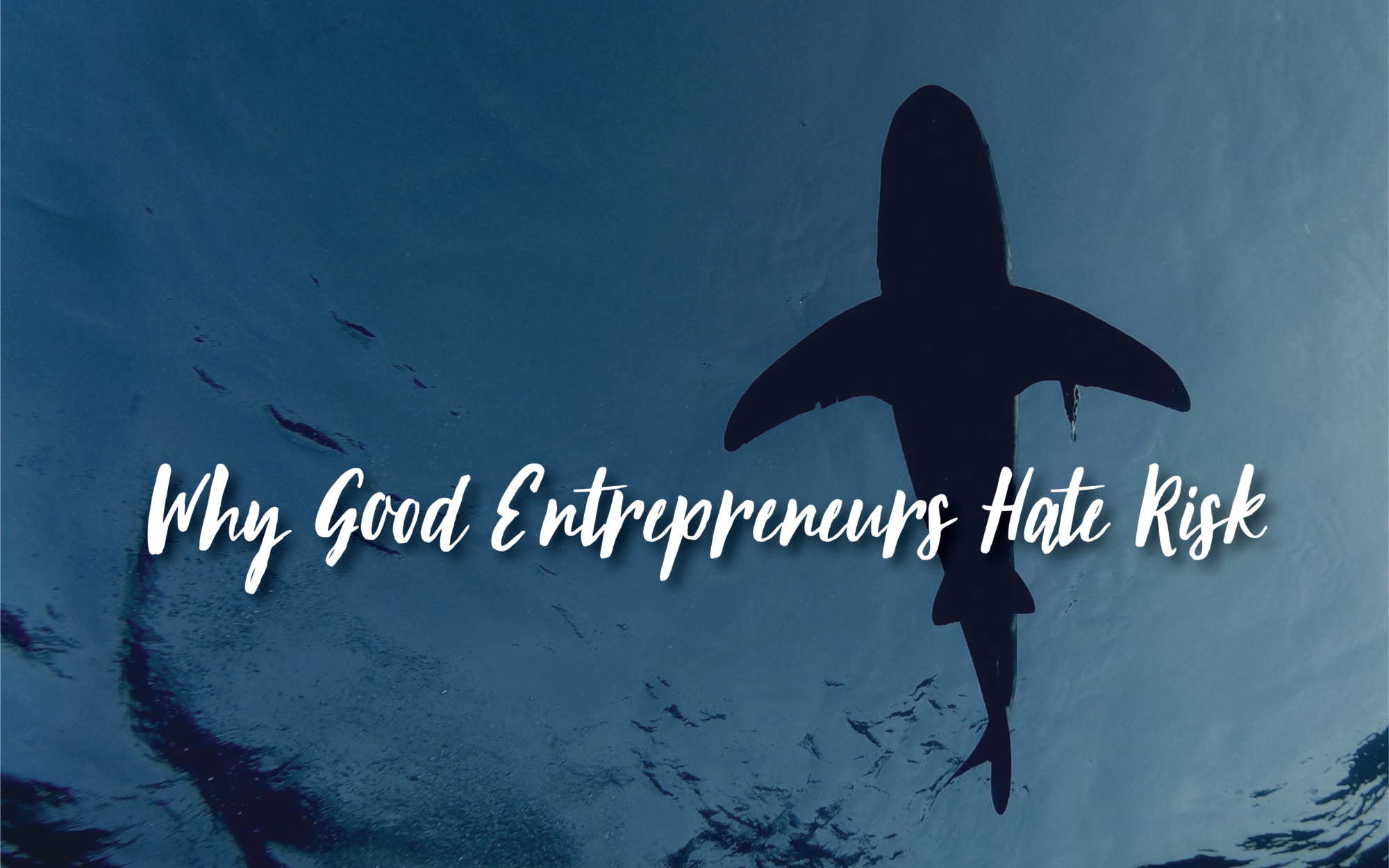 The Wall Between Comfort and Success

Every now and then one of my guests just straight-up says something that startles me so much I miss a beat. On this episode of “Aim Higher” my guest, James Altucher, said that despite the myths and stereotypes, good entrepreneurs actually hate risk. If I’d been drinking water at that moment, I think I would have spit it out.

Aren’t we taught that entrepreneurship is all about risk?

High-flying, danger-seeking, fearless adventurers taking the plunge into new markets or going boldly into new categories of products or laying it all on the line with new, untested technology?

“Risk is the wall between the comfort zone and success.” – James Altucher

Nope. According to James, good entrepreneurs remove as much risk as possible up front. They take small, calculated risks at first. For example, you might make sure you have a client lined up before you launch a new service. Or have sponsors ready to join you when starting a conference or show. He talked about his own experience starting a podcast, a show that is now wildly popular. He started out by just reading into his iPhone mic and uploading it to a $20-a-month service. Then inviting friends on to share thoughts. Then he got a couple sponsors. A little risk here, a little there.

“You must do the thing you think you cannot do.” – Eleanor Roosevelt

James calls risk “the wall between comfort and success.”

From the outside, to someone who looked at the end result of his podcast success, it would seem that he leaped over that wall in one giant jump. But he provided a great reminder that, no, we don’t need to do that. We can take small steps. We can also diversify risks, as he’s done, by trying lots of things. James has been a stock trader, investor, writer, and entrepreneur. He’s worked for Showtime and HBO and newspapers. He owns a comedy club, and he’s been a stand-up comedian himself. He’s a chess master. Paraphrasing Malcolm Gladwell’s idea of working 10,000 hours to become an expert, James talks about doing 10,000 experiments.

And experiments are activities where, by definition, there’s no failure because you go in to discover the result, not to reach a desired outcome. Although I think writing The Book of Mistakes about 10,000 experiments instead of nine mistakes would probably have been a terrifying experiment.

The other part of our conversation that was extremely meaningful to me was about “difficult gratitude problems.” The idea that being grateful for “easy” blessings is, well… easy. I encourage you to listen to the episode and hear what he has to say about this subject. It’s a really interesting and powerful method for thinking about our lives that can transform almost any circumstance.

Click to listen to Aim Higher on Apple Podcasts.

“Focus on what you love doing, and make sure the idea is sustainable.” – James Altucher

About the Episode: James Altucher is a stock trader, investor, writer, and entrepreneur. He’s worked for Showtime and HBO and newspapers. He owns a comedy club, and he’s been a stand-up comedian himself. He’s a chess master. What’s the one thing that ties it all together? James says, “I focus on what I love doing, and make sure the idea is sustainable.” That’s it. And to do that, he told me that he takes many small, survivable risks. He describes risks as “the wall between the comfort zone and success.” Risk feels uncomfortable, he told me, because we can sense that there are failures on the other side of that wall. But that’s why success is there, too—because it’s not a crowded place. I’m grateful for having had such a wide-ranging conversation with James. In fact, we discussed gratitude and how we need to set ourselves “difficult gratitude problems” in order to build a capacity for more gratitude. James has a unique, powerful and always helpful view on leadership and life. Listen in. You won’t be disappointed.

“Success is the result of consistently and purposely doing the uncomfortable.” – Skip Prichard