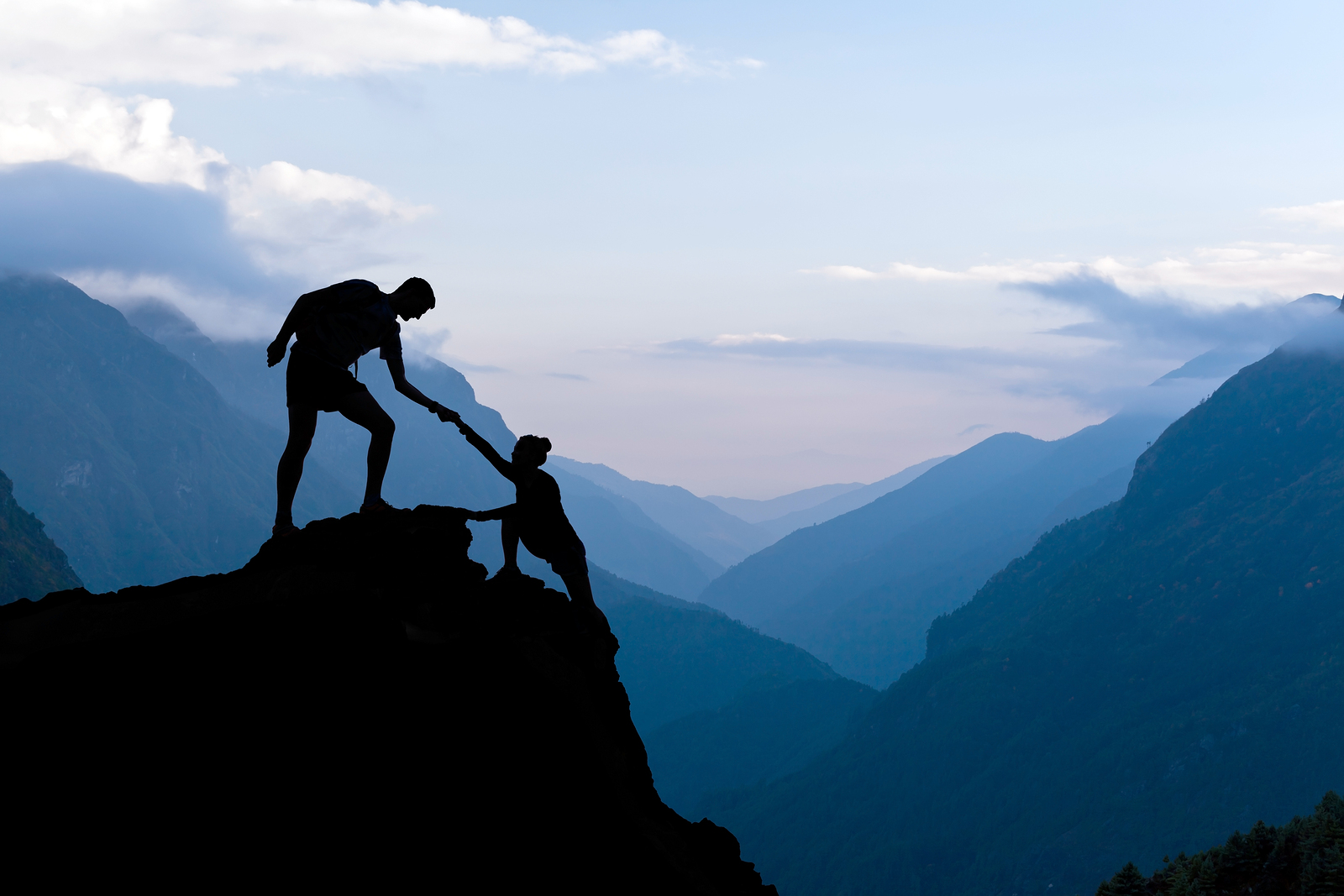 Who Are You Serving?

That’s the question on the back cover of James Strock’s new book Serve to Lead: 21st Century Leaders Manual. It’s the first of four questions posed by the author. Serve to Lead is filled with principles that inspire us to the highest level of leadership. It’s an essential leadership guide for anyone aspiring to take their game to a higher-level. As someone who writes and speaks about servant leadership, I found it a compelling read.

James Strock is an author and leadership speaker, an entrepreneur, and a reformer. I recently asked him to share his perspective on the changing nature of leadership.

“Life’s most persistent and urgent question is, What are you doing for others?” -Martin Luther King, Jr.

What has changed in the field of leadership for the 21st Century?

Our lives and work are undergoing extensive, high-velocity change. It’s inevitable that leadership—which is about relationships and relates to all parts of our world—would be transformed.

Among the most significant changes is the breakdown of longstanding barriers that defined leadership. For example, individuals holding high positions of power traditionally tended to be distant from the those they served. Today, anyone can find a way to communicate with almost anyone else through new technologies. Such individuals no longer have the zones of privacy that separated their personal and professional lives. Elective politicians have been experiencing this new world for some time. Corporate and NGO officials are now liable to be held to account in the same way.

The new trends are part of a transformational change wrought by digital technology. In the 20th Century interactions were generally transactional. Now, by contrast, we’re in a web of relationships. Those relationships can be established or defined by individuals rather than by large public and private institutions.

The ongoing empowerment of individuals and previously isolated or marginalized groups through new technology has accelerated the longstanding trend toward leadership exerted through influence rather than domination or dictation. That doesn’t mean that the world has magically become a utopian paradise or democracy. It does mean that leadership roles are subject to greater accountability, and the tools of workaday management and service are in transition.

What are the unique challenges of our day that impact leadership?

A unique, unprecedented challenge of 21st-Century leadership is involuntary transparency. Traditional notions of separate work and personal lives are being upended. Presidential candidates are pursued 24/7 by stalkers with video cameras. They lay in wait for a moment of anger, a moment of exhaustion, or a moment of pique. Then they pounce! Skilled propagandists will utilize such human moments to convey a negative narrative that appears more credible through a captured moment that may have no actual relevance.

Those who would lead are being curtailed in their capacity to craft a narrative. One can see advantages when this exposes relevant hypocrisy. Yet there are also costs. It can surely inflame the mistrust and cynicism that is afflicting the populace. It can also prompt people to turn away from positional leadership roles.

How involuntary transparency will be negotiated with expectations of privacy is one of the great questions of evolving 21st-Century leadership.

You argue that everyone can lead, and I agree, but many argue with this point. How did you come to this conclusion? How can everyone lead?

Many people associate “leadership” with high positions. Thus, presidents and cabinet members and legislators, along with CEOs and other prominent business executives, are routinely called “leaders.” In fact, such individuals may or may not be leaders in any meaningful sense.

Serve to Lead proposes the following definition: “Twenty-first-century leaders inspire others to alter their thoughts and actions, in alignment with an empowering vision.”

“Twenty-first-century leaders inspire others to alter their thoughts and actions, in alignment with an empowering vision.” -James Strock

It is in this sense that one can declare, “Everybody can lead—because everyone can serve.” New technologies provide individuals with capacities to serve that are truly unprecedented.

A compelling exemplar of the new world of leadership is Malala Yousafzai, whose photo is next to the title page of Serve to Lead. Her example of heroism against Islamic terror inspires the entire world. The same courage and fortitude would not have had the same results in a prior era, when her story would never have emerged into global consciousness.

“When your ultimate concern is those you’re serving, your vantage point necessarily is from the outside-in, not the inside-out.” -James Strock

You spend a great deal of space in the book on communication. Name a few leaders who were exceptional communicators and why.

Communication has always been central to leadership. Many of the greatest leaders have been great communicators: Lincoln, Wilson, the Roosevelts, Kennedy, King… and countless others.

Today this phenomenon is, if anything, even more pronounced. As leadership becomes more and more relational, rather than transactional, there are heightened expectations and opportunities for communication.

Importantly, the necessity for effective communication reaches far beyond high positional leaders. For example, sergeants on duty in a faraway place may be scrutinized by journalists or subject to cellphone recordings from civilians. How they handle the situation could affect the safety of the soldiers and others within their immediate responsibility. It might also have consequences far beyond if their actions or explanations become matters of concern to policy makers.

One constant throughout history is that the most consequential leaders not only communicated skillfully through the media at their disposal, they also came to personify their vision. At the summit of influence, their every action, gesture or word moves into service of their greater cause. This is at once an extraordinary accomplishment, opportunity and burden. It requires a unity of life and work, of thought and action, an overarching integrity.

It can unleash greater powers in oneself and others than one might have previously imagined. It can result in a comprehensive transcendence of the self, and a relinquishment of the illusion of control over one’s fate.

“Sometimes it is not enough to do our best; we must do what’s required.” -Winston Churchill

You’ve also authored two books on former presidents. Open a window for us into these worlds. What one nugget or teaser can you share about each?

I have written books about the leadership of Theodore Roosevelt and Ronald Reagan. I’ve also written extensively about other American presidents and some of their international counterparts, most notably Winston Churchill.

TR established many of the customs and expectations of presidential leadership, indeed of leadership generally. Though a person born into the highest stratum of socio-economic privilege, he was a self-created figure. He “made” his body, then his mind, then his spirit. TR set to make his life an example that individual Americans could emulate. This advanced his notion of national strength through national “character” built on the foundation of a virtuous people. 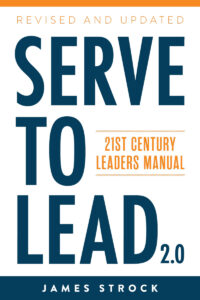 Though Roosevelt was born in 1858, people today somehow feel that he could walk onto the stage today, and he would know exactly how to cure what ails us. We can’t know, of course, what TR would think about things today—though a lot of the challenges of the early 21st Century have echoes in the early 20th Century.

One thing is certain: TR viewed himself as providing a legacy of leadership. In this he was surely right.

Ronald Reagan, like his great role model Franklin Roosevelt, has moved into the pantheon of consequential political leaders, recognized by all sides of the political spectrum. He offers many lessons in executive management, communication entrepreneurship, resilience and character. While all presidents must have counted as actors in some sense, Reagan was the first professional actor to become president. This has numerous implications. Curiously, there is much less commentary than one might have anticipated about Donald Trump being the second professional actor in the White House.

Reagan and Roosevelt also have relevant lessons about leadership amid technological change, and how a chief executive can transform the culture of massive institutions, as well as change the weather altogether of public sentiment.

They were happy warriors, who brought joy into combat. It was a delight as well as an honor to be able to dedicate so much time and energy to comprehending and conveying their contributions. Their lessons have applications into many, many circumstances.

Would you share the interrelationship between happiness and service?

Serve to Lead argues that service to others is the foundation for happiness. This refers not to shallow notions of happiness, such as being amused or experiencing fleeting pleasure. It relates to the deeper happiness that can come from serenity, from a clear conscience and open mind as implicated in meaningful service and sacrifice.

The book includes numerous examples of this thinking and of lives that have been intelligently dedicated to it.

“Whoever wants to become great among you must be your servant.” -Mark 10:43

What’s new about this updated version of the book?

I think of the new edition of Serve to Lead as akin to a new version of an automobile or updated software. The underlying idea and theme and design remain intact, while the expression is updated by cumulative new information, experiences and perspectives.

The fundamental of the book’s message remains the same. It presents a system based on the experience of many consequential leaders and thinkers over time. There are numerous changes throughout, reflecting what I’ve heard from readers and from listeners and questioners at my speeches. It’s also been redesigned in presentation, to make it even easier for readers to use on an ongoing basis.

I greatly appreciate hearing from readers. And, as I continue to learn from them, I will continue to improve future editions. After all, if I weren’t striving to continually learn and improve, who would I be serving?