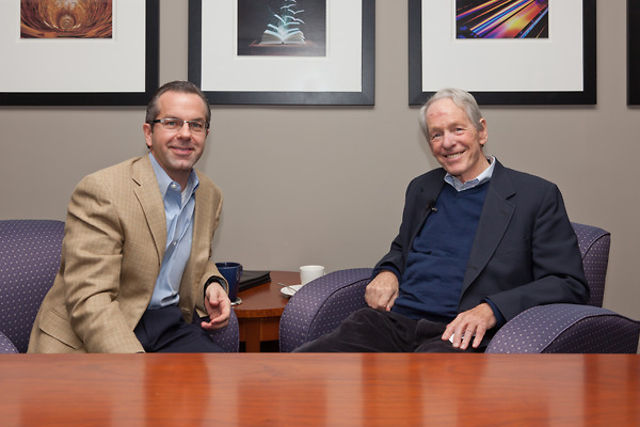 Catherine the Great was by any definition a political success story.  Baptized Sophia Augusta Frederica, she rose from a young German girl to later take the name of Catherine II and become the most powerful woman in the world.  Moving to Russia at just fourteen years old, with no knowledge of the language and no hereditary claim to the throne, she later ascended to power in a coup.  The people of Russia loved her and she became one of the greatest benevolent despots ever known.

How she achieved such power is a fascinating study in leadership whether you agree with her methods or not.  Robert K. Massie now chronicles her extraordinary life in his new book, Catherine the Great.  Massie is a superlative author, historian and biographer.  He won the Pulitzer Prize for Peter the Great:  His Life and World.  His many books are loved for his ability to bring his characters to life.

What were some of the personal qualities serving Catherine’s goals?

Ambition.  Even from a young age, despite thinking that future husband Peter was somewhat boring, she realized what marrying him would do for her ambition.  Robert quotes Catherine as saying, “The title of Queen rang sweetly in my ears.”  Catherine had a sense of her own destiny.

Hard work.  She determined she would learn Russian, build alliances, and ingratiate herself with the Russian people.

Courage, Intelligence and Logic.  The medical scourge of the age was smallpox.  Catherine heard of the new inoculation treatments in England.  Dr. Thomas Dinsdale of Scotland was a pioneer.  In 1768, Catherine paid him to come to Russia and inoculate her and her son—and later her grandson.  By risking her dynasty, Catherine got the world’s attention.  By 1780, more than 20,000 Russians had been inoculated.  By 1800, more than 2 million Russians had been inoculated along with millions of other Europeans who followed her example.  For this one very public and courageous act, hundreds of thousands, perhaps millions, of people lived who would otherwise have died or been badly scarred by smallpox.

Last week I had the opportunity to talk with Robert Massie about Catherine the Great.  For anyone who loves biographies, history, or success stories, I highly recommend this captivating work.

Why the Little Things Matter