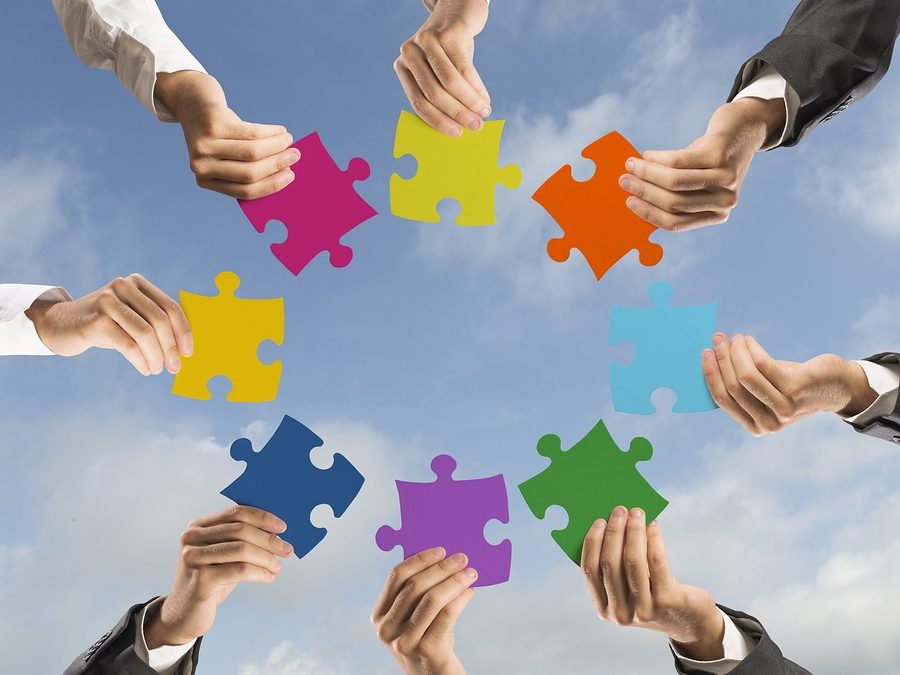 This is a guest post by J.D. “Dave” Power III,  Founder of J.D. Power and Associates. Dave is the subject of a new book  POWER: How J.D. Power III Became the Auto Industry’s Adviser, Confessor, and Eyewitness to History.

In 1982, Tom Peters and Bob Waterman profiled a number of successful companies in their book In Search of Excellence. One section profiled two companies that had done well by valuing employees: Hewlett Packard, founded in 1939, and Walmart, founded in 1962.

My company, J.D. Power and Associates, was more than a dozen years old by the time the book came out, but I remember thinking how similar my approach to managing people was to that of Sam Walton, Bill Hewlett, and Dave Packard. Like Walton, I called my employees “associates” — something I was so committed to that I included them in the company name alongside my own.  And like Hewlett and Packard, I saw the empowerment of individuals as the best way for the whole organization to achieve success.

The empowerment of individuals is the best way for the organization to achieve success. –JD Power

Peters and Waterman tracked down the sources of HP and Walmart’s management philosophies: Sam Walton had learned about working with people at J.C. Penney and modeled many of his company’s core values on that culture. For Hewlett and Packard, it was lessons learned by working with government offices and for other electronics companies that taught them what not to do.

For me, the foundation of my philosophy for how to treat people — central to my management style — came from observations of what to do and not to do, and those observations started early.

I have always been a student of why people behave the way they do. This goes back to my family, my dad and his explanations to me, and to school. I think I learned a lot in grade school and college about why people do what they do and to have a respect for what they’re doing.

My father, a high school English teacher, was always giving me advice that proved invaluable in running a company. The path he took in his life was the furthest thing from business, but he had a keen sense of the way the world worked and very intelligent insights about people. While I was still in school he told me, “When you’re in charge of people, don’t ask them to do anything you wouldn’t do yourself.”

My first opportunity to put this advice to use was in the Coast Guard.  As an officer stationed on an icebreaker, I was in a position to manage crewmembers from every state in the union and of different races and economic backgrounds.  Many of these men, working as enginemen or boatswains or in the officer mess deck, were just out of high school or were crusty career enlisted men with little patience for young officers.  I made it a point to treat them all with respect and, above all, to talk with and listen to them.  I felt that some other officers, especially the ring-knockers who had come out of the academy, relied far too much on the number of stripes they had to bolster their authority — and I also saw the pitfalls of doing so.  The officers who did not listen to the crew often found it difficult to achieve their goals.  And examples of this behavior went all the way to the top, to the captain in place when I began my first deployment.

This captain created conditions for the crew to misbehave and then came down hard on these young men when they took advantage of the opportunity.  But his gravest mistake, in my view, was an unwillingness to listen to the thoughts of the people who were subordinate to him.

Once, during a rainy transport of beer intended for the crew’s liberty, the cardboard cases disintegrated and hundreds of cans were suddenly loose.  The captain allowed the crewmembers tasked with the transport to each consume a single can of beer once the transport was complete — in full view of the rest of the crew and seemingly unaware of the likelihood that at least some of those crewmembers had stashed a few additional cans in their coats.  When two young enginemen were caught sneaking the beer, they were brought up to the captain’s quarters to receive their punishment.  As the officer on deck, I stood as witness.

When the crewmembers were dismissed the captain turned to me to answer for the men’s behavior.  I respectfully let him know that I felt it was the policies in place related to the transport that were at fault.  This enraged the captain; he was more interested in meting out punishment than discussing with a subordinate officer ways to improve the situation. 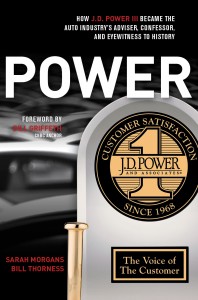 As an employee at Ford Motor Company, Marplan, and elsewhere, I had the opportunity to observe various management styles.  Where I saw subordinates treated with respect and sympathy, I saw organizations that accomplished what they set out to do. As I moved up through the ranks of these organizations, I always made it a point to interact with everyone, to get to know them, and to let them know I was willing to listen.  Everyone in the office I knew by name, and when I started my own company, I invited some of these same people to work with me.

At J.D. Power, it was not difficult to maintain an open-door policy with the employees.  I truly wanted to know what was on their minds.  And if there were any problems, I wanted them to feel able to confront me with them.  Often, at the end of the day, 5 o’clock would come along and I would walk around the building and talk to anyone that was still there working to find out what was going on.  I’d learn more after hours than I would during office hours.

Be Willing to Listen

I feel that being unwilling to listen to the grievances of your employees doesn’t get you much — as soon as you walk away and turn your back, employees may return to their work, but they’ll resent you, and you will have lost an opportunity for understanding what could improve your company.    The lack of hierarchy between me and every employee — from a survey coder to a project director — meant that there was no one stopping me from getting information from anyone in the organization.  I felt this was the only way to know within my organization if something was going wrong.

And things did go wrong, from time to time.  As much as we tried to determine before we hired a new employee — especially a top-level one — whether his or her capabilities and work style would be a good match for our company, there was no way to get around the fact that you often have to work with someone for a period of time before you get a true sense of how they operate.

Collaborate as One Team

We developed a culture that would reject people who tried to use their status to get things done.  But some people who joined the company did not understand this, and it would backfire on them.  I found that about 80 percent of the time, if things didn’t work out with an employee, it was not because of their qualifications or capabilities: It was either because they could not figure out how to work with people by collaborating as a team or because they had a personal problem that proved to be too great a distraction from the work.

Eventually the person would leave, would take another job.  We had very few firings.  They would see that they were not making any headway and just leave for a company somewhere else because of a better opportunity.

Apart from this small group of employees who were not a good fit for our corporate culture, I feel I enjoyed a tremendously open relationship with the people at J.D. Power, and I was the beneficiary of their dedicated hard work and fierce loyalty.

I believe this loyalty came not only from my willingness to talk and to listen, but also from my desire to empower employees at every opportunity.  My policy was that if you came up with an idea, you owned it.  People would come to me with a new idea for a study or a spin-off of a study and I would say, “Well, let’s put together a project and do a test on it, and it’s your responsibility to make it happen,” and I would leave them to it.

Many times, their ideas worked out, expanding our company’s reach and influence.  When they didn’t work out, my only thought was, “Is there a better way to do it?”  That way, people were not afraid to innovate.  They knew that my goal was to provide the very best information to our clients so our clients, in turn, could serve their customers the very best they could.  In this way, fostering a culture that included a strong sense of altruism — that our mission was to do what was right for the client and the client’s customers — made managing employees far easier than it would have been if I only cared about the bottom line.

J.D. Power and Associates was founded as a family business, and I think that, to a large extent, we succeeded because people felt they were a part of that family.  It wasn’t just the company picnics or softball games: it was the fact that people were listened to, were cared about. In looking back, I think I made it my goal to provide that kind of environment.

6 Steps to Building a Powerhouse Organization

How Introverts Can Be Great Leaders