This is Day One: Leadership That Matters 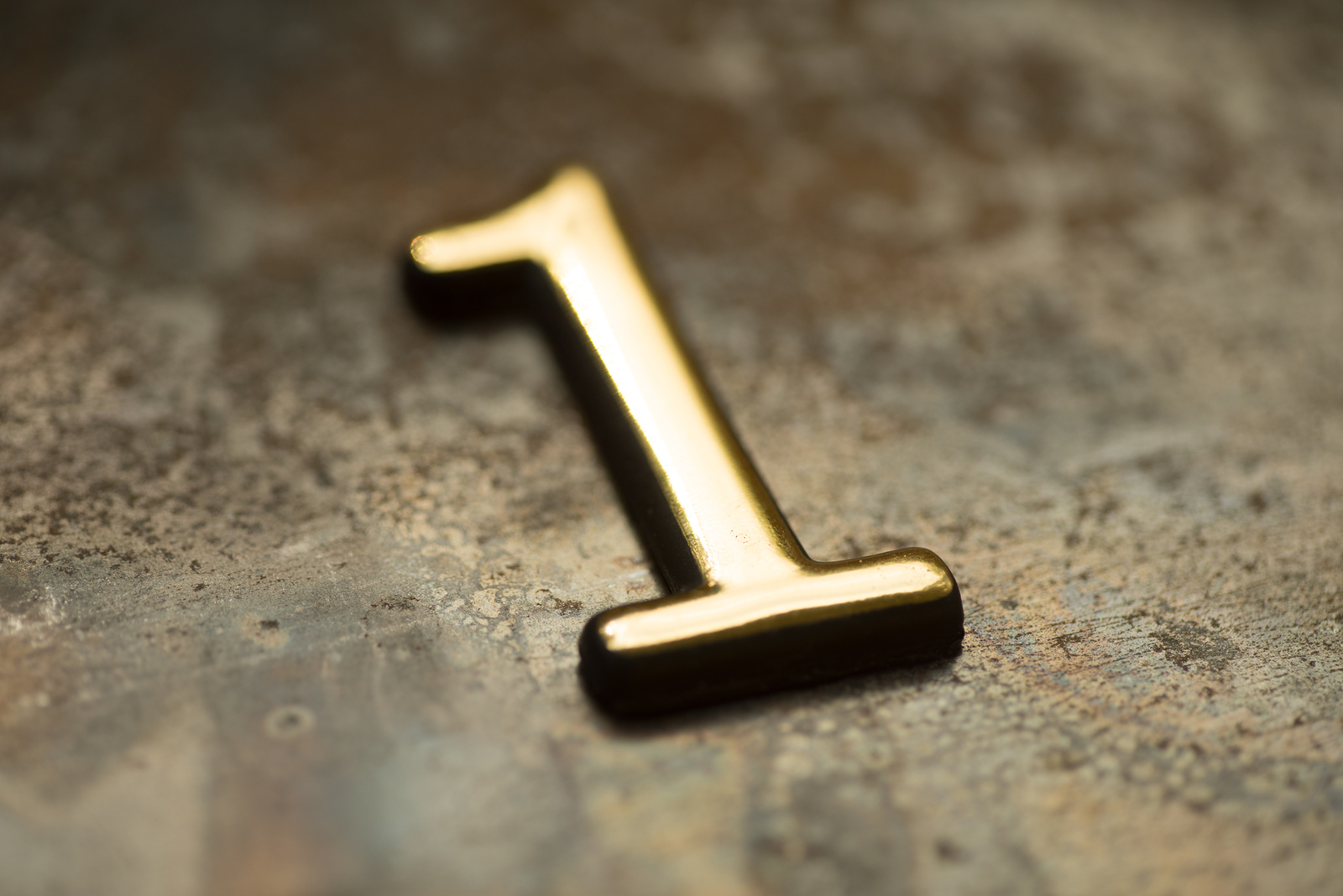 Leadership educator Drew Dudley has spent the last 15 years teaching a more inclusive concept of leadership. His approach has resonated: his TEDx talk Everyday Leadership (The Lollipop Moment) was voted one of the 15 most inspirational TED talks of all time. His first book This is Day One: A Practical Guide to Leadership that Matters is a Wall Street Journal bestseller. I recently spoke with Drew about his work.

Why is it that so many people fail to recognize themselves as leaders?

We’re educated out of our leadership at an early age. The examples you’re given to illustrate a concept shape how you come to perceive it for the rest of your life, and the leadership examples we’re given as kids are usually giants: presidents, scientific groundbreakers, people who conquered empires. As those archetypes are reinforced through media and cultural institutions, we come to see leaders as looking a certain way, sounding a certain way, and having a certain level of profile and influence, and we don’t look for leadership from anyone who doesn’t fit that profile. Most people don’t see themselves as fitting that mold and regularly dismiss moments of impact, generosity, empowerment, courage, growth, etc. as “little things” rather than moments of leadership. How is a moment that causes someone to walk away from you feeling empowered not a moment of leadership? Someone is better off because of you and is likely to pass that along to others. Let’s face it however, because it impacts one person and not hundreds or more, those moments are rarely celebrated as leadership. That type of behavior isn’t how we’re introduced to leadership – it is presented after the giants, and as such is perceived as a somehow “lesser” form.

“You can’t add value to the lives of anyone else until you’ve added enough value to your own.” -Drew Dudley

Leadership is a Daily Practice

You make it clear that it’s a daily behavior, a daily practice. Why and how did this become a focal point for your leadership teaching?

Presenting leadership as a daily choice makes it far more accessible. I started working with university students—passionate, driven young people who fought for social justice, organized to provide support to their fellow students, volunteered hundreds of hours within their communities, and raised tens of thousands of dollars for charities. However, the vast majority of them didn’t see themselves as leaders. In fact, their perception of themselves was best encapsulated by one student who responded to the question “Why do you matter?” with “Well…I don’t yet. That’s why I’m working so hard.”

As I continued with my work, I found that people of all ages had subconsciously adopted the perspective, “I don’t matter yet, that’s why I’m working so hard.” When leadership is determined by titles and what you have done rather than about behaviors and what you are doing each day, people look at what they haven’t accomplished as evidence they don’t deserve to call themselves leaders.

However, perceiving leadership as a daily choice rather than accolades and influence gained over time reminds us that each and every one of us awakes every morning having done nothing that day to earn the title of leader, and we have the opportunity and obligation to act in ways that impact people and organizations positively. You may have spent 10 years acting in ways that made you the CEO, but on any given day the individual who sweeps the floors in your building could actually engage in more impactful behaviors than you do. On that day, they were a bigger leader than you were. It’s a perspective that keeps you from getting complacent because of what you have done.

Why is it so important to develop a personal leadership philosophy? 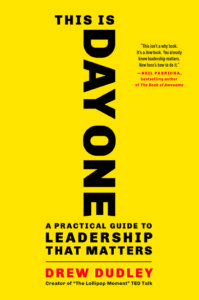 A personal leadership philosophy brings consistency and clarity to your decision making. It’s a set of beliefs and principles you use to evaluate information and respond to people and situations. Developing an effective one allows anyone who hears it to gain an understanding of your values, priorities, approach to decision making, and what you expect from yourself and others.

For instance, I repeat mine so often that people who work with me roll their eyes when they hear it:

When you don’t know what to do in a situation, ask yourself “What would the person who I want to be do in this situation?” Then do that.

I actually have it tattooed on my left arm. People may roll their eyes when I reference it again and again, but they know how I’m going to make decisions. They may disagree with them, but they can respect that I’m consistent in how I’m going to do it, and they know what kind of decisions I expect from them.

“When you don’t know what to do in a situation, ask yourself, ‘What would the person I want to be do in this situation?’ Then do that.” -Drew Dudley

Let’s talk about your core leadership values: impact, courage, growth, empowerment, and self-respect. How are they interconnected? Is there one that more leaders struggle with than another?

The biggest connection between those six values is that they are designed to drive daily leadership behaviors that are customized to my life and values. While clearly living these values is going to improve anyone’s life and leadership, a key aspect of the Day One approach is that it’s designed to help people identify and live their personal values. Leadership is closing the gap between the leader you want to be and how you are actually behaving each day, and because the nature of that gap is different for everyone, closing it isn’t a one-size-fits-all approach.

These “Big Six” (as I call them in the book) are presented as an example of how values should be identified and embedded, but the book’s real purpose is to help you identify your “Big Six” and start to live them the same way I aim to live mine.

Looking at these six, however, it’s self-respect people struggle with the most. Unfortunately, we’ve turned leadership into martyrdom: you have to prove that you deserve the title by working longer hours and sacrificing sleep, your health, and your relationships. However, the greatest leaders recognize an essential truth: you cannot add value to anyone else’s life until you’ve added enough value to your own. When you’re empty, you have nothing to give, and you actually pull energy and passion from others.

What are some of the common mistakes people make that derail them on their leadership journey?

They fail to clearly identify the criteria they are going to use for decision making. That’s why a huge focus of the book is helping people identify and define their core leadership values: values are what leaders use to make decisions. Once you identify and define you values, making decisions involves a single step: holding up your options next to your list of values and asking, “Which one of these options is most consistent with these values?” The challenge is that the option most consistent with your values often sucks. It’s not the option that allows you to avoid punishments, look good, keep the money, stay in the job, or remain in the relationship, but it is the decision you’re going to be happiest you made five years from now.

If you haven’t taken the time to identify and clearly define your core values, what criteria have you been using to make decisions your whole life? For most of us, it’s this: “What course of action will avoid the most consequences right now?” That criterion leads to inconsistent decisions made for the wrong reasons.

Your Tedx talk took off, to say the least. Why do you think that is?

I think my TEDx talk took off because it’s a story, and the story is the basic unit of human understanding. When you tell a story onstage, you actually want people to start thinking about their own stories as they listen to yours. In the case of that TEDx talk, I wanted to get people thinking about unrecognized leadership in their life and illustrate that the only reason it was going unrecognized is we were choosing to define leadership too narrowly.

The talk wasn’t about theory. “Theory” is the word you add to interesting things to make them boring. The talk was about something you could do right now to matter in this world. I think that’s appealing to people.

“Leadership is the daily triumph of values over vanity.” -Drew Dudley

A fitting last question perhaps also starts at the beginning. Talk to us a little about lollipop moments. 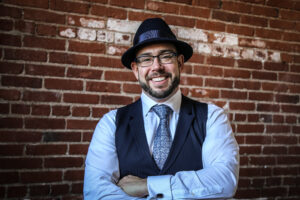 A lollipop moment is created when unrecognized leadership is recognized.

The term comes from my that TEDx talk, but the key idea is this: most of the leadership on the planet comes from people who don’t see themselves as leaders, and most leadership moments aren’t recognized by the people who create them. Lollipop moments are created by recognizing the world’s most abundant type of leader: people who do their jobs and live their lives in a way that impacts others positively. Those in this group often feel the jobs they do and the positions they hold don’t qualify for the title of leader. You may be one of   them. When you do your job and live your life in a way that impacts others positively, you’re a leader—whether your job is commanding an aircraft carrier or getting someone’s child home safely after school. Many people don’t believe that, so we need to tell them. When we do that, we’re living leadership ourselves.

What Makes An Effective Apology

5 Ways to Transform the Rules of Brand Legacy Building