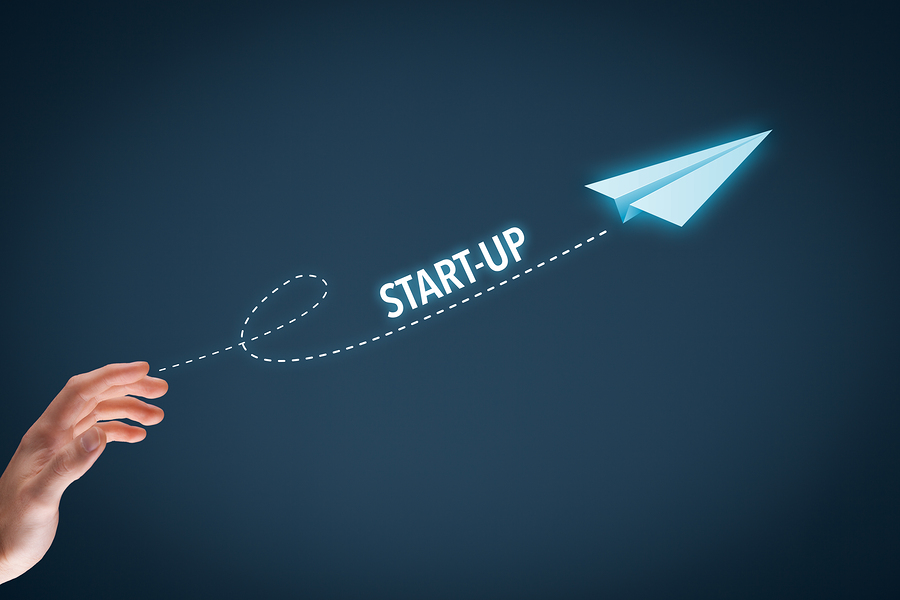 Many of us love to read stories of the beginnings of Apple or Facebook. We imagine what those early days were like and what it would be like to be a part of a small startup that skyrockets to success.

But, of course, statistically most startups fail. Studies show 90% fail in the first two years.

Why do so many startups fail?

What can the successful ones teach us?

Is there a blueprint for startup success?

Tom Hogan and Carol Broadbent founded Crowded Ocean, Silicon Valley’s top marketing firm for startups. They have years of experience working with some of the Valley’s most successful firms. Their new book, The Ultimate Start-Up Guide: Marketing Lessons, War Stories, and Hard-Won Advice from Leading Venture Capitalists and Angel Investors, is packed with the wisdom of their experience working with numerous startups. I recently spoke with them about what makes a successful venture.

“Start-ups fail because of lack of execution.” -Charles Beeler

Everyone reads about how many startups fail. What are a few of the reasons?

Dog design. According to a recent study of 101 failed startups, 42% cited ‘no market need’ as the reason they failed. In other words, they created their product ‘because they could,’ not because of any perceived market need. 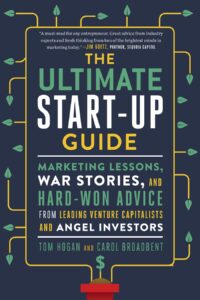 Running out of money.  Obvious but it happens more often than you’d think. Because of parsimony (giving away as little of the company as possible) or optimism (I’ve never missed a deadline in my life), first-time CEOs work from budgets and schedules that assume that everything will go right. It usually doesn’t—and so the founders fold shop.

‘Camel Design.’  If a camel is a horse designed by a committee, a camel product is one where the founders listened to too many people, didn’t trust their initial instincts, and built a product that is a little of everything and compelling to no one.

A single, dictatorial founder. It’s one thing to have a strong vision. It’s another to refuse to tolerate questions or input about that vision, especially when that input comes not just from employees but from the market. One way to track how much of a martinet you’re being is by tracking employee retention:  this may be your first rodeo as CEO, but most startup employees are on their third or fourth.

How can past failures translate to a positive experience?

It all starts with humility and honesty. Virtually every team has one or more scars from failed past ventures. The key is to admit it to other key team members and then use the lessons learned to avoid making the same mistake a second time. The other element is pattern recognition:  If you can use your past failures to recognize a mistake in its early stages (say, a bad hire), you can take corrective action before the mistake takes root and does damage.

“Less is more. If you think you have focus, focus some more.” -Jishnu Bhattacharjee

Why Diversity is Important

I love this. Many people think diversity is for more mature businesses, yet you argue otherwise. Why is diversity important for startups?

Diversity of multiple types is healthy and invigorating for startups, not only to build a strong culture but to build better businesses. All the survey data shows that diverse teams make better decisions and improve profitability. So, just like startups benefit by being able to start fresh at the whiteboard to design a better product or service, we believe startups should try to build in diversity from their founding. We encourage startup founders to focus not only on gender and ethnic diversity, but also to consider hiring staff who bring both big-company and small-company backgrounds and to consider embracing the oddballs and misfits who represent “disruptive” thinkers. When tech titans like Apple, Google, and Salesforce have heads of HR and cross-functional teams chartered to lead diversity initiatives, you know diversity is a big deal, not just because it’s the right thing to do but because it translates into better businesses.

“You never really know what the market really is until you go to market.” -Pete Sonsini

What is post-launch depression? How do you guard against it?

We stress the importance of a strong launch with all our customers. (Your grandmother was right; you only get one shot at a first impression.) But we also have to work hard in every case to avoid what we call ‘post-launch depression.’

Part of it is psychological:  Everyone tees up for the launch, emotionally and resource-wise.  The startup team is up until all hours working on content for the website; the PR firm is spinning its magic in terms of briefings, and sales is pulling strings to make sure critical customer references stay referenceable.

The other part is financial:  A launch takes a large bite out of the budget.  So when the launch is ‘done,’ the temptation for startup teams is to sit back and reap the harvest of all their hard work.

The problem is that the launch is part of a marketing continuum, not a finish line.  What is needed post-launch (and this is often hard for startups to accept, given all they’ve invested in the launch) is often more spending.  You need to keep the PR engine going, while your website is going to need new content, offers, contests, etc. to keep your prospects engaged.

Luckily, most investors know all of this, so they’ll either advise clients to ‘spend more in marketing,’ or at least they won’t kick back if the client comes to them with an expanded post-launch budget. 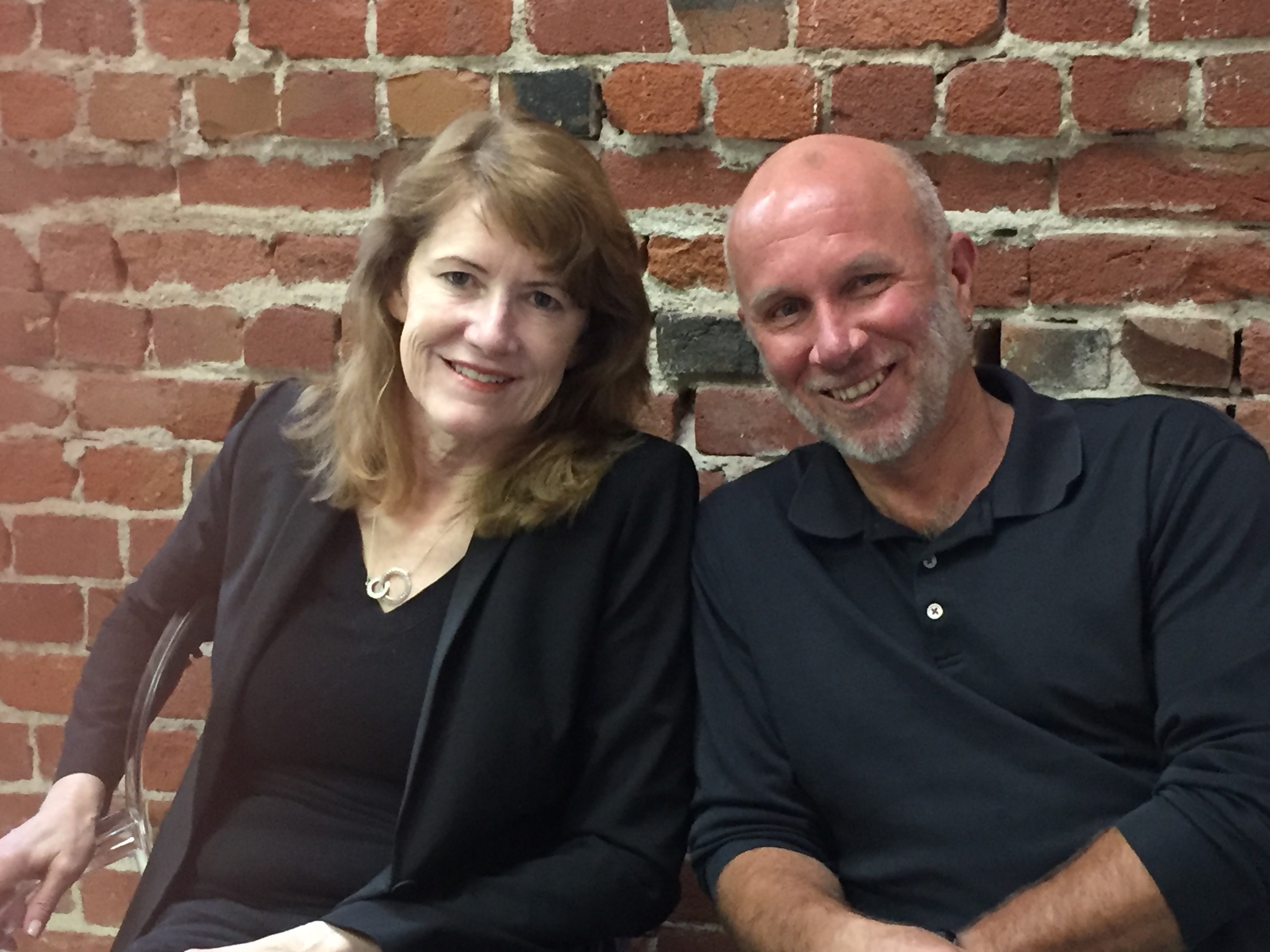 What are the most common team-building mistakes entrepreneurs make?

The first is that they hire friends or past associates. There is some logic in this, but most CEOs haven’t managed people before, much less people they know. The second is that they believe that a ‘virtual’ or geographically dispersed team can function as well as if they were in the same location. They can’t and they don’t. The third is, they hire out of sequence. Their favorite quality assurance manager is suddenly available, and even though the req is for another developer, they go with the QA manager to get her into the company. Problem is, there isn’t a product to QA yet, and she feels out of place and leaves. And they miss out on the developer they were going to hire in the first place.

What do you find yourself repeating most as you work from team to team?

The first is CEOs who either don’t know what they don’t know (which is rare because they’re smart) or won’t admit it (more common). It’s important to remember that most first-time CEOs are technologists and are in over their heads when it comes to launching a company (focus on marketing) and going to market (early sales). Getting them to ask for help is a delicate and difficult process, and sometimes it takes a lousy launch to give them some humility.

The second is the obvious one in dealing with techies:  They think their technology is so compelling that, with just a little explanation, it will sell itself. They never really connect with their target markets, don’t listen to early sales input, and then are stunned when early sales stall.

You have included so many lessons and stories in your new book. As you look back, is there one, of all the incredible startups you worked on, that stands out more than the others?

One of our more satisfying client engagements was Snowflake Computing, a startup that we launched in October 2014.  The founders were a team of experts in database architecture and data query optimization technology who came together with a vision to reinvent the data warehouse, an essential component of enterprise IT infrastructure that historically has been premise-based. They took it to the cloud in a unique and compelling manner. It was a classic story of industry veterans starting, quite literally, with a whiteboard to reimagine a better way. The team brought deep knowledge of a market that was dominated by industry stalwarts like Oracle and seized upon the fundamental opportunity to bring modern IT technologies, like the cloud, to a stodgy, entrenched market. It was great fun to work with the founding team, and their board, to challenge the status quo with a new approach.