The 7 Most Crucial Words JFK Used About His Moonshot 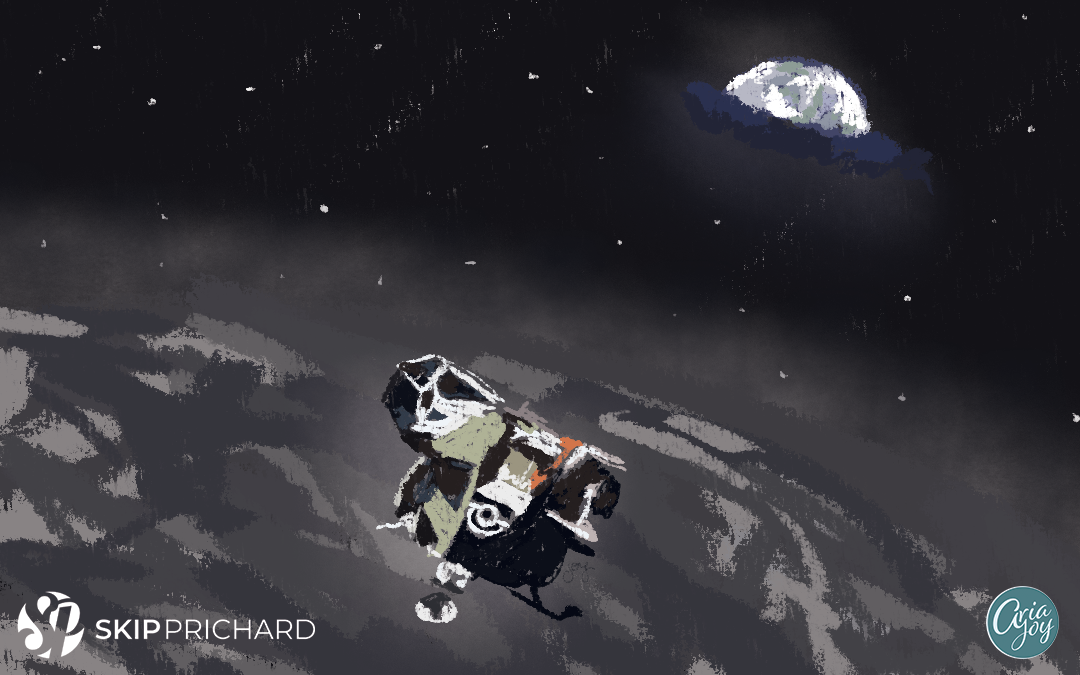 Most of us know the famous words. The boldness of a moonshot, the inspirational speech that rallied a country to a cause.

If you are a student of history, or even of persuasion, the words echo down through the years as some of the most memorable and impactful of all time.

Perhaps the seven words that are often remembered are: “We choose to go to the Moon.”  Those seven words seemed quite the bold dream when President John F. Kennedy uttered them to an audience in Houston.

In July 1969 that dream would be realized. Sadly, of course, J.F.K. wasn’t alive to see it happen.

But those seven words, to me, are not the most important of his inspiring talks about his moonshot.

When he addressed a joint session of Congress, in May of 1961, President Kennedy put it this way:

“I believe that this Nation should commit itself to achieving the goal, before this decade is out, of landing a man on the moon and returning him safely to the earth.”

It was classic goal-setting: specific, measurable, attainable, relevant, and time-based. Leaders everywhere take note of how he did it, complete with vision and emotion. It was genius.

“I know the sky is not the limit, because there are footprints on the Moon-and I made some of them!” -Buzz Aldrin

Kennedy was setting a vision and building momentum.

What are the seven words?

I say that the most crucial words are “and returning him safely to the earth.”

And so, the real goal wasn’t realized by reaching the moon. That was only part-one. Think it doesn’t matter? It mattered to the astronauts, their families and an anxious nation.

44 hours after leaving the moon’s orbit, re-entry began. Finally, Apollo 11 slipped back into the Earth’s atmosphere and dipped into the Pacific Ocean.

Only then were John F. Kennedy’s words fulfilled.

Getting to the moon wasn’t enough. Everyone needed to return safely to the earth. I don’t think we would have the same celebratory feelings of the moon landing if disaster had struck.

Real success is not always the big-media moment when everyone is watching. It’s often quiet, out of the spotlight’s glare, when others have tuned out and yet when the finish line is truly crossed.

It’s not signing contract-that’s the beginning. It is delivering results that make the customer a raving fan. It’s not launching the business that defines success. It’s not starting the diet, it’s changing your lifestyle that makes the difference.

“There can be no great accomplishment without risk.” -Neil Armstrong

Success is finishing what you start. It’s not just getting there but having the staying power to make it all the way through.

Success isn’t just about the show. It’s going on even when many have tuned out.

Success is watching both the big picture AND the little details.

Success is appreciating the beauty of the journey along the way.

Success is recognizing the whole team that is involved, not only those who are in the spotlight.

Success Tip: Stay in even when others tune out. Recognize the contributions of others. Finish what you start.

We remember the journey to the moon in 1969 because it taught us the power of dreams and the necessity of vision and persistence.

I hope that your dream, your own moonshot, inspires you not just to start, but to complete the mission.

“Exploration is wired into our brains. If we can’t see the horizon, we want to know what’s beyond.” -Buzz Aldrin

“We choose to go to the moon.” -John F. Kennedy

LISTEN TO THE PODCAST VERSION OF THIS POST BY CLICKING HERE.

You do not want to miss Skip’s new podcast, Aim Higher!