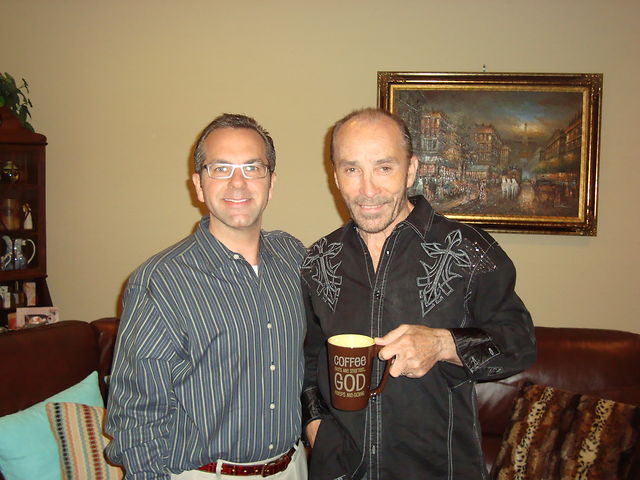 I’m Proud to Be An American

Even if you can’t recite the first verse, I’m certain that you know the chorus.

Read this and I’m sure your mind will start hearing the song.  Warning:  It may stay with you for the rest of the day.

Here are the first four lines of the chorus:

And I’m proud to be an American,

Where at least I know I’m free.

And I won’t forget the men who died,

Who gave that right to me.

For those of us in the United States, it’s one of the most powerful, patriotic songs ever.  Whatever your background and whatever your political party, you likely are swept by the emotion of the song and its sentiment.

It was written years ago by Lee Greenwood.  He has since sung that song all over the world.  For Presidents.  In stadiums.  On a plane’s intercom flying over the World Trade Center site.  In dangerous situations around the world.

It’s his signature song, and he proudly sings it each time as if it was the first time.

Lee Greenwood has won numerous awards for his music including:

Some of his many other hits include “Ring on Her Finger, Time on Her Hands,” “It Turns Me Inside Out,” “Somebody’s Gonna Love You,” “Holdin’ A Good Hand,” “I Don’t Mind the Thorns (If You’re the Rose)”, “She’s Lyin,” and “Dixie Road.”

My friend Tommy Quinn, known affectionately to all in Nashville simply as Uncle Tommy introduced my family to the Greenwoods some time ago.  Lee and his wife, Kimberly and their two sons, Dalton and Parker, are a remarkable family.  Recently, I sat down with Lee in my den to talk about his new book, Does God still bless the USA? A Plea for a Better America. 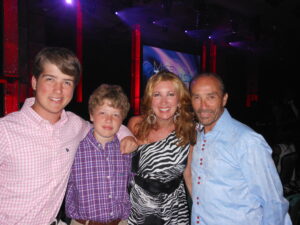 Lee’s book takes you with him as he sings his signature song all over the world.  Whether it was singing for President Reagan or President H. W. Bush or at the 9/11 Memorial Service, you get a sense of the power of this song.  In one of many interesting stories, he talks about a time his vehicle was under fire in Panama.  He was traveling on the personal request of President H. W. Bush when the Army jeep took fire and the bullet took off the index finger of the driver’s right hand.  I also asked him about the most memorable time he has ever had singing the song (hint: 5 U.S. Presidents were on the stage behind him).

Lee’s book raises many questions about our country including:

What happened to integrity?

Is America still the land of opportunity?

Does my vote count?

Where are the heroes?

Whether you agree with all of Lee’s points and arguments or not, you will definitely find yourself thinking about the issues facing the USA.