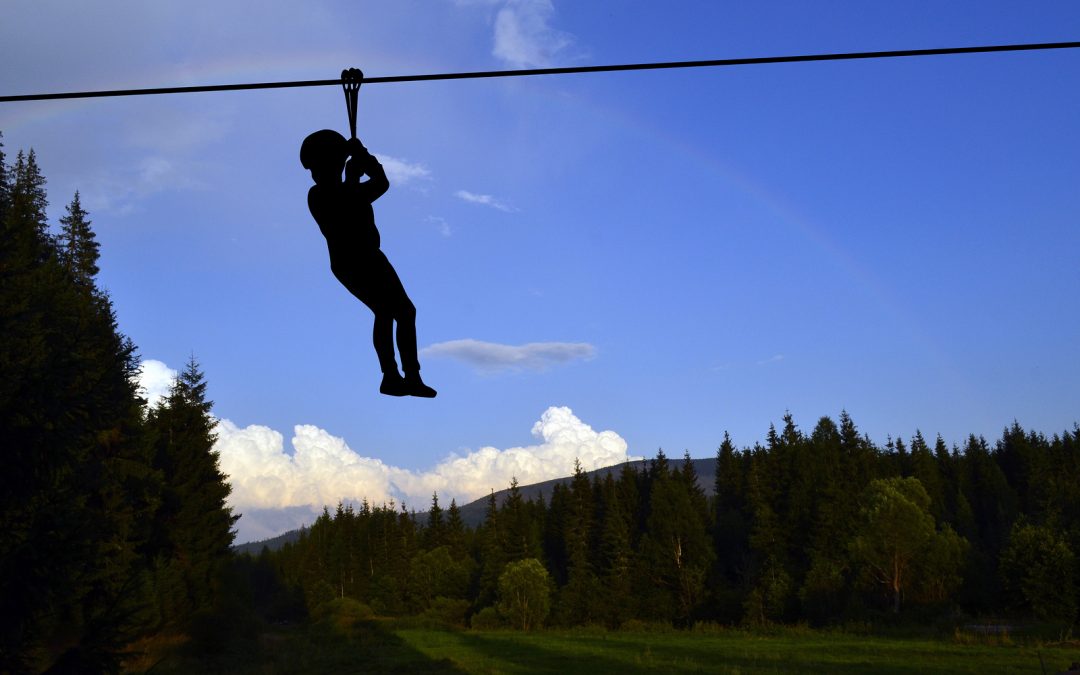 This is an excerpt. Reprinted with permission from the book, Outward Bound Lessons to Live a Life of Leadership by Mark Brown, Berrett-Koehler Publishers, Inc. 2019

“The best way to find yourself is to lose yourself in the service of others.” -Mahatma Gandhi

Arthur Blank, cofounder of The Home Depot, first got acquainted with Outward Bound in the early days of the company’s founding. Marjorie Buckley, who attended one of Outward Bound’s first girls’ courses in Minnesota and helped found the North Carolina Outward Bound School, was an early investor in Blank’s new endeavor, along with her husband. It was the Buckleys who came up with the name The Home Depot.1

Marjorie invited Arthur to the North Carolina Outward Bound School base camp near Table Rock Mountain in the Pisgah National Forest, and there he found a philosophy that aligned with his and his partner’s call to lead through service to others.

Arthur says, “Of all the organizations I’ve been connected to, Outward Bound has had the most significant impact on my life. How do we integrate that philosophy? To serve, to strive, and not to yield is very much a part of everything we do.”

After retiring, Arthur founded the AMB Group, which is best known for ownership of the Atlanta Falcons and the professional soccer team Atlanta United. In addition, the group manages guest ranches in Montana, PGA Tour Superstores, and the Arthur M. Blank Family Foundation.

“I’ll be 76 the end of this month. Bernie [the cofounder] will be 90. When you get to my age, you realize that one of the great things you can do in this world is be of service to others. Sometimes you can do it at work, sometimes with philanthropy. We’ve been able to couple it; we’ve been able to translate that [value] into all the existing businesses we have today: the football team, the soccer team, the golf business, our two guest ranches, our foundation. They are all built on the same principles of being of service to others.”

Regardless of the focus of the endeavor or the product or service of an organization, Expeditionary Leaders like Arthur know that they are ultimately responsible for the well-being of other people—those they lead, those they encounter—and for the web of relationships that flow from their center. It is an awesome and humbling responsibility.

“I’ve been blessed financially. It’s my opportunity and responsibility to make a difference in other people’s lives in every way that I can,” Arthur continued.

“A large part of my work now is the foundation, but [the “of service” atmosphere] is the essence of all of our businesses. It’s always about making people happy in their lives. We focus on fans for the football team and the soccer matches, guests at the ranches. We have to do other things correctly—we have to ride horses correctly, we have to sell food correctly. There are other fundamental skills that go with it, but the underlying essence is making sure people are happy. That’s being of service to them.”

I have an expression, “There is no finish line.” That connects with the Outward Bound notion of “not to yield.” -Arthur Blank

Modern engagement theory has identified a sense of purpose as being critical to people’s intrinsic motivation. Intrinsically motivated employees work harder, produce more, stay longer, and live healthier lives than those who are motivated through external circumstances. In fact, purpose has been cited by numerous business authors and researchers as an integral part of creating a successful organization.

Crafting purpose comes from a leader’s own value system. Expeditionary Leaders understand this and make it central to the focus of the organizations they lead. Outward Bound has lived in the space of deep, meaningful purpose for more than half a century.

Arthur Blank and Bernie Marcus were dialed in to this focus long before social scientists and authors put a name to it; they used this deep sense of purpose to build The Home Depot and revolutionize the entire home improvement industry. “One of the awards I am most proud of we received in 2000, the year I got ready to retire,” said Arthur.

In that year, Home Depot was ranked first in social responsibility by the Harris Interactive Survey. At the same time, company stock was up 45 percent for the year, earnings 48 percent, and sales climbed 47 percent.

It shows you can serve both masters. Many people believe that if you focus on making money, you can’t focus on doing good in the world. The truth of the matter is that we need to give work purpose beyond just financial. Doing good work and driving the right kind of behavior in business, like people serving others, can produce good financial results. It creates the right kind of chemistry and stimulus for the people we are serving, and then we have the opportunity to take that success and reinvest it back in the community.

“Becoming a leader is synonymous with becoming yourself. It is precisely that simple and it is also that difficult.” -Warren Bennis

Do You Go to Work or to Mission?

“This concept of service that [Outward Bound founder] Kurt Hahn felt was so important,” said Laura Kohler, senior vice president of human resources, stewardship, and sustainability for Kohler Co. “Outward Bound is purposeful. It builds leaders for the future. It builds character in people.” This is also what Laura is doing at Kohler: creating a common sense of “why we are here” that attracts people who, like herself, feel called to lead the change toward greater sustainability.

“At Kohler people don’t come to make a beautiful faucet or toilet. They’re here because they want to give back and make the world a better place. They want to be a part of a company that is an additive,” Laura said

As an Expeditionary Leader, Laura helps guide thousands of Kohler associates who put the value of community responsibility into action with projects such as bringing safe drinking water to impoverished locations where employees live and work. Product designers and engineers worked on creating a filtration system that was affordable and easily transportable. Packaging designers developed a six-sided box that allowed them to ship nine filtration systems in a container versus six in a square box, further reducing the costs of production. Kohler’s multicultural team of associates even considered the color of the filtration system to avoid offending any culture. This project was born out of a workshop created by Kohler called “Innovation for Good,” which provides associates with the opportunity to harness their individual skills and collective knowledge to make the world a better place.

It makes sense that a company that produces faucets and toilets might also tackle the problem of creating a safe delivery mechanism for potable water. But to use its collective skills and knowledge, an Expeditionary Leader needed to be called. Laura explained:

We activate our associates to develop and adapt their knowledge. How we can create products that are sustainable? How can we lower the footprint on water usage? How do we make Kohler a net positive company? How do we make Kohler a legacy company that people in a hundred years will say, “There was this company that actually did good. It sold stuff, but it actually made the world a better place, strengthened the communities where it worked. It actually cleaned the environment. It contributed so that everybody could have access to clean water.” I want to be that company.

I observed this power of mission-driven servant leadership multiple times during my career. When I began working with The Home Depot through the North Carolina Outward Bound School, I heard countless stories from store managers about their encounters with Arthur Blank and Bernie Marcus. They would recall coming down an aisle and discovering one of them straightening a display or speaking with a customer. Respect for the founders’ commitment to service ran deep.

Perhaps the best example I saw was with Charlotte Pipe & Foundry. Outward Bound brought me in to help develop a leadership program with the company’s third-generation family leaders. Cousins Frank Dowd IV and Roddy Dowd Jr. took over leadership from their fathers. Both men had recognized that global markets were opening and posed a risk to the company. They decided to develop their leadership bench by pushing ­decision-making down and across the company. This new structure meant that people unaccustomed to making strategic company decisions were now being asked to step up and take on leadership roles.

Changing a century-old company is not an easy undertaking.2 It would have been nearly impossible if not for the deep respect the two cousins had earned through service to their employees.

One story that stands out for me came from some of the foundry managers. They told me how Roddy would show up on the hottest days of the summer, put on work clothes, and work part of the foundry ­workers’ shift. This simple act of kindness was an extension of the deep-held respect that the leadership of Charlotte Pipe extended to all its workers and vendors, and even to me when I visited their offices to train or coach. In turn, the employees honored the Dowd family through decades of their own service to the company. Many have worked there for their entire careers. Frank and Roddy exemplified the qualities that underpin the Expeditionary Leadership ideal of service. It was a privilege to work with men of such great character.

“We are all learners, doers, and teachers.” -Richard Bach

For more information, see Outward Bound Lessons to Live a Life of Leadership.

Why Businesses Must Think Beyond Shareholders

What this CEO Learned from Having Covid-19